For years, the concept of a head transplant has conjured illusions of Mary Shelley’s Frankenstein, rather than being a tangible reality. Now, however, brain surgeon Sergio Canavero has proposed an operation, set to take place in 2017, in which a living human head will be transplanted onto a donor body. If it were to be successful, it could have hugely beneficial medical implications for the treatment of cancer, quadriplegia and diseases such as Amyotrophic Lateral Sclerosis (ALS).

Canavero, a member of the Turin Advanced Neuromodulation Group in Italy, has described the proposed surgical procedure in a recent journal publication in Surgical Neurology International. The head donor is Russian Valery Spiridonov, (from Vladimir, Russia, is) a sufferer of Werdnig-Hoffman disease, a terminal and debilitating genetic disorder that leads to wastage of voluntary muscle and gradual loss of motor control. Though many volunteered, Canavero remains adamant that priority should be given to sufferers of a degenerative disease of the body, but who have a healthy head. In an interview, he stated that head transplants are not for those who are “old and arthritic”, but as a last resort treatment for severe medical conditions.

The first stage of the surgery involves cooling the head and donor body in order to extend the length of time cells can survive without oxygen. Canavero and his team will then dissect the neck tissue, using tiny tubes to link the main blood vessels. The spinal cord must be cleanly severed to avoid long-term damage, and therefore special surgical equipment will be used to slice the cord so that a force of only 10N is exerted compared to the average 26,000N force typical of spinal cord injuries. The head will then be transferred to the new body, during which time there will be a momentary period of clinical death in which blood is drained from the head before reattachment.

The spinal cord fusion involves submersion in a group of chemicals known, somewhat inventively, as ‘fusagens’. One particular fusagen that will be used is polyethylene glycol, which promotes the meshing of fat in cell membranes. Repeated injections of fusagens will continue for several hours subsequently.  Following the joining of the muscles and blood vessels, the patient will be kept in a coma for up to 4 weeks to restrict movement, and will receive electrical stimulation via an implanted electrode. This is hoped to aid fusion of the spinal cord and strengthen nerve connections. If fusion fails, stem cell injections may be another viable option. Canavero has estimated that the surgery should take approximately 36 hours overall plus a year of physiotherapy to recover complete movement.

Others, however, remain sceptical as to the outcome and effectiveness of the treatment. Dr Christopher Winfree, assistant professor of Neurological Surgery at the College of Physicians and Surgeons in New York City, believes that the main concern is spinal cord fusion, as current technology does not allow for full healing. There are also concerns surrounding ethical issues, as some believe the body to be intertwined with the sense of self, and that interference with this could be seen as ‘playing God’. Success of the procedure could raise the question of where the line should be drawn, for instance treating patients with body dysmorphia or those wishing to extend their life span. Technical risks include the body rejecting the head, inability to breathe independently or paralysis, though Winfree suggests that none of these are insurmountable issues. Canavero has responded to critics by reminding them of Valery’s condition and poor quality of life, and views spinal cord fusion and prevention of head rejection as achievable goals.

The first head transplant attempt took place in 1954 when a surgeon called Vladimir Demikhov attached the head of a puppy to the body of an adult dog, meaning the resultant animal had two heads. Despite further experiments, none of the dogs lived for longer than six days. The first ‘successful’ head transplant was conducted on monkeys in 1970 by Robert White of Case Western Reserve University School of Medicine in Ohio.  While the head was effectively transferred, he failed to reattach the spinal cord and therefore the monkey was completely paralysed. Artificial assistance was also required to enable it to breathe and it died after just nine days due to rejection of the head by the immune system. Since 1970, very few head transplants have taken place, but surgical procedures have vastly improved in the past few decades. A recent study by Xiao-Ping Ren from Harbin Medical University in China made a breakthrough in overcoming cardiac ischemia (death of brain tissue due to insufficient blood flow) during head transplants on mice, which was one of the key problems in prior experiments. This has contributed to Canavero’s argument that “the technical aspects are now all feasible”.

The operation itself was proposed in 2013, but is set to be officially discussed at a surgical conference run by the American Academy of Neurological and Orthopaedic Surgeons in Annapolis, Maryland next month. The conference will allow for both ethical and other objections from those in similar fields as well as providing an open offer for collaboration with those intrigued by the procedure. The operation, which will take place in either the USA or China, will require a team of 100 medical workers and incur a cost of $15 million. The date is set for Christmas Day 2017, and is intended by Canavero as a “gift” to Valery. Whether successful or not, it will undoubtedly also be a gift to the entire scientific community. 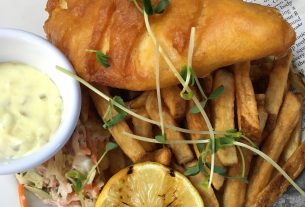