Their 1-0 win over Crystal Palace sealed it – with three games to spare, Chelsea won the Premier League for the fourth time in 11 years. Their triumphs didn’t stop there – six Chelsea players were in the PFA Team of the Year, Eden Hazard was crowned Player of the Year, and José Mourinho received the Manager of the Year award.

Chelsea’s utter dominance this season is further revealed by noting the 274 days they have spent at the top of the league, which surpasses the record of 262 days at the top set by the Manchester United team of 1993/94.

Arguably, Chelsea are the most emphatic Premier League Champions ever. Yet there have been numerous questions as to their worthiness to that title.

Arguably, they have earned the right to play ‘boring’ football

It is certainly true that Chelsea have not lived up to the last five Champions’ standards when attacking. Chelsea have had the total of shots (375) and the lowest shots-per game (11) of any title-winning team from the past decade. These numbers seem measly compared to Manchester City’s 2011-12 title winning team (526 total shots, 13.8 per game), and even Chelsea’s own 2009-10 title winning team (627 total shots, 16.5 per game).

However, Chelsea have not needed to be better than this – and, arguably, they have earned the right to play ‘boring’ football if they please. A tight title-challenge similar to that which we’ve seen in recent years rarely seemed like it was on the cards in this campaign. Manchester City’s ageing squad and Manchester United’s rebuilding process held back any serious competition from them. Moreover, Arsenal’s persistent failure to pose a sustained title challenge, and Liverpool’s fading quality, meant no-one ever truly threatened Chelsea.

And their lack of rivals is pertinent. After Chelsea’s 3-0 defeat to West Brom, Mourinho claimed other top contenders were to blame for letting them win the title so early. He claimed that, if some pressure had been applied, Chelsea may have been forced to play more expansive, attacking football – rather than merely grinding out the results they needed and letting their season peter out.

However, we should question Chelsea’s ability to step up, if someone had indeed properly challenged them. Paris-Saint Germain’s victory over Chelsea in the Champions League highlighted the latter’s shortcomings. PSG spent the majority of the second leg with 10 men, playing away from home, but defensive weaknesses and a lack of attacking penetration meant that the Londoners were unable to capitalise. Don’t be fooled into thinking that PSG are a member of Europe’s elite, either – Barcelona’s 5-1 thrashing of PSG in the next round further suggests just how far behind Chelsea are from their supposed peers on the continent.

But, despite this, a comparison between Chelsea and Juventus adds some reality to Chelsea’s relative position. These two teams have the worst overall figures of the Champions of the top five leagues but, whereas Chelsea got knocked out of Europe at the Round of 16, Juventus have made it to the final. Regardless of the difficulty of their respective leagues, Juventus have had what it takes to step up when needed, whereas Chelsea simply haven’t.

Chelsea haven’t been able to step up when needed

In relative terms, Chelsea’s worth can rightly be questioned. They are a good team, but not a great team. But what cannot be argued is that they were the best team in the Premier League this season. In Mourinho’s words, they did “everything a team needs to do” to win the league. Mourinho arguably had the best tactics, not losing to any key top 5 rivals. And Chelsea had huge mental strength and a balance that no other team had.

Moreover, in questioning Chelsea’s worth as Champions, it is often forgotten just how good Chelsea were at the start of the season. Over the first 19 games, Chelsea averaged 2.42 points per game, bettered only by Real Madrid and Bayern Munich. They also scored at least twice in 14 of those matches, contrasting with the fact they haven’t scored more than a single goal in 9 of their last 13 games.

Chelsea could be suffering simply from the order of things, where people remember their slow end to the season, rather than their ruthless start. Although easy to see negatively, this method could be seen as a masterclass in how to win the league. This method is similar to what Sir Alex Ferguson did with Manchester United, although they tended to peak at the end of the season instead.

This season, Chelsea can be seen as a ruthless and efficient results machine, if not yet a great team who can seriously challenges in Europe. Chelsea know they have some catching up to do, but so do their rivals. It is set to be an interesting summer ahead. 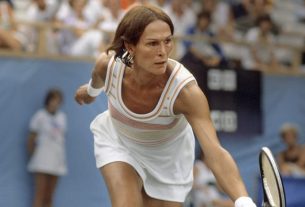 Uncertainty over the participation of Transgender Athletes in Varsity