Preachers were seen holding signs with slogans including “abortion is murder”, and “evolution is a lie”, as well as quoting the Bible and addressing specific passers by.

John Paul, a first-year Music student, said: “One guy picked me out when I was walking down the street and told me that I was an abomination. I wasn’t entirely sure what I’d done wrong, and to be honest, there wasn’t much else I wanted less on a Saturday morning than to be accosted coming back from the library.

“They were really intimidating and it was just a horrible experience. Nobody should have to feel targeted when in a public place – and referring to abortion being “murder” like that was incredibly insensitive and potentially triggering.

“I can only imagine what it must be like to see something like that if you’ve been through an abortion, and might have really struggled with the decision.

“I don’t understand how hate like that is allowed to be shouted in the city centre, particularly when the City Council are trying to regulate buskers and proposed stopping pigeon feeding. I think that there’s more important things they could be concerned with.”

Pictures taken by students who witnessed the event also show a sign also put up by St Michael’s Church, showing an image of a rainbow and saying “Local Christians say God is Love, no more hate preaching”.

Another, anonymous, first-year student said: “It was totally ridiculous. As a Christian myself, I don’t understand how yelling at people in the street and shouting doctrine (which the vast majority of Christians disagree with) is in any way helping to spread a Christian message.

“St Michael’s definitely had more of the right idea. The ultimate message in the Bible is one of love, for your neighbours as well as for God. People like this are responsible for turning others away from faith”.

According to St Michael’s, the church “opens doors every day to invite those who would benefit from a few moments of reflection and prayer”.

They also add that their “core value” is “the hospitality of Christ ”. Saturday also saw the Oxford Pride parade, celebrating the city’s LGTBQ community. The parade began in Oxford Castle Quarter and Paradise Street. Festival goers marched from Ship Street at noon before moving through the city along Cornmarket Street and ending their parade at the festival’s main locations. The parade would therefore have passed by the preachers.

OUP vows to reprint the controversial works of Indian scholar 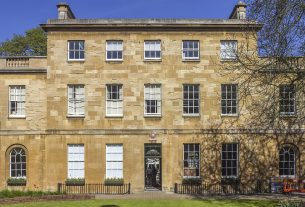