Amid the ongoing crisis in which migrants from North Africa risk their lives crossing the Mediterranean sea, refugees battle to cross Europe from Turkey, and asylum seekers continue to take their chances at Calais, one of Oxford’s new political discussion groups has responded with a significant contribution to a relevant charity.

According to its founder, Jacob Williams, Open Oxford was established to provide a forum in which “all opinions, no matter how offensive some might find them, are given fair hearing and judged on their merits”. The group has since enjoyed substantial popularity amongst the politically affected student community, with over 1,800 members on Facebook, and new threads stimulating impassioned debates daily.

The group most recently made the news after many members collaborated to buy a cup used by Labour leadership contender Jeremy Corbyn, raising £51 for the charity Age UK. Following on from the surprising success of this first collaborative venture, Open Oxford member Eleanor Sharman decided to apply the fundraising zeal to a new cause, encouraging donations to assist migrants in danger as they attempt to reach the safety of European countries.

Within a short while many Open Oxford members responded to the appeal, donating or pledging money to the charity MOAS, Migrant Offshore Aid Station, who work towards “preventing loss of life at sea by providing assistance to migrants who find themselves in distress”. Over £200 was raised within half an hour, and at the time of writing pledged and paid contributions total £850 according to a spreadsheet tracking the progress of their fundraising.

One anonymous contributor to the campaign said of its rapid success: “A brilliant demonstration of the power of social media and proof of the kindness and generosity of Oxford students. I hope the campaign will spread to other Oxford Facebook groups and societies.” 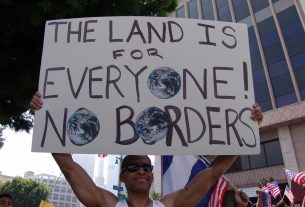