From the teeming, green humidity of the northern rainforest, across the Andean highlands, down through the sprawling Pampas plains to the frosty tips of the end of the world, Argentina, geographically speaking, has it all.  I had the great fortune of spending two months of my year abroad there, volunteering with a charity, speaking Spanish and generally taking it all in. Whilst the whole country certainly has plenty to get excited about and cry for, it was the elegant, theatrical Paris of the South in which I was based and which has inspired my unreserved ‘Buenos Aires, je t’aime’.

It is in unsurprising that Borges’ hometown would be awash with bookshops and stalls, both large chains and charming boutique finds. There are endless librerias to discover, the crown in the jewel being the awe-inspiring El Ateneo, on Avenida Santa Fé; a beautiful flagship bookstore built into an old theatre, with elegant rows of shelves as the audience and a plush reading room on stage. My favourite, and much cheaper alternative, was the Libros del Pasaje, which combines creaky ladders with free WiFi to give an unbeatable, tucked-away atmosphere. The booksellers at Plaza Italia are also well worth a visit and have a great, bargain range in Spanish and English. The Museo del Libro is worth a visit, as is the central ‘Manzana de Luces’ . Literally the ‘The Apple of Light’, the working translation would be the ‘Block of Enlightenment’, the first institution in the Americas to offer a classical education, and later became the fledgling University of Buenos Aires following the Argentine war of independence in 1821. Now plenty of affordable plays and readings go on here, and all over the city regularly.

The free museums here offer plenty of ways to deepen one’s knowledge of Argentine culture and history without paying a peso. In terms of art, the Museo de Bellas Artes in Recoleta is free and has plenty of Renaissance painting and also s

ome modern pieces and installations. The Recoleta Cultural Centre has excellent contemporary photography displays and comic book strops, including the feisty, quintessentially Argentine 1960s comic strip Malfalda, in which the eponymous six-year-old debates communism, nuclear disarmament and the Vietnam war with her non-plussed parents. For history, the National Historical Museum is a huge, well-resourced modern collection which details Argentina’s progression from late Colonial bloomer to international powerhouse in the early 20th century. Slightly further out, the Human Rights Museum is a former clandestine detention centre turned into a wonderful, vibrant space dedicated to the promotion and protection of human rights. It is also home to the impressively equipped  Museo Malvinas e Islas del Atlántico Sur, dedicated to the Falklands. Whilst unwavering in its position that the islands are Argentine the museum did justly acknowledge the failings and brutality of the dictatorial regime in the events leading up to the conflict, whilst also dedicating a large part of the museum to the island’s flora and fauna.

The people of Buenos Aires, porteños, are an extremely friendly and welcoming group. I frequently had pleasant conversations with strangers on buses, usually starting with an explanation of where the bus was actually going, but then expanding into other topics, ending with the Argentine kiss and a cheerful goodbye. As well as locals, Buenos Aires, due to its good air links with Europe and North America, is often the first or last stop on backpackers’ trips. This creates a global village atmosphere and an environment of mutual support, with plenty of people to help you get your bearings and to socialise with from all over the world.

Vocab tests and grammar books do not help when getting to grips with Argentine Spanish. Called, castellano, rather than español, Rioplatenese (named after the river Rio de la Plata) Spanish, spoken in Buenos Aires and Uruguay, is full of unique words and slang. Whilst there are grammatical differences in the formation of the ‘you’ form (‘vos’ versus the standard ‘tú’) and spelling differences for verb conjugations, the ubiquitous exclamations are what stand out. Nearly every sentence is preceded with the Italian sounding ‘Che’, a gender neutral equivalent of ‘dude’ A ‘pibe’ is a guy and a ‘mina’ a girl. Situations and new people are assessed for their ‘buena onda’; essentially good vibes, the absence of which may lead to a ’quilombo’ a disturbance or commotion that could range from a disaster to a palaver in scale. ‘Quilombos’ occur many times daily in Buenos Aires, which may lead one to cry out ‘Che, boludo!’ (literally ‘balls’) which means either ‘dickhead’ or ‘mate’ depending on the person or situation to which it’s applied.

American actor Robert Duvall once said: “One thing I like about Argentina, they only cook with salt; that’s it.”. If this is true then they are using a remarkable kind of salt. Argentina, and Buenos Aires in particular, is a culinary phenomenon. Although more European influenced than the cuisine of the Andean or jungle regions of countries like Peru or Ecuador, Argentina’s beef products are legendary. As well as steak, the smoothest and most buttery known to man, Milanesas are a delightful flattened, elongated chicken nugget, sometimes filled with tomato sauce and eaten in a sandwich. Argentina’s pocket-sized take on the empanada is a tasty snack, smaller and deeper fried than their Peruvian or Chilean equivalents. For vegetarians there is endless pizza and pasta, betraying again the city’s Italian contingent. Everyone enjoys a medialuna; the classy, mini croissants made with swee

tened dough. Restaurants are reasonable and many a friend is made around the barbeque at an Argentine asado which, unlike in the UK, is an all year round event.

There are a couple of less savoury culture shocks to negotiate in Buenos Aires, which although are at first disarming soon become a routine part of the experience. Firstly, the public transport, although one of the best networks on the continent, is often late and hard to understand. Importantly, buses and the metro, the Subte, are safe and do come in the end. What’s weirder is the current economic situation. Due to complicated economic and political factors, the value of the Argentine peso has become very unstable so Argentines turned to dollars to protect their savings. The government responded by making dollars very difficult to obtain and as a result there are now two effective values to the argentine peso – the official rate which is about $1 to 9 pesos, and the ‘blue rate’ which varies but on average is about $1 to 13 pesos. ‘Blue’ because, although nominally illegal, it is so tolerated it has become semi-official. This could mean that changing or obtaining money for an economically illiterate tourist becomes a demanding task. The only way to change physical dollars in Argentina is by going one of the ‘cuevos’, or caves, most are perfectly fine Western-Union style shops, used by every cross section of society. The Blue Market is so accepted that even national newspapers report the daily rate. If you want money this way on a weekend, or are fishing for a better rate, one can go to the actual black market on the street, but this carries higher risk of fraud or safety risk. If you run out of physical dollars, you have to pay a visit to quaint Colonia, in nearby Uruguay. As dodgy as this sounds it is done by almost everyone. An unfortunate dependence has developed on this ‘blue’ rate, which hopefully will be properly addressed by the Argentine government soon.

That said, Argentina, for the reasons listed above (amongst others; football, Tango and penguins to name a few) is a wonderful place to be. 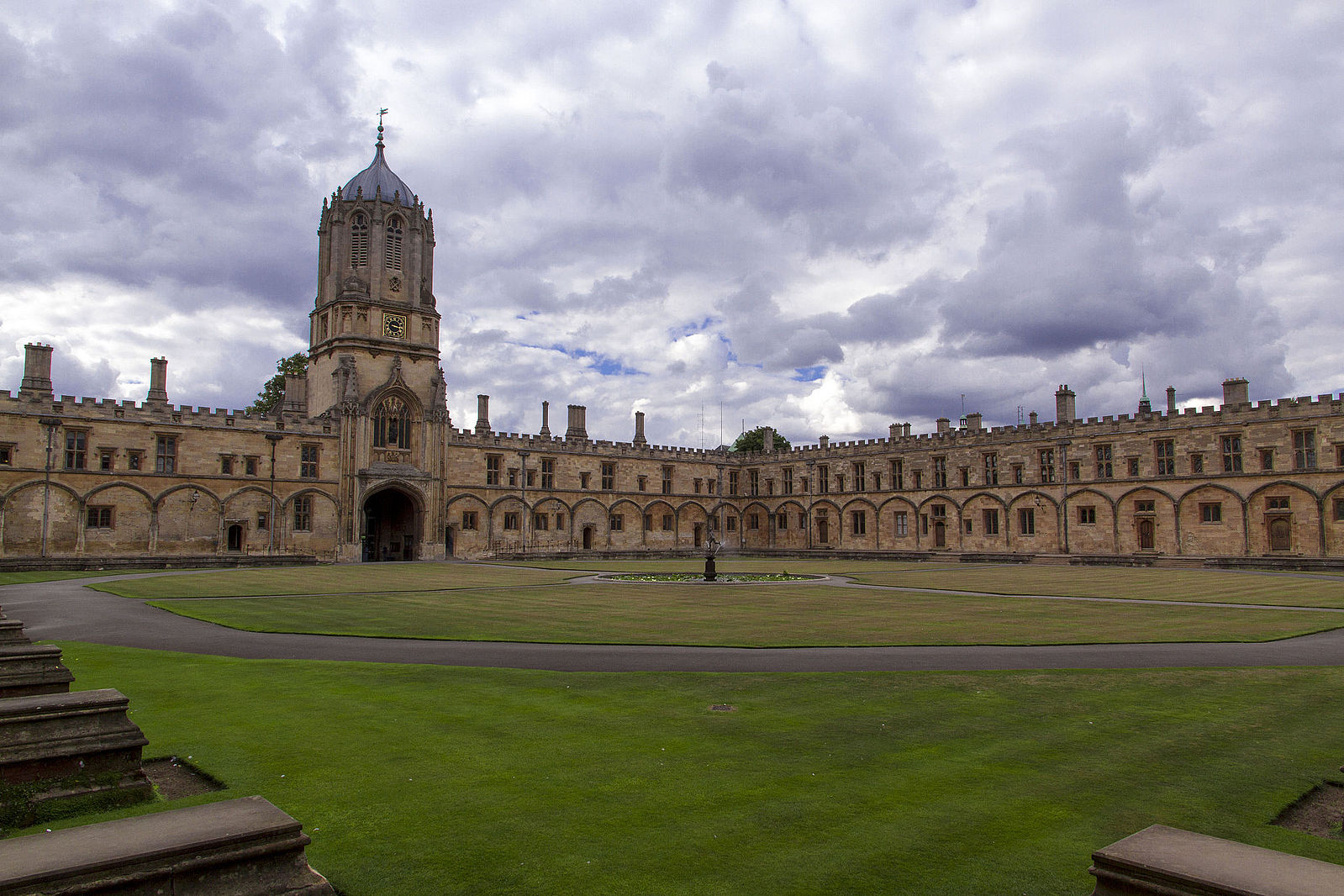