It doesn’t take long for Oxford students’ debauchery to catch the interest of the national media.  But something else, not unrelated, gripped the imagination of the press last week: The Piers Gaveston society, at whose meeting David Cameron’s now infamous indiscretion with a pig allegedly took place. From The Guardian to The Daily Mail, newspapers have plastered their pages with photos of Nigella Lawson, Hugh Grant and co. in opulent settings and clad in glamorous attire, offering the hoi polloi a voyeuristic glimpse inside Oxford University’s “secretive sex and drugs club”.

But is the Piers Gaveston, along with similar drinking societies, really worth the glamorisation and mystique? Drugs and sex are hardly particular to Oxford students, and reports from a night with the “Piers Gav” are underwhelming.  It seems that, rather than being inherently noteworthy, what makes these societies unique is how they are perceived by those on the outside.  The name, Piers Gaveston, no longer seems to refer a society like any other (or to King Edward II’s lover, after whom the society was named, for that matter) but to a caricatured ideal of excess, exclusivity and mystery. This ideal is upheld by cherry-picked photos of its most famous and fashionable associates as well as dramatised accounts of what is, essentially, a handful of rich students taking drugs and copping off with one another.  The problem is that the media’s tendency to focus on what is really a small, peripheral aspect of life at Oxford becomes, in the public eye, the very essence of the University’s identity. And so the public is left with a vastly distorted image of Oxford.

Importantly, this image is self-perpetuating.  The ready-made and fit-for-purpose media stereotype of Oxford students makes it easy for current undergraduates to play up to, as the number of subfusc-laden profile pictures and the Instagrammed college quads attest.  And who hasn’t omitted, when answering the question of what life is really like at Oxford, all but the most interesting parts? We know, once we get here, that this is in many ways a normal university, providing many of the same services one could find elsewhere. But the more we play up to this stereotype, the more the media will caricature us, and so the cycle continues.

This process is far from harmless, however, and it is indicative of a deep, structural hypocrisy within the media. The very same papers that perpetuate this false public image of ours, that have spent the past week elevating the Piers Gaveston into the mysterious realm of the ideal, will be the first to point out and criticise Oxford’s disproportionate intake of students from privileged backgrounds.  But the media is partly to blame. It is an oft repeated fact that, of the state school students who apply to Oxford, a very similar proportion is successful as those applying from public schools.  This suggests that the disproportionate number of successful public school applications is not because of the admissions process itself, but rather because state school students are put off applying in the first place.

Many bright people shun Oxford for fear that they won’t fit in or that they’re not the “right kind of person”. Reading in national newspapers tales of aristocrats and celebrities-to-be swigging champagne and snorting cocaine during their time here, it’s not difficult to understand why so many feel this way. To set up Oxford as an object of voyeurism and to reduce the public to the role of voyeur, as the media have done this past week (and many times before), is to cast Oxford as closed, secretive and ultimately unattainable.

The Oxford that exists in the public eye is a construct of the media themselves, and is distinct from the Oxford of reality.  Unfortunately, it is the former that matters when speaking in terms of access; for those for whom Oxford is still a distant possibility, it might be the only impression they have of the University. Of course, the University, which has a responsibility to debunk common media myths and expand its outreach programmes, is equally guilty.  But the next time you read in the papers of how Oxford attracts the privileged and repels those who are not, remember which Oxford it is you’re reading about and who created it.

We need to talk about climate change 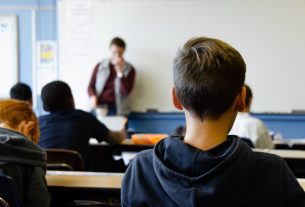 Why We Shouldn’t Reopen Schools