With his quizzical look and flyaway hair, Ben Goldacre’s departmental photo makes him look every bit the mad scientist, but this scientific polymath (currently an author, broadcaster, doctor and academic) is at the forefront of one of the biggest medical movements in the last 50 years. With the enthusiasm of a Teach First chemistry teacher, he describes himself as a ‘popular epidemiologist, studying the science of what’s good and bad for you’. Yet to many in the medical and scientific communities, he is more of an evidence-based evangelist. This is a man enthused by all aspects of science – when talking to him, every example mentioned is heralded as ‘interesting’, ‘amazing’, or ‘fascinating’. His current academic work focuses on maximising the use of evidence in medical decision-making, but he remains a popular speaker, working to improve the public understanding of science.

Having returned to Oxford from training as a registrar in psychiatry, he’s taken a post as a Senior Research Fellow at the Centre for Evidence-Based Medicine, working to bring the ‘practical application of evidence to real-world medicine’. I ask him about evidence-based medicine, the fundamental principle of which is using clinical trial data to inform medical decisions, and he responds with typical enthusiasm, ‘the immunological lab stuff is fascinating, but all that really matters is what works well with real patients’.

He’s planning a ‘raft of projects, some of which are still top-secret’, and excitedly tells me about one of his most recent developments. Together with a number of scientific groups, Goldacre is working to publicise the Open Trials Database, which aims to improve transparency from clinical trials. He’s also on a mission to find trial data that goes ‘missing in action’, because studies have suggested that up to half of clinical trials are not published, and positive results are far more likely to be published than negative results1. This leads to skewed, unrepresentative data that suggests treatments are more effective than they really are, known as publication bias. Goldacre’s also up for ‘calling out individual trials’ if necessary, noting some researchers are guilty of changing their outcomes after starting the trial, ‘burying their results in an admin warren’, and going on ‘statistical fishing trips’ to produce favourable evidence. Clearly, he’s not afraid of challenging the status quo, but it’s exposing frauds and falsehoods that has demarcated him since he first started writing.

His first book, Bad Science, has sold over 500,000 copies since it was published in 2008. Its success seems to be due to Goldacre’s explanation of how science really works by demonstrating quacks’ scientific ignorance. He broke down attention-grabbing tabloid science headlines, tackling the idea that ‘brazil nuts prevent cancer’ with real epidemiology. In the book, Gillian McKeith, nutritionist and I’m a Celebrity’s worst-ever contestant, was particularly exposed after he had his dead cat Hettie accredited as a certified member of the American Association of Nutritional Consultants too. He followed with Bad Pharma, about scientific misbehaviour in the pharmaceutical industry, and is about to publish a book on statins, the controversial drugs among the most widely-prescribed in the world.

As an author, he’s ‘baffled there’s been no popular epidemiology before’, because it’s epidemiology we love to see in the papers. I ask about the public understanding of evidence based medicine and he explains that he needs to engage the public because ‘regulators have failed to correct, for example, publication bias. We’ve known about it for 30 or 40 years and yet there have only ever been half-hearted attempts to fix it. The public get quite cross – they’re not surprised that companies are hiding results, but they’re surprised academics and professional bodies have let them
get away with it’.

I ask if any of his patients ever recognise him. He says he’s lucky to have ‘highly contextual microfame’ – every so often he’s ‘stopped by a stranger in the street, who wants to have a really interesting nerdy chat’, and tells me a touching story about a chronically ill patient praising him for his work with AllTrials, a project calling for all clinical trials to be registered and reported. If he could change only one thing to improve the public understanding of science, it would be ‘to teach epidemiology (the science of what’s good and bad for you) in schools. It’s simple, straightforward and interesting, as well as thought-provoking and teachable to 14-18 year olds.’ I ask him what the world would look like if he could wave a magic wand and fix science. His response? ‘That would be cheating.’

He believes that the future of medicine will have ‘patients and professors who are better at critically appraising evidence and a health service which monitors clinical activity to spot outliers… The big blockbuster drugs aren’t going to change that much, but there might be more refining our understanding of treatments and our use of them.’

When I ask about his undergraduate days at Magdalen, he counters with ‘do you want some kind of story about me putting a part of my anatomy into a pig?’. He came to Oxford, where his father is a professor of public health, originally planning to become a neuroscience researcher. After his pre- clinical years, he studied functional brain imaging in Milan, and completed a Masters in the Philosophy of Mind. ‘Almost on a whim’ he decided to finish his clinical degree, because he ‘thought it would be interesting. It’s actually mind blowing, being a young person, suddenly sitting with dying elderly people with no family, delivering babies, talking to men your own age about their personal problems, and seeing children in mortal peril. It’s the greatest 3-year conveyor belt of human life experiences, and it can transform you. It really affected me, and I couldn’t imagine doing anything other than seeing patients after.’ As a passionate doctor, enthusiastic researcher and all-round ‘nerd evangelist’, it’s clear that there’s rather more to Ben Goldacre than his mad-scientist photo on the PHC website might suggest. 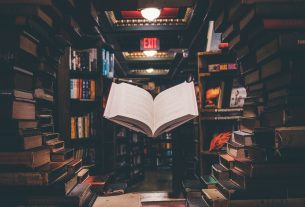 A year in Vienna