From the first frame of Robert Zemeckis’s cult classic, time is of the utmost importance. Doc Brown’s room full of clocks offers stark imagery, and though the eerie feel belies the fun tone of the following two hours, intrigue pervades the opening. But although Back to the Future may have been an intriguing premise, the result is more outlandishly fun than anything. Huey Lewis’s bouncy featuring track, The Power of Love, wonderfully frames the undeniable panache of Michael J Fox’s lead, Marty McFly, and it’s his charisma which is the main locomotive of the film. However, Fox was not always first choice for the part, only taking the role 6 weeks into production after it transpired that the original lead, Eric Stoltz, wasn’t the right fit. According to writer/producer Bob Gale, “the humour just hadn’t been coming through Eric”, and so Fox took the role which would define his career.

Now, some thirty years later, Back to the Future has become a cinematic touchstone from the Eighties, however, the film’s creation was not a certainty. Indeed, though it is now seen as a film which captured the decade, the initial feedback on the script was that Zemeckis’s adventure was too fluffy, and not punky enough for a licentious youth market. Part of the issue was that Zemeckis seemed reticent in accepting the help of his mentor Steven Spielberg. It was the combination of Spielberg’s eventual involvement and Zemeckis surprise directorial hit, Romancing the Stone, which pushed Disney into taking the chance. And make no mistake, this was a risk for Disney; the film’s premise was playing down the successful elements of the era (teen comedy) and supplanting them with the hit-and-miss time travel element, as well as a smattering of inadvertent incest.

From a purely commercial point of view then, Back to the Future was a risky piece of business, and its modest Box Office gross in the US accentuates this. Adjusted for inflation, the film’s $200 million gross was certainly solid, but paled in comparison to other sci-fi hits such as The Empire Strikes Back and E.T: The Extra Terrestrial. Indeed, Back to the Future doesn’t feature in the top 10 grossing films for the 80s, and is ranked 141st in terms of domestic box office gross. But, as has been proven, box office gross doesn’t directly correlate to a film’s longevity. The case in point is The Shawshank Redemption, a film which stumbled into breaking even on its production costs and was met with a frosty critical reception by some. However now Shawshank is regarded as a true classic, and sits proudly at the top of the populist barometer of film: The IMDB Top 250. How then, did film with a middling box office record and a risky premise become such a hit?

Perhaps the key to Future’s success is its iconic moments and images. The DeLorean has become the fanboy’s vehicle of choice, rivalling even the Millennium Falcon. Once again however, the path to this iconic vehicular choice was not straightforward. Indeed, the more prosaic early drafts of the script had the time machine operating simply out the back of the van. Yet this inspired choice offered a lasting image, and created a pretty mesmeric poster for the film. As mentioned earlier, the film also benefits from its successful fusion of light entertainment and severity. Though Marty is essentially fighting for his own existence, he does so by inadvertently romancing his mother, befriending his lovable (if painfully geeky) father, and practically invents skate-boarding. Beyond Marty however, the support cast are at times lovable caricatures. Doctor Emmet Brown (Christopher Lloyd) is the archetypal mad scientist, whilst George McFly (Crispin Glover) plays the painfully awkward social wallflower who will later become Marty’s dad. There are occasional bouts of hammy over-acting, but the overall picture is one of comedy in the face of a pretty drastic situation.

It’s this overall vibe which makes Back to the Future a classic; cavalier storytelling immersed in a film which balances comedy and drama. Strangely, it’s actually after the apparent resolution to the problem that the real drama ensues. The Enchantment under the Sea Ball scene seemingly offers a soft and pithy remedy to the film’s peril, but the desperate attempts of Marty and Doc to ensure the former can reach 1985 offers a deeper, more suspenseful end to the action. By the time the credits roll, there is a palpable feeling of excitement and contentment with the previous two hours of cinema. As has been seen, this is mostly due to the action and craft behind the piece, but equally, Back to the Future taps into a pervading sense of wish fulfilment. Simply, who hasn’t pined to go back and change the near or distant past in hope of a better present or future? In so doing, the film offers a nuanced counterpoint to its entertaining beat; thus creating a piece of film which offers a timeless appeal.

Although Back to the Future 2 sees the team head to the seemingly intangible future, we have now reached that touchstone; 2015. The renewed interest in the franchise has seen the re-distribution of the trilogy and the creation of an already warmly received documentary named Back in Time. All of this runs counter to the hesitancy which the project faced in its fledgling stages. A film which includes time travel, Libyan nationalists, questionable family relationships and a clichéd ‘mad scientist’ on paper doesn’t work. However the finished product defies that logic, and in so-doing creates an iconic two hours of film which simply Mcflys by.

A Freshers guide to Oxford drama 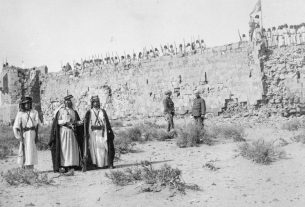 Lawrence of Oxford Exhibition: An in-depth insight into a fascinating life