Named by Forbes as “Africa’s Most Successful Woman”, Mo Abudu is a force to be reckoned with. She began working in HR – and before long had developed her own specialist HR development company. When that became too successful, she set up the Inspire Africa foundation, to emphasise the “new Africa” through media, and then in 2013 launched Ebony Life Television, a pan-African TV network  which broadcasts to 49 African nations and is looking to expand into the Carribean.

Abudu has interviewed presidents and politicians from across Africa, as well as Hilary Clinton, so I’m more than a little intimidated to sit down with my own scruffy notebook and pen and try and live up to anything like her own standards.  Luckily, Mo Abudu seems as comfortable chatting to a student journalist in the corner of the Union bar as she is in the boardroom.

“I have a real fear of failing,” she says, folding her hands in front of her. “I think that when I go into something I don’t know, I always to push and drive to do the best that I can”.

Going headfirst into worlds she doesn’t know is nothing new to Mo Abudu: during her earlier Union talk she described her experience of diving headfirst into the world of television without any prior experience, driven by a need to “tell the African story”. and reform the narratives which people are used to hearing.

“People need local heroes, not just distant figures from the Russian or the US.

“Ebony Life isn’t a political or business channel; it’s for entertainment and reality shows. But through programming you can impact the lives of everybody watching.”

Even though we’re alone, she still mamages to convey the same passion and engagement that had distinguised her earlier talk as she goes to explain how her TV programming can make a real difference in engaging Africa’s young.

“Drama can send a strong message – look at the film that’s just come out, Suffragette. Women watch something like that and think “wow”. Maybe if we produce a talk show and feature a young entrepreneur, someone could be watching at home and think “if they can do it, so can I”.”

In particular, Abudu draws my attention towards one of Ebony Life TV’s newest comissions, a programme focused on an ambitious young woman “dealing with doing all the things men think she can’t”.

“After all,” she continues, “Women globally face the same discriminations. It’s twice as hard when you have to cope with children, marriage and the menopause, and so you have to understand that some men think we’re not capable”.

“We need to prove that we can do more, and the responsibility to do that is ours, and our weapon is success.”

About half-way through our conversation, I also bring up the topic of faith, something which was touched on briefly during the Union discussion. Abudu answers with the same confidence and conviction that has defined her responses up to this point. “I’m not going to apologise for my faith. All success is relative and whatever I have is granted by His Grace Some people don’t want to hear about it, but faith is a part of me”.

With future expansion of Ebony Life on the horizon, Abudu is also looking inwards – and towards God – to question what her next steps are going to be. One thing is clear though: she doesn’t plan on stopping any time soon. 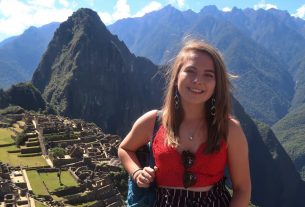