Akala is challenging preconceptions. For one, he believes that hip-hop and Shakespeare have more in common than we might imagine.

“Hip-hop doesn’t make Shakespeare easier,” he explains. “It can make it more exciting.” Akala, hip-hop artist and founder of The Hip-Hop Shakespeare Company, likes to look beyond boundaries.

“It’s because hip-hop is from the ghetto. It’s taken a little longer than usual [to gain acceptance in the academic community], but that’s normal. Even the theory that Shakespeare didn’t write his own plays, in my view, is a product of the fact that he didn’t go to Oxford or Cambridge.” Akala is softly spoken, but his speech carries a rhetorically rhythmic punch.

“Poor people, particularly poor people of colour, are not supposed to come along and be profound opinion makers, and changers of the way we view the world. Art can be another vehicle for power. So when you have people from the bottom rung of your society exerting significant power with their opinion, that can be politically dangerous.

“But if we look in America, there is an increasing body of academic work around the great hip-hop artists: Nas, Tupac, Eminem – people that really had something to say and interesting views on the English language.”

Although best known as a Hip Hop artist, Akala finds himself branded as a political commentator, activist, poet, writer and historian. He merits all this as a result of his work from appearances on political talk shows to rapping Shakespeare sonnets. He, however, sees connections in all his projects.

“I like to avoid the dichotomies that we all use to categorise things in the world. I prefer to see things as interconnected.”

Poor people, particularly poor people of colour, are not supposed to come along and be profound opinion makers

Akala connected Shakespeare and hip-hop when he founded The Hip-Hop Shakespeare Company (THSC) in 2009. Having performed plays and run educational workshops, they took Richard II on tour in 2013. “We took apart that play, kept the bits that we love and really rewrote the rest as songs.”

Akala founded THSC out of literary love, but also in reaction to misconceptions about hip-hip. “I got frustrated with the way in which hip-hop and Shakespeare were perceived. I did not like the way that MTV had a near-on monopoly on the way that people had come to understand hip-hop.”

Akala’s family is part Jamaican, so he was raised understanding the Caribbean and African-American culture from which hip-hop was born in New York. He did not see this reflected in MTV’s money-making agenda.  “As someone who grew up heavily in the culture [of hip-hop], I understood the origins of what is now a multi-million-dollar industry.”

But why pair hip-hop with Shakespeare? “For me, Shakespeare was rewriting and reinterpreting other people’s stories in a way that was interesting and innovative. He was a musical genius; I would hazard to add. If we look at the ways that he used rhythms throughout his career, just like hip-hop artist he was constantly experimenting with what we would call ‘flow’.”

Akala believes that not only is hip-hop a platform on which Shakespeare’s plays are at home, but that putting them there makes them more accessible. “Game, play and enjoyment are not opposed to serious learning.”

He suggests that Shakespeare is best viewed in the cannon of world literature that he hopes one day will include hip-hop. “I’m not into this idea that he was the only literary genius ever to walk the face of the earth. I think he was brilliant, but as people who mostly speak one language, we go around with this arrogance that he was the greatest writer of all time. How would you know? If you can’t read Mandarin, how would you know?”

Those unaware of Akala’s presence in the hip-hop community, might otherwise know him as a political commentator. He has appeared on a host of political talk shows, notably Frankie Boyle’s Election Autopsy on which Akala discussed xenophobia and denounced structural racism. But it’s all connected, as he relates his hip-hop to his politics.

“It’s not for me to say how hip-hop should be,” Akala comments, “but it’s not as political as I’d like it to be. I would like to see a time when more political, but that’s not now. It’s great that some artists will pick up the mantle, but we’ve certainly seen a total absence of politics from mainstream hip-hop beyond people telling us how many cars they drive and how much money they’ve got.”

Akala also contrasts with much of the hip-hop community in his ceasing to use the word ‘n*****’. “I have a problem with the mythology that it’s become some non-racialized, friendly greeting. We’re talking about a word that was used to justify extraordinary brutality, and extraordinary levels of persecution.

“Whenever people say to me, it’s just a greeting between friends, I say, ‘OK, would you call your mum that, or your grandma?’ Invariably people say no. My mum’s white and my dad’s black, clearly I love my mum, but if I started making songs about murdering ‘crackers’ or ‘honkies’ you’d probably think I was a bit crazy, not to mention racist. I think we have a certain double standard with these terms.”

Although Akala recognises the ambition to reclaim the term, he still does not use it in his songs. He has even used the word “brother” in its place when performing his early hit Shakespeare live, rapping: “I’m like Shakespeare with a brother twist”.

Akala also differentiates between the civil rights campaigners who tried to reclaim the term and today’s youth culture. “I get how in the Sixties, Richard Pryor used the word and it made racist white America uncomfortable – countering segregation by using the word so publicly.

“But the word’s lost its shock value. The reality for black life in America is not radically better today than it was fifty years ago. So the word for me hasn’t lost its potency because African-Americans are still living predominantly in segregated, racialized, impoverished neighbourhoods as the outcome of policy.

“So I’m not going to say it casually. It leads to the situation we have today when young white rappers say it. I’ll be honest, that makes me uncomfortable. If my mum, or white cousins said it to me I’d also feel uncomfortable. Knowing the history of the word, I can’t understand why someone would want to say it.

“White people don’t have the racialized relationship with the word as an oppressed group. The violence behind the word is something that many white people, and white society as a whole, whether they’re individually racist or not, benefit from. We talk about racism as if no one benefits from racism. We talk about sexism as if no one benefits from sexism. If men are given a disproportionate amount of the opportunity, even though women are obviously as intelligent as men are, then I’m going to benefit even if I’m not a sexist person. It is a gross cultural appropriation that has become normalised in American culture”

Akala seeks to find connections, not only between hip-hop and Shakespeare, but between language, its connotations and effects. And by connecting can we overcome divisions: “I’m much more in favour of interconnectedness than I am of division and categories.”

The coming months will see Akala bring together elements of his various projects to date, including a UK tour and a theatrical version of his graphic novel The Ruin of Empires. He is also due to speak at the Oxford Union on 27 October.

Rick Edwards: too hot for parliament?

What we can learn from Lee Kuan Yew 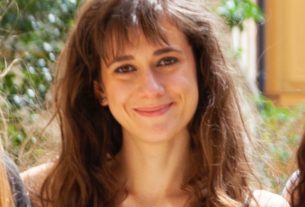