Anyone who has donated blood will know that the minutes spent in the (oddly comfortable) chair, watching a small bag fill up with blood constitutes a tiny fraction of the entire process.

Before you are sat down, you are tested for anaemia and must fill in a lengthy health questionnaire. The first section on the form, entitled “Your Lifestyle”, is mainly about one thing: HIV.  Whether you’ve had sex with a prostitute or with anyone from a country where HIV and AIDS are widespread, the National Blood Service doesn’t want your blood if there’s a chance of you having HIV. This, most would agree, is an understandable and efficient way of preventing donations from people with infected blood.

Yet it is the final two questions about “Your Lifestyle” which come across as archaic, nonsensical and bordering on the discriminatory.

In Great Britain, men who have had sex with men (MSM) in the last 12 months cannot give blood. Full stop. In Northern Ireland, no MSM can give blood at all, regardless of how recently they’ve had sex.

From one perspective you can see a semblance of logic. The United Nations estimates that between two and 20 percent of MSM are infected with HIV, though, clearly, in somewhere like the UK the percentage will be at the lower end of the scale.  In 2009, the Centers for Disease Control and Prevention reported that MSM accounted for 61 percent of all new HIV infections, and of the nearly 800,000 people worldwide living with HIV, 51 percent are MSM. Considering that estimates on the non-heterosexual population range from four percent to ten percent, and that over half of these are women, this does point to a much greater chance of MSM having HIV compared with anyone else (about 60 times more than other men).

Furthermore, HIV can take, depending on the number of antibodies the body produces, about three months before it’s detectable. In about three percent of cases this can take up to six months, meaning that HIV-infected blood could be donated without anyone knowing (a serious problem considering that National Blood Service usually keep blood for only seven weeks). The focus on HIV is further understandable when it’s considered that other sexually transmitted diseases, such as gonorrhoea, can be detected within a matter of weeks.

However, that’s about as far as the logic will go.  There are, on the other hand, many reasons why current practice is flawed.

Firstly, even if the 12 month window was kept to ensure that no one was inadvertently donating blood with HIV, under the current system there’s no space for those MSM who’ve had protected sex. Condom or no condom, MSM cannot give blood. On the other hand, heterosexual men, or any woman, can donate blood even if they sleep with a new partner every night without any protection.

Secondly, MSM in long-term relationships are also excluded. Two men who have been exclusively dating for years can often have unprotected sex, sure in the knowledge that neither man carries STDs and is unlikely to acquire one. But again, under present regulations there is no “I am in a long-term, exclusive relationship” box, and so blood cannot be donated.

Thirdly, sceptics might argue that some vindictive people might knowingly donate HIV-infected blood and that, because MSM are more likely to have HIV anyway, all MSM donations should be prohibited. If we, for a moment, ignore the crass offensiveness of this argument, one should bear in mind that anyone vindictive enough to donate HIV-positive blood would show up on the blood tests done automatically on all donations (because if they know they have HIV, then it’s already passed the three-sixth month period).  What’s more, good-natured MSM who want to donate blood can already lie if they know they’re HIV-free.

At present, we are operating on decades-old blanket assumptions, which unnecessarily bar certain individuals from making a valuable contribution to society.  Research on the correlation between MSM in long-term relationships and rates of HIV possession is yet to be done.

There is a simple remedy. If the law were altered so that any MSM who has either been in a relationship as long as the 12 month waiting period or has had adequately protected sex could donate blood, then the system would still prevent the possibility of HIV donations without unnecessary levels of discrimination.

It has been tried before. Michael Fabricant, MP for Lichfield, has campaigned on a number of occasions for such a legal amendment, but has always lacked support, though I can’t understand why. This is not only an issue of discrimination, but also of public health and liberty.
The current law is fundamentally outdated and homophobic, and at a time when blood stocks are low and the NHS in constant need of donations, it is irresponsible that people who want to save the lives of others are not allowed to do so.

In defence of the Welsh language 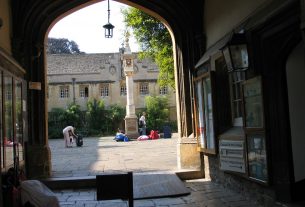 Why online lectures sum up this term 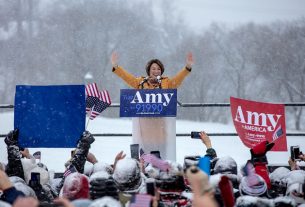