Despite attempts to define Chinese President Xi JinPing’s recent visit to Britain by his eating fish and chips, drinking beer at the pub and taking selfies, several controversies underlying our relationship with China remain unresolved. There are concerns over Chinese ownership of Britain’s essential infrastructure, some worry about they could use it against us in the future. Even more pressing is the issue of China’s human rights record – the country has one of the worst in the world. Amnesty International have estimated, based on “credible reports” (China doesn’t publish information on the number of executions) that China is responsible for the majority of the world’s’ executions. It is believed that thousands are killed each year.

Fears about the national security threat of China’s investment in Britain are likely overplayed. A far bigger danger than having Chinese money in our economy is our lack of energy security in general. Projects such as that at Hinkley Point will help us keep our energy security into the future. Additionally, Chinese investment in the north of the country is desperately needed to increase employment in areas that remain deprived otherwise. Part of the reason there are concerns is that Hinkley Point is a nuclear facility, bringing to mind the spectre of nuclear weaponry or accidents. These, fears are a little far-fetched, however, as the construction and running of the plant will be highly regulated by British authorities. A slightly more pertinent concern raised is that in the future China could use cyber ‘backdoors’ in the IT systems to take control of the plant, but again this is mostly just scare-mongering.

The more important issue about Sino-British relations is in human rights. Prior to Xi’s visit Chinese officials stressed that this would not be discussed, their main aim instead being to secure a deal for the new Hinkley Point. Cameron and Osborne are also keen to keep the public focus on the economic benefits China can bring to Britain, pursuing discussion of human rights abuses more quietly and escaping public attention. Osborne’s visit to Xinjiang earlier this year demonstrates the government’s priorities. The region is highly unstable and the state has committed serious abuses of the Uighur minority in recent years. Exactly one year prior to Osborne’s visit a man was jailed for life on politically motivated charges – an issue that he left unmentioned, instead remaining focussed on plugging for more Chinese investment in Britain. When asked, Cameron and Osborne insist that closer relations with China allow them to work on improving the treatment of the people at the hands of the government – in practice this does not seem to be happening.

There is certainly an argument for engaging with, rather than isolating, regimes we consider to be morally unacceptable. Developments in North Korea over the last half century demonstrate that isolation and sanctions will not necessarily stop human rights abuses from occurring. If, however, we choose to interact with such regimes in the hope of having some positive influence on their human rights record this needs to be the clear focus of the relationship. Otherwise we appear to tacitly accept the regime’s actions and abuses. Cameron and Osborne’s current approach to China does not place enough emphasis on calling it out for its behaviour. Human Rights Watch has said recently that China’s human rights abuses are worsening. This should have resulted in Britain and other countries cooling off their relationship with China, or at least deserved some acknowledgement. Instead, we are becoming ever closer to China with an increasingly exclusive focus on mutual economic benefit rather than moral concerns.

IMAGE/ US Department of Defence 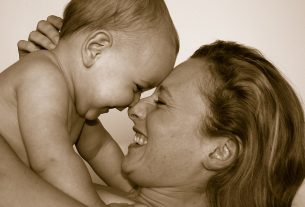 Anti-natalism: the birth of a tragedy

Has Braveheart’s death changed anything?