In his 2007 memoir The Last Fighting Tommy, Harry Patch, the longest-surviving British First World War serviceman, describes Remembrance Sunday and the characteristic sea of poppies that spout up around it as “just show business”. Channel 4 presenter Jon Snow has famously described the phenomenon as “poppy fascism”.

Remembering the fallen soldiers of our country’s many wars ought to be a quiet and dignified affair, yet in recent years there has been an increasing sense that we can no longer simply donate money to the Royal British Legion. In addition, we must broadcast the fact that we have done so by pinning on a paper poppy. The poppy has become a physical form of “clicktivism”. Wearing a poppy to show support for the fallen has become the equivalent of “liking” a Facebook page in order to show support for Cancer Research, or deciding not to shave off facial hair for Movember – an ideal way to be both sanctimonious and narcissistic, not to mention a great excuse to victimise those who decide not to conform. Politicians, television presenters, singers, and sports stars are all required to wear one. Failure to do so brings a tide of criticism, with detractors accused of “disrespect” towards the soldiers who sacrificed their lives, and for being unpatriotic and “anti-British”.

When ITV presenter Charlene White politely declined to wear a poppy last year, she received a torrent of abuse. She declined so on the innocuous grounds that she does not feel comfortable singling out and promoting one charity over the many other worthy causes that she supports (British television presenters are banned from wearing the emblems of any other charity). But this was nothing in comparison to the amount of derision that met The Guardian’s art critic when he described last year’s hugely popular commemorative installation of 888,246 ceramic poppies in the Tower of London’s moat, one for each Commonwealth soldier who died during the War, as “fake, trite, and inward-looking – a Ukip-style memorial”.

The poppy was chosen as a poignant symbol of the glimmer of hope that lies entrenched within the horrors of war. This emblem was decided on by a generation for whom those horrors were all too real. It is entirely understandable that friends and relatives of the fallen should wish to, and do, find meaning and purpose in the damning futility of war through the symbol of the poppy, but it is unforgivable that governments and businesses should seek to do the same.

Poppy-wearing, especially by public officials, has come to be associated with the corruption and deceptiveness of behavioural politics. Surely it should be almost offensive that, as recently as 2013, members of the British administration who wear poppies have at the same time sent our nation’s young men and women to fight and die in futile wars. Shrouded in the powerful narrative of righteous heroism, the poppy of remembrance has sadly been hijacked by an establishment dedicated to glorifying nationalistic wars; it has become a kind of camouflage for the egotistical military interests of successive governments.

Indeed, this was proved by David Cameron, who, in a speech defending the Tower of London’s memorial last year, said that the poppies served as a reminder of “how many people gave their lives not just in that conflict, although obviously the slaughter was horrendous, but also in so many conflicts since then where our Armed Services personnel have been defending our freedoms and our way of life”.

At this time of year, the word “sacrifice” is continually thrown around by public figures, used to associate the horrific bloodshed of war with public nostalgia for the “glory” of past victories. However, we must not forget the dual meaning of the word: an individual can sacrifice herself by willingly giving one’s life for a cause, or one can be a sacrifice, offered up for slaughter by one’s leaders in the name of a great many things that, ultimately, will boil down to pure and simple greed. Even in the First World War, not all of the men and boys shot by their own peers for cowardice or driven out “like cattle” (in the words of Wilfred Owen) in front of the German machine guns, died with the national interest in mind. Not all of them bled willingly, “for king and country”; some of them simply bled because they were hurt, because their leaders had deemed it acceptable for them to die in soul-torturing scenes of anguish and terror. No amount of paper flowers could ever be enough to mop up this kind of senseless carnage.

And then, of course, there are those for whom the paper poppy is highly undesirable, not for the reasons stated above, but by virtue of being far too “common”. If you align with this sympathy, you might like to consider going all out and purchasing a poppy pin encrusted with thousands of Swarovski crystals, as Simon Cowell and Cheryl Cole do year after year. What more fitting way to pay tribute to the unnecessary slaughter of millions than with a nice, sparkly piece of political bling?

There are course countless ways, personal or public, to respect fallen soldiers — especially those of the Empire —who are forgotten all too often. Many, unhappy with the paper poppy as the symbol of rememberance, have proposed alternative measures that we can take. On Remembrance Day 2014, Veterans for Peace held an alternative commemoration service, carrying a wreath of white poppies to acknowledge civilian lives lost in war, a ceremony they intend to repeat this year. An organisation of former fighters now opposed to war, Veterans for Peace will wear t-shirts bearing the message: “War is organised murder” – the words of Harry Patch, the aforementioned last surviving veteran of the Great War.

That there have always been alternate streams to the red poppy path – the white poppy movement, for example, dates back to 1933 – suggesting that the current red poppy mania isn’t so much about remembrance as it is an expression of a politicised determination to impose a particular reading of history.

When we celebrate Remembrance Sunday this year, one hundred and one years after the beginning of the First World War, we must remember that the Westminster politicians wearing red paper poppies as they make their great, eulogistic speeches about the “sacrifice” made by soldiers of present and past, have at the same time cheerfully authorised the decimation of jobs, healthcare and public education in order to defend Britain’s military spending and nuclear arsenal. It is they themselves who have sacrificed — not themselves, but the citizens of the UK. They have sacrificed the life chances of a generation of young and largely working-class people whilst claiming that it is in “the national interest”. And that is not any fit way to honour the memory of the fallen. It is, in the words of Harry Patch, “just show business”. 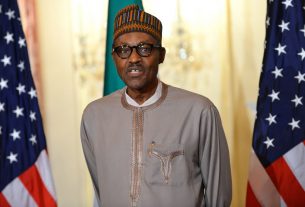