In the United States the race for the 2016 Presidential election is heating up. Both parties, the Democratic and Republican, have begun to host monthly debates between their top-polling candidates and the candidates themselves are traveling the country in an effort to garner support before each party makes their selection of their endorsed candidate for the Presidency.

As a young American woman I am incredibly excited to see two prominent female faces among the candidates, Hilary Clinton of the Democratic Party and Carly Fiorina of the Republican Party, as the U.S. has yet to have a female President. However, as the debates and speeches of candidates have garnered more and more attention I’ve found myself increasingly distracted with the way both women choose to style themselves.

Hilary Clinton, since starting her personal political career, has generated plenty of discourse on her constant choice of neutral trousersuits. A great deal of the attention has been positive, as she is always polished and professional, but I found myself questioning her choice as personal preference or political maneuver. And if it was political, just what message was it sending?

Mrs. Clinton has been on the scene of American politics for a great deal of time. Her husband served as President from 1993-2001, and Mrs. Clinton then had the role of First Lady. In more recent years she has served as Secretary of State under Barack Obama before announcing her own candidacy for the upcoming 2016 presidential election. Seeing as she has been a prominent female political figure for most of my adult life, I questioned myself as to why her image had just now caught my eye.

I’ve come to the conclusion that it must be her current position which is so easily contrasted with Carly Fiorina in the opposite party. As the only two women in competitive positions in the polls, and from opposite parties, they are very easily compared and contrasted. One of the first contrasts that I saw was the way that each woman chose to dress.

Carly Fiorina can be seen sporting colourful suits and blazers, and sometimes favoring a skirt rather than trousers. In fact, in the September Republican debate she strode on stage in a blazing hot pink blazer and matching skirt. Her choice was an eye-catching one, even more so because many women with political careers in Congress tend to be seen only in shades of black, navy, and occasionally red. One possible explanation for Fiorina’s willingness to branch out is her background in business rather than politics.

Once the comparison was made I found myself continuing to question Clinton’s choices and decided to research her style in her time as first lady. Here the evidence was slightly more damning. During her tenure as First Lady of the United States Hilary was seen in a wide array of dresses, skirts, and suits of all colors and prints. In a 1994 White House interview with reporters, the 1997 inaugural parade, and a 2000 White House fundraiser Mrs. Clinton appeared in matching pink ensembles or dresses.

Yet now that she has decided to run for the presidency herself her style has switched to one entirely made up of what I dub “powersuits.” The term is not entirely my own as fashion magazines have long ago coined the term to refer to the sleek, commanding presence these suits lend to the women wearing them. In fact, the Daily Mail here in the UK published an article comparing the style of Mrs. Clinton and Margaret Thatcher in their use of them!

While this term has typically been used in a positive light to celebrate women in roles of leadership, I ask instead what message it delivers when we associate a solemn pantsuit with power and success while leaving behind dresses, skirts, and color for fear that they are too feminine. What are we telling young women about who can be politically powerful if the women who possess that power style themselves to look less feminine? By hesitating to portray femininity, aren’t we reinforcing the idea that women do not typically belong in politics or that they are somehow inferior?

The message is clear. If skirts and colors such as pink are connoted as feminine yet are looked down upon within the political arena, then in turn we are saying that femininity itself does not belong in politics. While in decades past perhaps it was acceptable as a woman to style herself in a slightly more masculine manor in order to gain respect and show pride in one’s position, I no longer believe that should be the case. If we have truly moved forward in a progressive manor and accepted feminism in the sense of equality, that equality should extend itself politically. No woman should fear a lack of support as a world leader due to the fact that she indeed looks like a woman.

So I ask you Mrs. Clinton, where is the pink?

Featured image: US Department of State 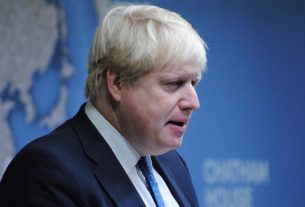