An interdisciplinary team of sixteen science and engineering Oxford undergraduates travelled to the Giant Jamboree to present their project at the Massachusetts Institute of Technology (MIT), where they secured a gold medal and were nominated for 5 special awards. iGEM is an international Genetically Engineered Machine competition that aims to produce novel Synthetic Biology-based solutions to real-world challenges. Given a toolkit of biological parts (‘biobricks’), students are asked to create a biological system to operate in a living cell. The Oxford team’s project – The solution – presented a previously unheard of innovation in treatment of persistent urinary tract infections – the bacterially-derived biomolecules that degrade and destroy biofilms. There is a saying that one nail drives out another. Seeking to understand how one bacteria species can cure the infection caused by another, I interviewed one of the members of this year’s team – Miss Raphaella Hull.

Tell us a little bit about yourself. What got you interested in science?

Having grown up in Wales, in the countryside, I always enjoyed staying in touch with nature, and exploring its species and phenomena. I think it was just a fascination over things around me that paved my career path as a scientist.

What is your preferred research field and why?

I first came to Oxford the year before my A levels to do an Oncology course at the local summer school.  At this point, I realized that basic science was more appealing to me than clinical research. My key area of interest is now Biochemistry, which won my heart as soon as my undergraduate course started. I am also very keen on Microbiology and Synthetic Biology.

What do you enjoy most about being a researcher?

The fact that the science is puzzling, the hypotheses you are making are nearly always wrong, and the same experiments need to be done over and over again, but hardly anything can beat the level of satisfaction when you finally get the end result.

What else do you do besides science?

Where do you see yourself in five, maybe ten years?

In five years, I’d like to be working towards my PhD degree in the United States. This year, the iGEM competition took place in Boston. There was something special in the air of the “Bean town”, something liberating and encouraging. It made me feel like I could do almost anything I ever dreamed of. Studying abroad will also open up some travelling opportunities for me, which I am anxiously looking forward to.

How did you get enrolled in the team?

It was December 2014 when the previous year’s iGEM team arranged a seminar searching for new team members. Although at that time I didn’t have any in-depth knowledge of Synthetic Biology, I was genuinely interested in working on a project the aims and strategies of which would be almost exclusively directed by us – students

Whose idea was The Solution?

The project idea was largely inspired by our team member George Driscoll. Having had some work experience in the clinic, he introduced an ambitious idea of a high-impact project that would address the problem of antibiotic resistance in UTIs.

Could you please provide a brief description of your project in simple terms, accessible for members of the general public?

The Solution was aimed at designing an innovative Synthetic Biology-based approach to targeting bacterial infections, specifically UTIs. The persistent UTIs are caused by bacterial biofilms which are basically slimy monolayers of bacterial cells attached to the internal epithelial surfaces in the human urinary tract. Our genetically engineered bacteria species secrete compounds capable of disrupting the integrity of biofilms making the pathogenic bacteria more susceptible to existing antibiotic treatment options.

What are the potential applications of your work? Are they limited to urinary tract infections (UTIs)?

The therapeutic applications of our project are mind-blowing and certainly are not limited to treatment of UTIs. The scale of the problem is huge, with up to 80% of all infections involving the formation of a biofilm.  However, it is worth mentioning that UTIs are among the hardest infections to treat due to limited accessibility of the infection site unlike external wounds for example. In that setting, The Solution would be a lot easier and more efficient compared to existing treatment methods.

When did you start working on this project? Describe a typical work day for you.

It all started in December 2014. We conducted a survey exploring which of the iGEM tracks the members of public wanted us to follow. Based on the survey results, we decided to focus on the topic of antibiotic resistance in the field of Health and Medicine. Throughout Hilary term, we were developing our idea. The actual lab work started during the 9th week of Trinity term.

There were 16 members in our team, some had extensive lab experience prior to this project and hence were mainly involved in the wet lab experiments, while the others worked in the dry lab engineering the system and designing the Wiki page. My typical day involved not only lab work but also overseeing and orchestrating the overall progress of the project. Later, I also contributed to conducting the survey and outreach events, giving talks in the department, interviewing the patients and the nurses. One of my favourite outreach events was a summer school, where we explained some of the key concepts of Synthetic Biology and presented our project to high school students, who seemed very engaged and interested in the topic!

Can you remember one of the first experiments you performed for this project? What makes it memorable?

The first PCR [polymerase-driven DNA amplification reaction; the duration depends on experiment but rarely exceeds 1.5 hours], it took us an entire day! Our supervisor paid attention to countless details, guided us through the protocol very slowly and explained everything thoroughly. He also made sure that both biochemists and engineers were equally comfortable with conducting experiments in the wet lab. At that point, however, we thought that each new PCR experiment would last for a day, which obviously wasn’t the case [smirks].

Did you consult the work of any other iGEM teams for your project? What are they and what have you borrowed from them?

Science is not a solitary pursuit. The key to success is teamwork and interdisciplinary collaborations. The Solution was based on the proceedings of a number of teams who participated in iGEM in the earlier years. The last year’s Oxford team, for example, set up a protocol for bacteria encapsulation in alginate beads. These beads can be contained outside the body in a bag of sterile water; which would then be plugged into a 3-way Foley catheter. This solution would then be washed through the catheter and into the bladder, therefore tackling any infection that may be present in the lining of the bladder.

What did public think about your project at regional and international iGEM fairs?

The regional fair took place in Westminster, where we made good friends with the members of the local iGEM team. The event was somewhat a diluted version of what we later experienced in Boston. The countless congratulations and words of support we received from public and other teams for having worked on a high-impact project in a very under-researched area boosted our confidence, pride and motivation.

Did the judges recognise the extent and importance of your research? Did you get any memorable comments?

One of the judges was impressed by the amount of attention we paid to the part of the project dealing with human practices. For us it is extremely important to be working on the project that meets the needs, hopes and expectations of doctors and patients.

What impact, if any, did this project have on your life and career?

It increased my confidence about the decision to continue my studies as a DPhil student and shaped my research interests. Although it completely took over my social life for a few months [laughs], I have no regrets about having spent the entire summer in the lab. It was fruitful and enjoyable experience!

Do you think The Solution could ever be used in the clinic?

Professor James Malone-Lee from UTI clinic Hornsey is optimistic about the potential of Synthetic Biology-based approaches in treatment of urinary tract infections. However, the idea is still in its infancy and a lot of optimization steps and test trials are required before it can be implemented in the clinic. As an example, I could mention the immunogenicity of the proteins secreted by the genetically engineered bacteria species. On the one hand, they will disrupt the integrity of bacterial biofilms which cause the persistent infections in urinary tract but on the other hand, they may also force our immune system to backfire.

As a part of your project, you conducted a survey to analyse the public opinion on therapeutic applications of Synthetic Biology. Could you please provide a brief summary of the results?

60% of 150 survey participants were comfortable with genetically engineered bacteria being involved in their treatment assuming that appropriate safety measures would be taken. We also discussed the project idea with various healthcare specialists familiar with the therapeutic challenges posed by persistent infections and antibiotic resistance. Their responses served as a powerful catalyst and an inspiration for our research.

Did you get any memorable or unexpected responses?

One of our survey participants claimed that she wouldn’t object to being treated by genetically engineered bacteria as long as there were no dinosaurs involved.

What are the biggest obstacles you faced in the course of your project and how did you overcome them?

The first and probably most important challenge to solve was the knowledge gap between the life scientists and engineers. At the start of our project, I didn’t know how to do modelling, whereas engineers had a scant idea of what DNA was. I particularly treasure this unique experience as it showed me that Synthetic Biology is a multidisciplinary field, and efficient communication between scientists and engineers forms the core of it.

What or who do you attribute your success in the competition to?

Do you have any piece of advice to share with the future iGEM teams?

A research topic that genuinely interests you, hard work and careful planning ahead will lead you to success.

Thank you for your time Raphaella, and once again congratulations to you and your team mates! 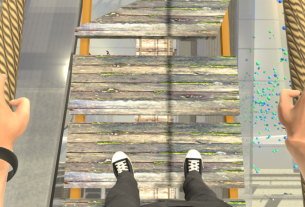 What advertisers are really try to tell you…

Trading the Dreaming Spires for reality