Not since little Tommy Brown, the smallest boy in school, stood up to playground bully Scott Wells in year four of primary school, have I seen something so strongly opposed by something so weak. That changed last Monday, when the House of Lords defeated the government in a vote on cutting working tax credits.

Regarding the policy outcome, some will be pleased that the upper chamber blocked the passage of a bill which would have arguably been too harsh on low-earning families, making them around

£1,300 a year worse off. It is wrong, they claim, to ask low-earners to bear the brunt rather than asking those with means. Others, however, will be less than pleased about the defeat of a bill that would have saved the government £30 billion a year and helped to cut the national debt, which in the long-run would have been beneficial for everyone. But all will agree, regardless of political affiliation, that an unelected chamber standing in the way of the will of the people is a problem for democracy.

The House of Lords has been dormant for a number of years. By this I do not mean that they haven’t blocked anything, on the contrary, they’ve defeated the government on multiple occasions. In the 2014-2015 session the coalition government was defeated ten times. But I bet you didn’t read about them. Neither did I. That the upper chamber defeated the motion to ‘insert a clause requiring secondary ticketing operators to be more transparent’ to the Consumer Rights Bill is not enough to make news. Even Cherwell didn’t cover it. However, an unelected chamber blocking well-backed financial legislation of the government is concerning.

In 1909, the New Liberals were riding a wave of transition in British politics, a wave which they created. They had become the first party to prioritise the working class. David Lloyd George’s “People’s Budget” was the first budget to distinguish between high-, middle- and low-earners and tax them accordingly at different rates. The House of Lords, then a chamber of landed aristocrats with inherited titles, did something that they had not done in two centuries: reject a budget. This led to the 1911 Parliament Act which removed the right of the Lords to veto financial bills completely, and replaced the Lords’ veto over Public Bills with a right to delay them for two years.

Consider again the parallels with the case in hand. Today the House of Lords is made up generous donors, television personalities, ex-parliamentarians, and so-called “experts”. Many are appointed for life. They have little more right and political justification to block a government financial bill than I do.

The House of Lords is traditionally supposed to be a check on government. But it no longer serves that purpose because it has no justification to block bills. Even if they blocked a government bill to ban chocolate, quite obviously a bad policy, I would still argue that it is wrong that they have the power to do so. The House of Lords is nothing more than a glorified rewards scheme for people who have performed extraordinary feats and deserve high recognition of the title of ‘Lord’, but that does not necessarily mean that the Lords themselves are able to govern. There is only one justification for governance and that is democratic election.

Hence the House of Lords should consist of 101 members who ought both to be elected by incumbent MPs and have served at least ten years as an MP. A politician could win two elections in his constituency and impress his fellow MPs so that he could be promoted to the upper chamber. This new chamber would have more powers, including power of veto, and so could truly act as a check on the House of Commons and limit the power of the executive, which has become too strong in our democracy. This reformed House of Lords would solve the problem of aspiring backbenchers relying on the executive for promotion, would constitute a real check on government, and would avoid outrageous defeats of the government such as the one last week.

By the way, it did not end well for little Tommy Brown, somewhat predictably. So too could it not end well for the House of Lords, if the problem of its membership and function is not resolved. But here lies an opportunity in disguise for the Prime Minister; it provides him with an open door for constitutional reform, real lasting reform that every Prime Minister dreams of. It could be Cameron’s defining moment of his premiership which is in threat of being forgotten as a premiership of pragmatism. 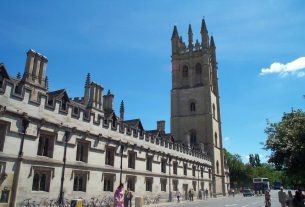 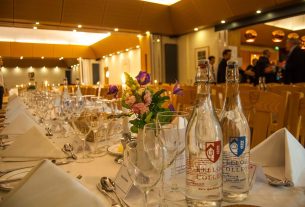 College dining is the secret to Oxbridge’s success 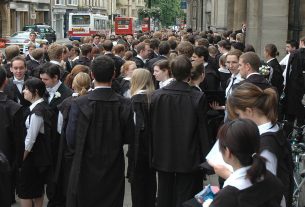 The SU’s motion on hate speech has been misinterpreted