Professional sports are often considered a world apart, leisure activities that allow us to take our minds off of the real world for a few hours and instead focus on the game in front of us. But sports do not operate in a vacuum; they are affected by global events just like everything else. A change in a country’s political climate can have just as big an impact on that nation’s professional sports leagues as the players on the field. The current tension within the European political system poses a number of problems for European sport in the coming years, as new national referendums, widespread doping scandals, and continued economic stagnation in parts of Europe lead to large-scale changes within the sports world.

Let us first look at the

precarious case of Catalonia, Spain’s independence-minded autonomous community. The Parliament of Catalonia has just this week voted in favour of seceding from Spain and hopes to formally break away and become its own nation by 2017. This vote sends a powerful message to the Spanish government indicating that the issue of Catalonian secession will not be going away any time soon. Catalonian secession would not only impact Spain economically and culturally; it would throw Spain’s entire professional sports industry into chaos. Catalonia is home to FC Barcelona, considered by many to be the world’s best football team. If Catalonia were to leave Spain, what would happen to FC Barcelona? According to Spain’s National Professional Football League Javier Tebas, Barcelona would not be allowed to compete in the league at all. This would be a travesty for football fans the world over and would drastically decrease the attraction and profitability of the Spanish league as a whole. Furthermore, Barcelona’s ejection from the league could signal the end of one of football’s finest fixtures, the famed El Clásico between Barcelona and Real Madrid. Now, Barcelona’s removal from the Spanish League is by no means a foregone conclusion, but Catalonian secession would undoubtedly present a significant problem for Spanish football officials. This controversy has arisen entirely out of Catalonia’s independence movement, illustrating just how much a political idea can impact a nation’s sporting future.

Now let’s move onto perhaps the news of the week in the Russian doping scandal. Shocking allegations of state-sponsored doping, extortion, and widespread cover-ups on the part of the Russian Athletics Federation have been confirmed this week by the World Anti-Doping Agency, also known as WADA. The agency announced these findings after conducting a thorough investigation into the state of Russian athletics, concluding that Russia systematically allowed these violations to take place over a multi-year period. The WADA commission tasked with the investigation has made a number of suggestions as to how best to punish Russia for these infractions, including the imposition of lifetime bans on five coaches and five athletes as well as the banning of the Russian Athletics Federation from next year’s Olympics. Should Russia’s athletes be barred from taking part in the 2016 Olympics, it would be a shocking stain on the reputation of a country scheduled to host the IAAF World Junior Athletics Championships next year as well as the FIFA World Cup in three years’ time. Allegations of corrupt government practices to achieve sporting goals further depicts just how interconnected politics and sports really are.

Russia’s hosting of the 2018 World Cup has only further indicated the impact of government actions on sport. Due to its involvement in the ongoing conflict in Eastern Ukraine, Russia has had economic sanctions imposed on it by the United States, the European Union, and other Western nations. These sanctions have led to the stagnation of the Russian economy and the drastic depreciation in value of the Russian ruble. In response to these sanctions, Russia has banned imports from many Western countries, leading to price increases and shortages of many basic goods. These economic and political troubles have led many to questions whether Russia is ready to host a sporting event as large and costly as the World Cup. Many have also questioned whether or not Russia received the right to host the World Cup legitimately, with allegations of corruption and bribery being widespread since Russia received the right to host the competition in 2010. Furthermore, Russia’s draconian anti-gay policies, its suppression of opposition groups, and its imprisonment of political activists have led many organizations to boycott the 2018 World Cup on humanitarian grounds.

All of these distinct situations prove to us a fundamental truth in the world of sports- that political uncertainty leads to athletic uncertainty. This fact should come as a shock to no one. As governments progressively amass more and more power, their influence over all aspects of our lives will continue to grow. Unfortunately for the average fan, this influence reigns over our sports as well, with a political decision often being the difference between a successful sports season and one marred in controversy. Sports as a whole would be better off if they were removed from the political sphere of influence and allowed to advance free of government constraint. This possibility looks increasingly unlikely, however, as governments do everything they can to increase their power and learn more about their citizens, even down to the teams they support. 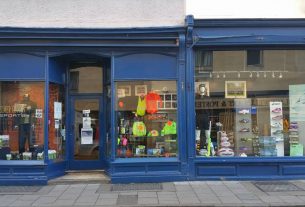