In recent years, scholars and the public alike have fallen for the endless potential of “Big Data”. For a modern-day Super Man (or, perhaps more accurately, Sherlock Holmes), Big Data can deliver robust results faster than a speeding bullet and articulate elegant solutions that appear, well, elementary.

As a quantitative researcher, I have swooned before the visage of Big Data. That said, as a human being, I also recognize that as a species we are an emotional bunch. In the face of poweful emotions, we tend to ignore all data, big or small.

To adjust for this inconvenient truth, I propose a corollary theory to operate alongside Big Data. Powerful, yet simple, this theory offers solutions to understanding the most vexing problems. I call it the Theory of Big Datum.

According to Big Datum theory, singular events (single datum points) can upon closer inspection seem to get bigger and bigger. This, of course, is literally true – if you move your face closer to a data spreadsheet, the dots do get bigger and bigger. Imagine, then, how big the data point might appear if you are standing on it, with the black circle all around you.

Imagine how big it would seem if you yourself were that data point. When we are participants in some system rather than outside observers, our single datum point, from which we cannot reasonably draw any conclusions, suddenly seems very large. And, although we could infer an infinitude of conclusions from our experience – just as we can draw an infinitude of lines through a single point – we begin to realise that some lines seem to make more sense for that point than others.

I begin this article in this way in order to explain clearly that I am about to engage in an exercise of Big Datum Thinking. The words that follow arise reasonably from my own experience, but perhaps do not apply to the experiences of others. If the line that I draw doesn’t fit your experience, then feel free to draw your own.

Two weeks ago, this newspaper published an article I wrote condemning the practice of involving the college chaplains in issues of student welfare, especially in areas of mental and emotional health that might result in students taking leave of absence from university. According to Big Datum Theory, at least, I spoke too soon.

Two days after the publication of the article, I met first my college chaplain and then a therapist at the university-funded Counseling Centre. The past few months have been extremely emotionally difficult for me: I triggered one nasty breakup, watched my closest sibling fight a large and growing tumor in her skull, fell in love with a woman who thinks my own religion will send me to hell, ruined an already fraught relationship with my parents, moved to a new continent, and contemplated leaving my church from childhood. I doubt psychologists use the term (at least diagnostically), but it’s been an emotional shitshow.

I visited the therapist’s office because Beck test results indicated that my experiences had triggered severe depression, and I wanted diagnostic assistance. In contrast, I visited the chaplain because he seemed like a pleasant person, and had invited me to tea.

Without going into too much detail, I want to emphasize the refreshment, kindness, and reception that I received from my chaplain as I opened up about many of the issues facing me. Operating as a trained and highly experienced counsellor, he listened with patience, offering sympathy and the promise of confidential support. The conversation clarified many of the challenges facing me, allowing me to vent and then collect my thoughts in preparation for a (necessarily) more clinical discussion with a university psychologist.

I can say with great certainty that had I not visited the chaplain mere hours before meeting the therapist – an incident of scheduling – I would not have made half the progress I obtained in that explicitly clinical setting.

Many will object to placing a chaplain at the centre of a welfare system designed to provide counselling and support to people of all faiths. I wonder whether we presume too much about the biases that might influence a person of the cloth. Many psychologists, for example, also maintain anti-scientific religious convictions. Furthermore, the discipline of psychology itself can blind therapists to the needs of patients, inclining them toward drug over-prescription and suggesting clinical solutions to what may be non-chemical problems.

Indeed, the private-public divide that permeates modern society presupposes that all people can separate their religious from their professional obligations. For example, evangelist county clerks must still issue marriage licenses to gay couples. Likewise, do we assume too much when we say that chaplains are not capable of setting aside their specific religious convictions (which many of them, incidentally, only hold with considerable nuance and reflection) when they wear the counsellor’s hat?

Chaplains should remain at the heart of the student welfare system. The University would be negligent to not utilise such a powerful and available resource on behalf of the student body.

However, previously I thought that colleges should disconnect their chaplaincies from student welfare. What changed my mind? An emotionally powerful and very persuasive interaction with my chaplain. Although Big Data may offer some solutions, it cannot account for the overwhelming impact of Big Datum. 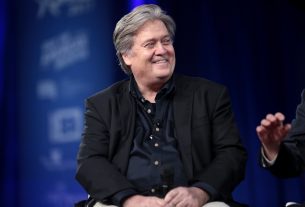 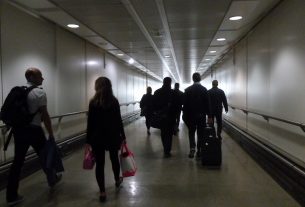 What do we mean by equality?