Spring Awakening is a musical that follows the sexual unearthing of adolescents in a conservative context, communicating the risks that accompany treating the subject as taboo. A cohort of boys and girls are reaching the peak of puberty and must come to understand their sexual urges in a world that hides even the simple science of reproduction from them.

There is a danger for such 19th century themes to fall into the category of a dry, outdated coming of age story; however, this production, directed by Amelia Brown, seems to unashamedly embrace the “student-play-stereotype” and highlights contemporary issues of sexual abuse, academic perfection and double standards.

Such themes are most effective when dealt with bold determination and Brown’s direction certainly demonstrates this. The production doesn’t hold back from allowing the obscenities to play out, and the choreography – if a little awkward at times – brings stirring energy to the piece. Teenagers riotously gambol around stage, revolting, kissing and complaining. The dynamics of tragedy and comedy were particularly well-executed, but were limited by a slight imbalance. There was a tendency for the humorous crudity to shock at the cost of some more poignant scenes which demanded greater attention. Out of the three principal cast-members, Jack Remmington, as the confident and charismatic Melchior Gabor, just about reached the emotional sophistication required from the intimate space. Melchior is the provocateur, feeding his friend Moritz’s tumult with sexual essays and introducing innocent Wendla to the “pleasures” of adulthood. Remmington was particularly well-supported by a strong male cast whose characterisation capably sustained cocky school-kid identities. Together, the female chorus was less convincing, but there were some endearing individual moments. The most sensitive performance came from Annabel Mutale Reed who played Martha Bessell, a girl harrowed by the complexity of her father’s abusive relationship towards her.

The show’s success is largely because of its simplicity. It seemed Brown’s version downplayed the angst-driven, rock style of the original production in favour of drawing out the folk undertones of the music. The result was a more natural style of story-telling. No one accomplished this better than Georgia Bruce who harnessed the charming quality of runaway artist Ilsa. Bruce’s rendition of “Blue Wind” highlighted her unique tone of voice, but most impressively demonstrated a sophisticated story-telling that is rare in musicals. Somewhat conversely, Josh Blunsden and Alice Moore gave accomplished performances for their stronger characterisation of the adults. Blunsden and Moore played overt constructs that accentuated the contrast between adults moulded by tradition and adolescents still without identity.

Yet, the highlights of the show were the whole-company numbers. There is a danger in student productions for the chorus to clutter the stage, but this time the chorus carried the show. The vocal cohesion from the company was very impressive, particularly in the closing number. By the end, in the aftermath of tragedy, there is a real sense of harmony and hope for progress. With the force of a profound story-line, the show is stirring and “awakens” at least a small sense of injustice that characterises the show. 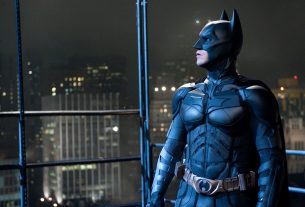