Yiftah Curiel, chief Spokesperson and Press Officer of the Israeli Embassy, cancelled his speaking engagement with the Oxford International Relations Society on Tuesday of this week due to heightened threats of security.

Curiel, whose previous position with the Ministry of Foreign Affairs in Jerusalem saw him dealing with issues such as the Iranian nuclear programme and the transfer of weapons across the Middle East, was due to speak at the Blue Boar Theatre in Christ Church College as part of a talk entitled ‘Crossed Borders: Israel, the Temple Mount and the Viability of the Two State Solution’.

However, the Islamic State’s recent attacks on Paris in which over 130 people were killed has led to increased vigilance of security forces on an international scale. As a result of last “Friday’s tragedies in Paris and the concomitant heightened security threats” Oxford’s International Relations Society were forced to send an email round on Tuesday evening, informing members that the talk by the Israeli diplomat had regretfully been cancelled.

Speaking on behalf of the society, Publicity Secretary, Amelia Cooper, agreed that cancelling the event was the safest option: “Given the controversial nature of the speaker and the high turnout that was expected, such considerations were taken very seriously. We therefore needed to request local police presence, but this was unable to occur due to the time pressures of the event. As such, the conclusion reached between the Embassy’s security team, Thames Valley Police and University Security was that cancelling the event was the most prudent decision to take. The event is to be postponed and we hope that Yiftah Curiel will be able to join us next term. “

This is not the first time that Curiel’s presence at a student talk has raised questions of security. Last month, Curiel’s participation in the Manchester Debating Union’s debate ‘This House Believes Israel is a Force for Good in the Middle East’ made the event one of the campus’s most over-subscribed and controversial to date, with high level university security present at the entrance of the building, as well as two bodyguards who stayed in the small lecture theatre with Curiel for the duration of the debate.

The Israeli Embassy and Thames Valley Police declined to comment.

Clegg: A crying shame for all 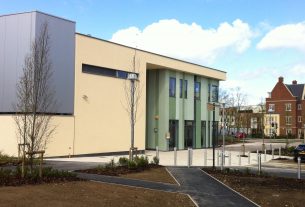