If there has been any issue in defence policy which has evoked spurious emotion and division amongst the general population in recent months, it is that of the Trident nuclear deterrent. This debate is not new: a very similar discussion took place during the 1960s, with the Skybolt crisis contributing to the downfall of the Macmillan administration. With the election of Jeremy Corbyn as Labour Party leader however, Britain finds itself for the first time with the possibility of having a prime minsiter who, as a matter of principle, would refuse to use nuclear weapons under any circumstances. Many on the Left share this sentiment, believing that the construction of nuclear weapons was a dark moment in human history which has only caused fear and unease since. They also argue that, at a time when public services are being cut, it would be better to use the approximate £30 billion cost of renewal for other purposes. These complaints are valid, but it remains clear that the explicit and implicit benefits of Trident far outweigh its costs.

First, there is the international community to consider. On the world stage, Britain does not use hard power in the same way as nations such as the United States and China. Instead, Britain uses diplomacy in order to gain concessions, avert foreign crises and generally act in the interest of the nation at large. It may come as a surprise to some, but according to the Portland Index, the UK remains the preeminent soft power and can coax and persuade unlike any other nation. To suggest that Trident should be allowed to expire without any replacement is to place this soft power under significant threat. It is considered a matter of prestige that a nation has the technological capabilities and economic resources to maintain a nuclear arsenal. Those who call for the removal of Trident must acknowledge that that would send a message to the world that the UK’s global influence is very much on the wane. Whether this is indeed the case is another discussion, but even if we were to assume that the UK’s global power is declining, speeding the process up would not be wise. Countries will take a non-nuclear Britain less seriously than a nuclear Britain in international circles. This will greatly diminish the ability of the diplomatic service to argue for British interests abroad. This can be nothing but a bad thing.

Some who object to Trident will argue that the money is essentially wasted on a vanity project that has no military usage, and could be diverted to fund conventional armed forces. However, this critique fundamentally misses the point of a nuclear detterent. It functions as the insurance policy that nations take out to make themselves more secure. Nation-states cannot control the actions of others. The UK does not have control over, for example, Russia, Iran or North Korea. It cannot guarantee that these nations will not use a nuclear weapon in the future. Trident serves as a major disincentive for any nation to strike the UK. On a national scale, it serves the same function as a domestic burglar alarm. Nobody ever wants to hear the alarm, but it is purchased anyway to put off potential thieves. This is the way in which Trident should be viewed.

One frequently voiced argument concerns the moral abhorrence of nuclear weapons. When they have been used, it is said, they have killed indiscriminately, taking the lives of innocent civilians. It therefore follows that the only way to have a peaceful world is to disarm, and that Britain ought to lead the way. This argument is morally flawless, but its conclusion is very much a falsity. Unilateral nuclear disarmament would not work. The only way to eradicate these shameful weapons would be through multilateral disarmament, instigated by a global superpower. It can be hoped that one day a superpower will possess the will and influence to lead multilateral disarmament, but at present this will is not forthcoming. Britain cannot hope to influence the world alone, and its disarmament would show a remarkable misunderstanding of the realpolitik of the global arena.

Few take time to consider the jobs that would be risked were Trident dismantled. Is it appropriate to make use of high morality to deprive individuals of the right to make a livelihood, especially as the specialised nature of the roles would make it difficult to transition to areas of alternative employment? Besides, it would not be possible to spend the money on valued public services such as “our NHS”. This is due to government’s commitment to spend two percent of GDP on defence, which it is forced to do in order to remain a member of NATO. This essentially encapsulates the reasons why it is perfectly acceptable to support the renewal of Trident. It is not something of which the UK, or the world for that matter, ought to be proud. But defence policy is not about what ought to be. It is about what is. The world is unstable. In this context, it is better to ensure Britain’s security than to allow a faction of society to feel a bit better about itself.

The missing link: the role of welfare in Access at Oxford

“Time to start a new chapter”:  uncertainty looms as the Merkel era comes to an end 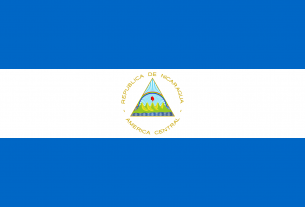 “We fought Nicaragua, and we won” – a tale of victory for Oxford activism