Being from the United States myself, I’ve spent every free moment I’ve had over the last two weeks planning adventures around Europe. It’s been incredibly exciting knowing I’m going to see so many of the places I’ve read about in my history books for the first time, and if I’m not careful I find myself daydreaming when I’m supposed to be reading about Victorian sewers or Tudor parliaments! However, I forgot that students here are probably just as curious to take a trip to what I call ‘home.’

Having just planned my winter break trip I know that the logistics of where, how, what, and when can be difficult. I’ll do my best to give some quicks tips on these questions as well as provide some insider suggestions for anyone who hasn’t been to the U.S. before.

The first thing to remember is that the U.S. is big. Because of this I would highly recommend when traveling to pick one or two regions and really get to know that area. This will also help to save on transportation costs as flights in the states tend to be significantly more expensive and with fewer discount airlines such as EasyJet. One way to travel across the states that’s a little cheaper is by bus, usually Greyhound. However, it always important to remember that buses can take up a lot of time that you might not have if it’s a shorter trip.

While I’m from the Midwest (a.k.a. smack dab in the middle) I would recommend the Northeast for anyone coming to the states for the first time. Washington D.C. alone has enough to see that you could probably spend your entire trip there! As the capital it offers government buildings like the White House, Congress, and the Pentagon. There are also iconic monuments such as the Lincoln Memorial and the Washington Monument. However, my absolute favorite thing in D.C. is the Smithsonian Museum. The museum itself has such a vast collection that it actually takes up multiple buildings. Each building has its own theme, such as Natural History, or Aviation. You could probably spend an entire day wandering between the different buildings!

Now I understand that this may be a sore subject for my relatively youthful nation, but for any history buffs out there the East Coast has plenty of battlefields, historical sites, and museums dedicated to the American Revolution. One thing that I particularly enjoyed was a trip out to George and Martha Washington’s plantation, which is fully restored and open to tours.

If staying in the North East area New York would be an easy spot to hit on your trip from D.C. The city of New York itself has so much to offer from museums or parks to professional sports or prime shopping! I would highly recommend getting a bagel and some pizza while there. The nice thing about staying in cities such as D.C. or New York is that these are popular tourist areas offer plenty of public transportation and are more likely to have hostels.

While traveling in Europe it seems like every city no matter how obscure has a wide array of hostels to choose from. It’s not quite the same in the states. The touristy areas and large cities are most likely to have some options, so by all means get on hostelworld and check them out! However, oftentimes U.S. hotels charge by room and not by person, so it may actually be cheaper to get a hotel room for a few nights and take turns sleeping on the floor.

Some other areas that are popular vacation spots are Florida, Colorado, and California. If you’re looking for a hot sun and sandy beaches year round Florida is probably the place for you! Beaches along its south coast stay warm nearly year round. As one of the most popular vacation spots in the U.S. Florida offers bars right on the beach that usually offer some type of live music once the sun goes down. Some of my favorite things to do are dive for seashells in the ocean during the day and then head to a favorite restaurant and grab a drink while walking along the beach and watching the sunset over the ocean… Yep, feeling those fifth week blues!

Colorado is a great place for the more athletic or adventurous traveler. It’s a very mountainous state with thousands of acres of state parks and gorgeous views. It’s also the most popular place for skiing in the U.S., so if you’re thinking of a winter break trip it may be the perfect place to strap on some skis during the day and then sit in front of a warm fire in a lodge at night. Colorado also offers infinite opportunities for hiking or mountain climbing, and there is also white water rafting opportunities for the very brave.

Last but certainly not least there is California on the West Coast. You could start your way at the top of the long state for some snow, then work your way down south to the beach! From San Francisco with its iconic bridge to Los Angeles with its famous Hollywood sign, California is a bustling state with beautiful views. My personal recommendation would be to hit those two cities, then head north to the Napa Valley, known for its sprawling wineries. Just remember, the drinking age in the States is 21!

The U.S. is so large and each state and region is so diverse that it would be impossible to fit it all in for one trip, remember, there are fifty states! From beaches to mountains and museums to wine country there’s plenty to do and see no matter where you go. Some quick tips: no matter what it is you need if you see a Wal-Mart they will probably have it, and for cheap! When looking for places to stay hoselworld.com or Airbnb.com tend to have the best results. I hope you found something to daydream about until the freedom after eighth week. Bon voyage! 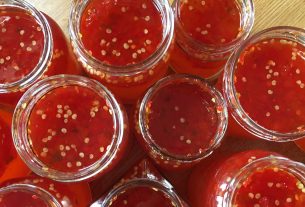