Over the course of approximately two months several University of Missouri students, including Missouri Student Union president Payton Head, alleged they were called a racial slur. Also during this time, a swastika drawn in feces was found in a university bathroom. While I will assume that these allegations of racist speech are true, it is worth noting that the exact circumstances surrounding these allegations have yet to be revealed. That is, it is unknown who the perpetrators are, and what their exact motives were. I am not casting doubt on Payton Head’s claim, or the claim of other students. Rather, I simply think it is important to keep in mind that much remains unknown about these incidents. I don’t think it needs to be argued that these incidents are very troubling. What is less clear is what the incidents at Missouri mean for the United States in general. Are they indicative of a larger problem of racism? That is, do these incidents suggest that racist attitudes are still problematically prevalent in the United States? If so, what can be done to fix this problem?

The racist acts that occurred in Missouri seem to have been carried out by individuals. There is no evidence that these individuals represent a larger organization, or hold positions of influence in which they can directly affect the lives of minority students at the University of Missouri, or any minority group for that matter. As far as we know the incidents in Missouri involved a few racist individuals that committed disturbing actions. I do not mean to suggest that the scale of the offense eliminates its seriousness. Rather, I want to draw attention to the fact that the root problem underlying these incidents are racist attitudes held by individuals, and actions perpetrated on the basis of those attitudes. The question is then whether such attitudes are prevalent among individuals in the United States.

It may be difficult to collect data on such matters (any sort of poll seems doomed to suffer from an especially severe response bias). This means that there may be some empirical uncertainty concerning the scope of racist attitudes. Despite this, it seems that there is at least some evidence to support the claim that the majority United States culture is not racist. That is, there are many individuals that have a significant place in American culture, and whose success relies on engendering respect from the majority, or at least major segments, of the population. To begin with, the U.S. has a black president, and many other black people hold positions of power in government. This is at least prima facie evidence that most Americans do not hold racist attitudes, but rather have a sufficiently high degree of respect for a black man to elect him to the Nation’s highest office. The success of minority politicians is not exclusive to one political party. Presidential hopeful Ben Carson, as a Republican, has consistently placed towards the top of the polls. In the past decade, both Colin Powell and Condoleezza Rice have served as the United States Secretary of State as part of Republican administrations. Besides politicians, there are numerous black celebrities, cultural leaders, and intellectuals who are in the mainstream of American culture. The list includes businesswoman and television personality Oprah Winfrey, MSNBC host and activist Reverend Al Sharpton, and philosopher Cornel West, among many other individuals that have a significant presence in American culture.

Civil rights legislation in the past half-century is surely responsible for making such success possible for black Americans, but there is substantial reason to believe that the majority culture has changed along with the law. Legislative change is a necessary, but not sufficient condition for their success. Apart from the law changing, people have to want to watch Oprah in order for her to be successful; people have to want to vote for Barack Obama. Indeed, there is evidence of racial harmony even at the University of Missouri. As mentioned, Payton Head is the president of the Missouri Student Union by democratic election at a university where white students consist of seventy-nine percent of the student body, and black students consist of only eight percent. I do not think incidents such as those that occurred in Missouri suffice to outweigh this evidence that the majority culture in the U.S. is not racist.

There may be a temptation to take a more proactive approach, and attempt to change the attitudes held by certain individuals. However, attempting to change someone’s attitude by force severely risks impinging on their rights, and is in principle misguided. For instance, enacting policy that bans certain kinds of speech may be successful in eliminating the use of racial slurs. However, especially given the fluctuating standard for racist speech, one risks casting far too wide a net, and suppressing non-racist speech. Perhaps more importantly, it might strike one as misguided to attempt to change an individual’s attitude at all, or suppress speech on the basis of that attitude. That is, individuals have a right to hold whatever attitude they choose, however unsavory, or even repugnant. Of course, there are limitations on free speech, and a university environment may be one such exception. For instance, classroom environments may require a certain enforced degree of civility. However, insofar as it is problematic that individuals in the general public have racist attitudes, addressing this problem through legislation does not seem to be a good option.

One method of attempting to change someone’s attitude is often overlooked: rational engagement. If I think that a certain individual harbors a genuinely racist attitude I can try and change his mind by offering arguments, by engaging in rational discussion. Granted, this option may seem naive, or even impossible. Racist attitudes might not be responsive to reason, and perhaps racist people are in some sense delusional. However, depending on one’s degree of optimism one might attempt to change the mind of a racist person. If such attempts prove unsuccessful the racist attitude can be prevented from having a broader societal impact. Although the holders of racist attitudes can cause personal hurt with racial slurs, the larger impact of their attitudes can be restricted by the non-racist majority. 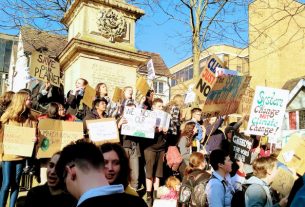