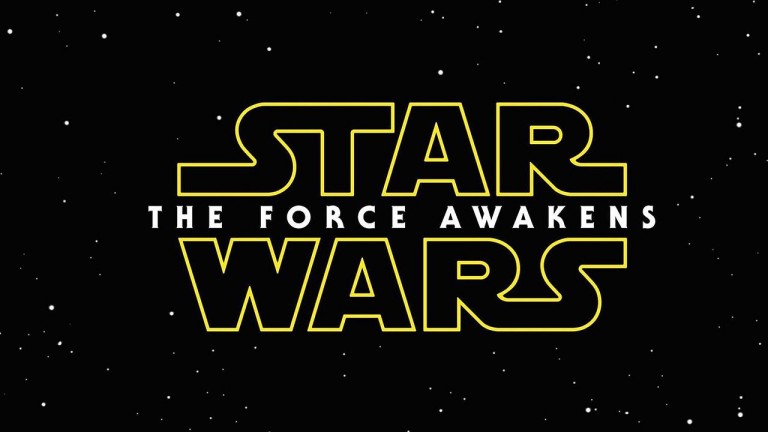 It’s Time to Bring Balance to The Force Awakens

It may be the most successful film of 2015, a critical and commercial triumph, but frankly there’s far too much hype not enough hyperdrive in JJ Abrams Episode VII.  I find its lack of soul… disturbing.

A deafening hush descended over us as the lights dimmed. Way back in the vacuous theatre behind me I heard some indistinct mumblings die as the haunting blue preface to the film appeared on-screen. The hand of (movie) history clutched at our throats, and all for a moment seemed still. Then – a blur of wonder swept through the theatre, and chords ascending with the title crawl brought us back, once more, to that galaxy far, far away. The nostalgia is strong with this one.

And a good thing too, for nostalgia is the most endearing trait of Star Wars: The Force Awakens. I mean that both as a compliment and a criticism. Of course, the settings are as glorious as ever and the visual effects spectacular, but ultimately there’s something soulless about this reboot of the classic space saga. The epic scope has grown broader but not deeper. The heroic poetry is gone, to be replaced by a hash of super-sentimentality and pop-culture. On occasion where it succeeds it does so only by leaning on the saga’s illustrious past.

Unfortunately, the plot in general is not one of said occasions. Much criticism of Episode VII centres on the claim that it is actually just a hyped up refashioning of Episode IV (which was, convolutedly, the very first Star Wars – the guiding principle of the numbering seemingly being: “Go backwards with the story and forwards with the money”). An hour into the film and the viewer should find such claims entirely accurate. The only thing “original” about The Force Awakens is what it stole from the original. Endearing little droid that winds up on a desert planet with key information is found by a local orphan who dreams of something greater. The two, along with friends and a rag-tag Resistance movement, are drawn into a battle with the forces of an authoritarian regime that possesses a massive super-weapon capable of immense destruction, but with o-so-conveniently one weak spot, as is always the case (Star Wars villains clearly employ Cantabrigians as engineers).

But I won’t spoil it for you. You can do that quite easily with your own imagination. My point is if you have seen Episode IV then The Force Awakens will be as sadly predictable as a Stormtrooper’s workwear. I have no doubt the creators tried to surprise us with certain elements of the plot, but therein lies the problem. Have they learned nothing from Master Yoda? “Do or do not. There is no try.” There were no moments of revelation in this movie, only of confirmation.

But it’s not merely the plot that jams this movie’s hyperdrive. Characters too are critically underdeveloped, and most serve only to fulfil the virtually unaltered typecasting of the original. Rey (Daisy Ridley), Finn (John Boyega), and Poe Dameron (Oscar Isaac) emerge as three new heroes of the story, but when the credits began to roll, I felt like I hardly knew any of them. The return of old favourites (Harrison Ford, Carrie Fisher, and Mark Hamill etc.)  might bring a smile to your face, but it’s blasted away when you realise they are really only there to “pass on the torch” then disappear. And there was a host of nonentities, so bankrupt of personality I’m having difficulty recollecting them. Among them Maz Kanata (the cantina-owning alien, with an appearance presumably not dissimilar to ET’s granny), who was meant to fill the role of revealing mentor and instead ended up filling some rather insignificant screen-time. The villains too, a key component for any good Star Wars film, were tragically underwhelming. For all the hype over Kylo Ren (Adam Driver), he came across as nothing more than a tantrum throwing teen, there was no true sense of threatening with him. While Domhnall Gleeson’s General Hux bore all the fearsomeness of a trumped-up school prefect drunk on his own insignificant power. It’s not to the film’s credit that the most excited I got about a character during two hours and sixteen minutes was at the brief appearance of Admiral Ackbar from Episode VI (the “It’s a trap!” guy- words that I find very appropriate in describing this film).

Why then, after all this, is the The Force Awakens so popular? Perhaps, after the disappointment of the prequels, fans want a Star Wars they can love again. But for me this is not that Star Wars. If I go to Episode VIII, it will not be in excitement of continuing the tale of Episode VII, but in homage to the originals. Until then, the force, for me, will remain very much asleep.