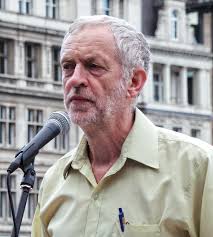 Having accepted leadership of Labour in September 2015, Jeremy Corbyn announced that his party was “stronger than we have ever been for a very long time.” Indeed, the highly contentious leadership race behind him could have been an indication of Labour’s vitality. And yet this is not how it was seen by the party or the press, and many hearken back to the summer of 2015 when three other leading Labour MPs could have taken his position. Though younger and more outwardly ambitious than Jeremy Corbyn, Andy Burnham would perhaps have handled the lower ranks of the party more skilfully; Yvette Cooper, with a long list of high-ranking positions behind her, has more front bench experience than the previous outsider candidate who now takes the party reigns. Nevertheless, in a ground-breaking leadership election, Jeremy Corbyn was the undisputed winner, perhaps reflecting public preference for ‘common man charm’ over modern political savvy. But his defeated opponents have not gone away – not least Burnham, whose elevated power after the election has been used to great effect to ensure his influence in the cabinet. As Corbyn’s recent reshuffle shows once again, Labour is a fragile coalition of disparate interests continuously unravelling, rather than uniting, under his ‘alternative’ leadership.

It is the expectation of change that has made his leadership so hotly debated; throughout the leadership campaign, his platform (or rather, his principle – he always endeavoured to be an equal to his audience) was one of straight-talking politics, sleeves rolled up and jargon toned down. He pledged a return to discussing real issues in Parliament rather than scoring petty points against opponents; indeed, his commitment to activism and even rebellion as a backbencher gave credibility to his cause and helped him win the leadership. Why, then, has the optimistic air of his election suddenly turned sour with internal disputes?

Corbyn’s promise of a deliberative Opposition was previously undermined by his decision to silence one of his most enthusiastic critics, Hilary Benn. Reorganising the cabinet to suit current needs must be considered the prerogative of any party leader – Cameron’s cull of the ‘pale, male and stale’ ministers in July 2014 was an attempt to reflect modern British demographics rather than a genuine replacement of underperforming senior MPs – and yet to truly appear as a move of strength, it should be enacted with one eye on the overarching goals of the party. The removal of Maria Eagle as Shadow Defence Secretary, the most high profile move of the reshuffle, means that Corbyn will face less opposition on Syria and Trident in the challenging months ahead. This is not the discursive cabinet that was heralded in Corbyn’s ‘new age of Labour’.

In fact, this is not a new age at all – the growing divide between the party’s moderates and hard-liners is disconcertingly similar to Labour of the 1980s. Under Thatcher and beyond, Labour suffered eighteen years out of government which Corbyn is certainly trying not to repeat; it was thought that a strong hold on the party’s different branches and a renewed purpose in the age of austerity would prevent such a disintegration in post-coalition politics. As Corbyn’s faltering first steps as party leader have shown, it is perhaps not the issues but indeed the petty squabbles which determine party strength in a political culture shaped by both Thatcher and Blair.

The removal of some ministers was as contentious as the survival of others; while two junior shadow ministers followed Pat McFadden out of the cabinet, countless more would have followed Hilary Benn if his rumoured replacement had come true. Benn and Corbyn have both had extensive careers as backbench warriors, earnestly championing causes which previously made them inadequate candidates for front bench positions. Now firmly seated on the front bench and at the helm of a fractious Labour Party, Corbyn could not ethically have culled the Shadow Foreign Minister without starting a miniature revolt within party ranks and destabilising his own leadership.

It is Benn’s now conspicuous presence in the shadow cabinet which proves the issue at the heart of Corbyn’s reshuffle. He is a leader with unprecedented popular support behind him, and yet the chaotic glory of his September election means little in the halls of Westminster where compromise and control are key. As many as 15 shadow junior ministers threatened to resign if Corbyn demoted Hilary Benn; within the cabinet itself, Andy Burnham threatened serious consequences if his former campaign manager, Michael Dugher, was removed as shadow minister for culture. Though he sought greater overall unity, Corbyn’s hands were tied in the reshuffle by those keen to preserve a unity which advantaged them, even at the expense of maintaining a splintered party in the long term. (Michael Dugher’s sacking and the subsequent silence of Burnham, however, could give Corbyn hope that his opponents will be less vocal when their own jobs are at risk come the next big reshuffle.)

This has not been the first test of Corbyn’s government – indeed, the Syria debate in December with its backbench revolts and civil liberty undertones must surely be considered a baptism of fire for the shadow cabinet. Nevertheless, though the first reshuffle of 2016 affected relatively few ministers, its impact on Jeremy Corbyn’s leadership must not be understated. His shadow cabinet, already fraught with the internal fractures of Labour’s difficult past, was promised to be one of collaboration – in a show of discipline over discussion, Corbyn has proved that this is perhaps not as simple as he had hoped. Indeed, the media furore caused by the resignation of junior shadow ministers is indicative of a greater concern about the Labour Party, now so weak as to be threatened by the departure of a few minor political players.

The Opposition now features different personnel in the ministries of defence, Europe and culture, and yet the previous ministers who occupied these spots were hardly well-known enough to cause huge debate. Instead, the spotlight falls on Corbyn himself, and it has illuminated some worrying inconsistencies between the optimistic new Labour leader of September and the somewhat disillusioned Jeremy Corbyn of the New Year. David Cameron’s Conservatives are certainly not a model of party cohesion and the upcoming debate on Europe will see his own cabinet fracturing to accommodate the party’s most heated opinions and yet, in an astute move of false tolerance, Cameron has promised a free vote on the European referendum for his divided ministers. What is key to Corbyn’s comparative weakness is that he did not give his party permission to critique and oppose him as he had promised, and thus had to simply watch as his junior ministers balked at his attempted authoritative reshuffle. With further battles to come, it appears that Corbyn’s push for strength has served only as a humbling experience in the subtle art of party leadership.