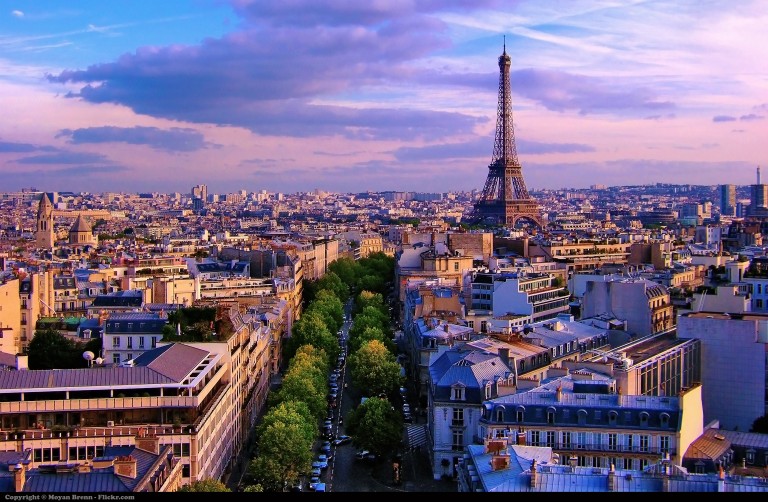 Paris in a day

Nothing like attempting a little slice of the impossible, but if you have the option, why not try?

The best and most efficient way to travel, like most metropolitan cities, is the very thing that takes its name from ‘metropolitan’: the metro. In Paris, the older metro stations have beautiful art-deco signage designed by Hector Guimard for its opening in 1900, as well as the more modern and practical signs. Whilst these were mostly clear, their distinct absence in the Gare du Nord meant we spent twenty minutes there seeking for the left luggage lockers, plucking up the guts to ask the SNCF people despite having forgotten the French word for ‘left luggage’ (it’s consignés). I then had to wait another twenty minutes for my travel companion, during which time I saw so many similar lost-looking passengers that I considered a sort-of signpost. I settled for playing a quick (not that quick it turned out!) game of guess the nationality.

We started at Montmartre so we could climb the hill in the sweltering heat that builds around midday – great planning. Finding our way to Place du Tertre, which is filled with portrait artists and cafés, was remarkably easy despite nearly killing our legs and the view was definitely worth it. By this point, we were starving having foregone breakfast, and so settled for a small sandwich shop just off the square called ‘Les Galettes des Malins’. A mistake, never buy sandwiches in France, especially in peak tourist area, this may sound obvious but the food will be overpriced and a tad tasteless (I know, tasteless French food does exist!).

This slight niggle was quickly made up for when we made it to the Sacré-Coeur Basilica. It was only consecrated in 1917, so is a relatively new monument but it is simply stunning, with its blinding white, intricate and ornate walls and domes. To top it off, the view from it was even more extraordinary than from the Place de Tertre.

We jumped on the Metro again to go to the Ile de La Cité, where some of oldest buildings in Paris are situated. Notre Dame de Paris had a ridiculous queue, trailing around the square and being stereotypically English we did not dare sneakily queue-jumping so we had to settle for seeing the outside, which for those who have seen it, is not too bad. So we went for ice-cream instead, which had the convenient consequence of getting us out of the glaring sun.

We then metroed our way to Place de la Bastille, before relaxing in the shade of the small park in the Place des Vosges, the oldest planned square in Paris. It was also reputedly the home of Dominique Strauss-Kahn, as my mother warned me; I don’t know what kind of scenario she was envisaging!

A stroll through the Tuileries then back to Montmartre for dinner at ‘Relais aux Gaston’, which specialises in South-Eastern French cuisine which provided un repas correct (a decent meal) which was at least authentic. Then goodbye to Paris….