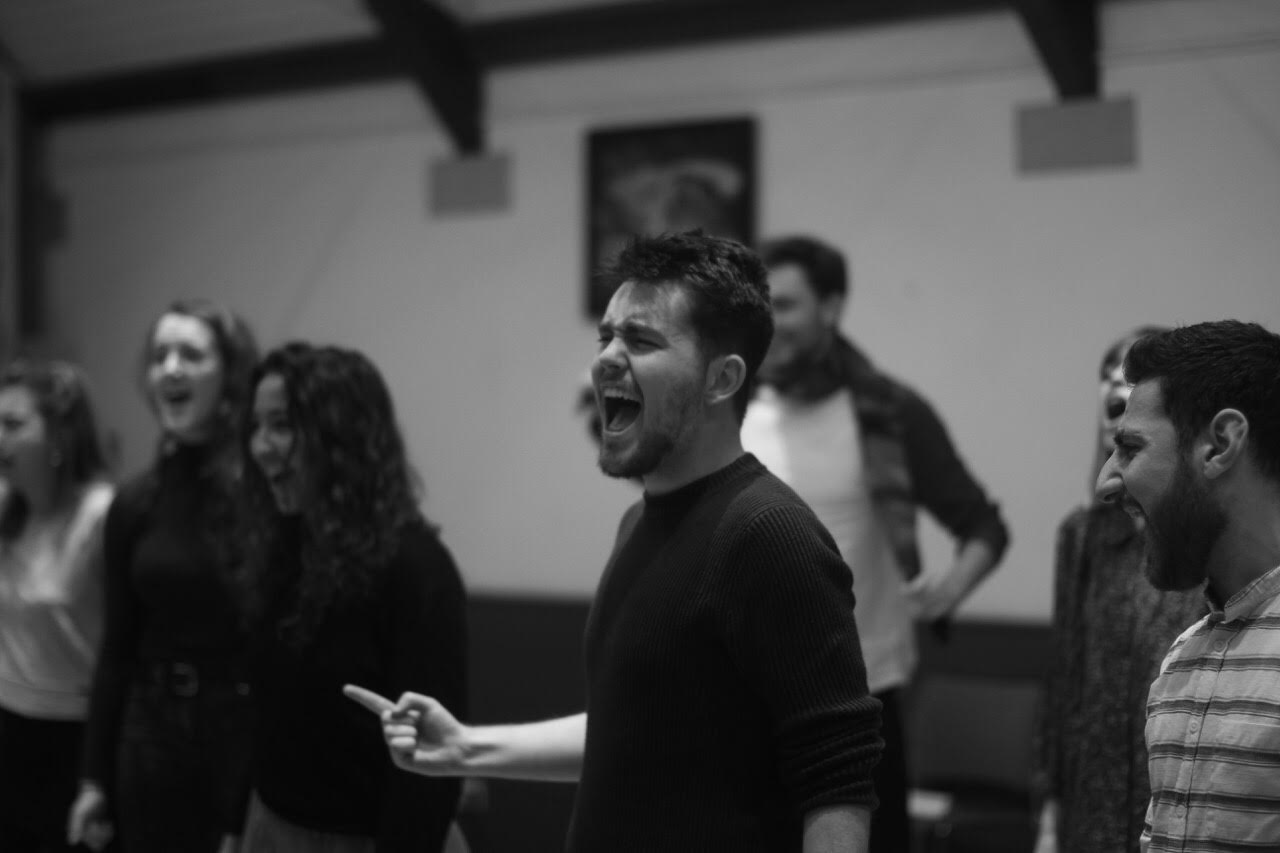 Loosely based on Puccini’s opera ‘La Bohème’, RENT is an intense musical, set in the gritty deprivation of 80s New York. Larson’s lyrics convey a diverse array of emotions and hard hitting issues such as AIDS, addiction, poverty and the deaths of loved ones: it’s a lot to take on. But the sheer energy on display at the preview suggests to me that the cast and crew of RENT are not shying away from such a mammoth task; in fact, they’re relishing it.

This student production has decided not to change the original setting. I was sceptical, but producer Nicole Evans explains that so many of the issues are integral to the setting, plus it’s the 20th anniversary and in some ways a bit of an homage to the original production.

Director Georgia Figgis is the main source of energy for this production, pushing her cast to create their own identities, and interpret the music without the aid of Broadway or film recordings. She has encouraged each member of the cast to be spontaneous, and to give real feeling to each of the songs, steering clear of cliché and a bland production.

The fabulous title number ‘RENT’ is big, bold and packed with energy: it is here you really appreciate the detail in her direction, and how naturally the cast interact. Choreographer Ed Addison has provided a new lease of life to the musical, and his perceptive choreography and movement gives a more emotional take on the classic songs. The sensitive choreography of the beautifully performed ‘Without you’ (Eleanor Shaw’s voice is breath-taking, her simple performance as Mimi will have you in tears) is moving and changes what is traditionally a transition song into a highlight of the show.

Everyone’s favourite, ‘Take me or leave me’ is sexy and angry; Kitty Murdoch as Maureen owns the stage with her sass and rich voice. The sensational musical veteran, Annabel Mutale Reed, matches Murdoch with her formidable portrayal of Joanne. Their chemistry on stage is riveting, and as they bounce off each other it is clear that the casting has come into its own for this pairing.

Holding up the show is the narrative role of Mark, portrayed by Conor Diamond, who has reinvented the typically soppy or ‘vanilla’ role; instead he’s witty and engaging, using Mark as the fourth wall. I was particularly struck with his masterful performance in the ‘Tango Maureen’, navigating comedy and difficult music with apparent ease – he’s also conquered the American accent seamlessly. The strength of the cast’s vocals as well as their energy, real interaction and understanding of the issues dealt with in the show is palpable.

I can’t wait to see them perform ‘La vie bohéme’- I have a feeling that it will definitely be the one to look out for, giving the cast the opportunity to explode on stage and relish the wittiness of Larson’s lyrics. I’ve booked my ticket, I’m sold, and I’m certain that RENT will wake up your dull and wintry January.

Lovesong at the Michael Pilch Studio

Preview: The Crucible at the Sheldonian