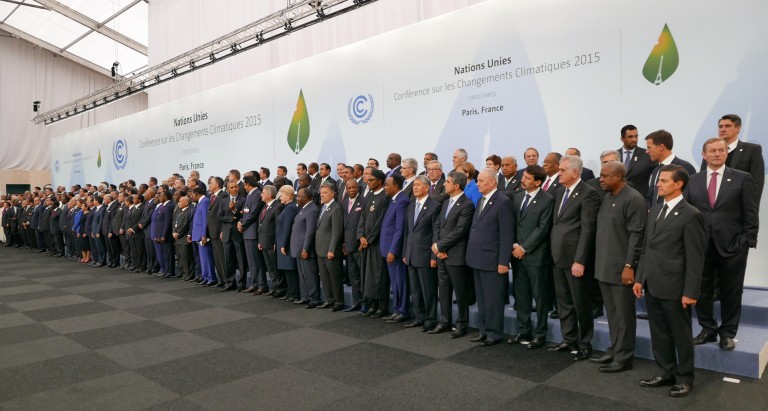 At the Paris Climate Conference Cameron declared “we should be taking action against climate change today”, but this virtue is not reflected in his domestic policy. In the eight months since their election the Tories have made drastic changes to the energy sector with far-reaching consequences.  These changes are troubling for any hopes of a sustainable future.

The appointment of Amber Rudd, climate change action advocate, to the role of energy secretary soon after the election led to some optimism. A few commentators observed that if Rudd and the Department of Energy and Climate Change were allowed to dictate climate change policy then things were looking up. At the same time, they cautioned that if the Treasury overrode the department’s decisions then there could be problems.

It became clear that the latter was the case when Osborne released his summer budget. The feature most pertinent to the renewable energy sector was the end to its exemption from the Climate Change Levy. This move saw him insist, ludicrously, that producers of renewable energy pay a tax originally designed to give them an advantage over their less climate-friendly competition. When questioned about this baffling decision, he was keen to direct attention towards the Conservative’s desire for a strong deal at the Paris conference in December rather than their actual policy. This attempted misdirection seems to be typical of the Conservative approach to Climate change: on the international stage they strive for big, bold but, crucially, long-term emissions commitments, while back home their actions move us in the opposite direction.

A number of other changes to the renewables sector were announced in autumn, including a reduction of onshore wind subsidies – the only cut that actually appeared on the Conservative manifesto mandated by the voting public. A further provision was the fast-tracking of the creation of a fund for fracking and North Sea oil ventures. This led to a significant political backlash, with the UN’s Chief Environmental scientist describing these actions as a “perverse signal that we do not want to create”. Equally disturbing were the ramifications for the renewables sector, with solar firms going bust and community projects having to be scrapped. One such casualty of the Tories’ cuts was the Balcombe solar farm. Originally intended to be the site of major fracking, the residents decided that instead Balcombe should be entirely powered by a new solar farm.  An inspiring fundraising effort ensued and the community overcame a number of bureaucratic hurdles. Then, the Tories ended tax breaks for solar projects in November, forcing local energy groups to pull out. For Balcombe residents, the dream of an entirely solar powered village was ended.

In November, Rudd announced that the Conservatives aimed to close all coal-fired power plants by 2025. However, rather than replacing these with renewable sources, they are to be replaced by natural gas and nuclear plants – a somewhat unsatisfactory and short-sighted solution. Further criticism was provoked when a leaked letter revealed that current UK policy is not sufficient to meet its EU target of getting 15% of its energy from renewable sources by 2020.

The UK’s façade of a strong commitment to climate action at the Paris Climate Conference has inevitably led to numerous accusations of hypocrisy. Commentators were especially critical of Osborne’s scrapping of a £1bn fund for carbon capture and storage. Such technologies are likely to play a critical role in meeting COP21 targets.  The conference, unfortunately, seemed to have no effect on the Conservative’s harmful approach to climate policy: soon afterwards a 65% reduction in solar energy subsidies was announced.  The usual explanation of reducing renewable energy producers’ reliance on Government help was reeled out.  However, the large and increasing subsidisation of the better established fossil fuels sector in the UK reveals that this is not the true priority.

The UK is not the only developed country that can be accused of hypocrisy. The overriding aim of the Paris treaty is to keep global warming well below 2 degrees, but countries’ individual commitments will to lead to global warming of around 3 degrees. Disparity between long term goals and short term action is, regrettably, a widespread global defect, and one that must be resolved if we are to succeed in combatting climate change.

Nevertheless, this does not make the anti-environment actions of the Tories any more excusable. If there is any hope of living up to Cameron’s impassioned declarations in Paris, the Conservative Party needs to rethink its domestic policy.