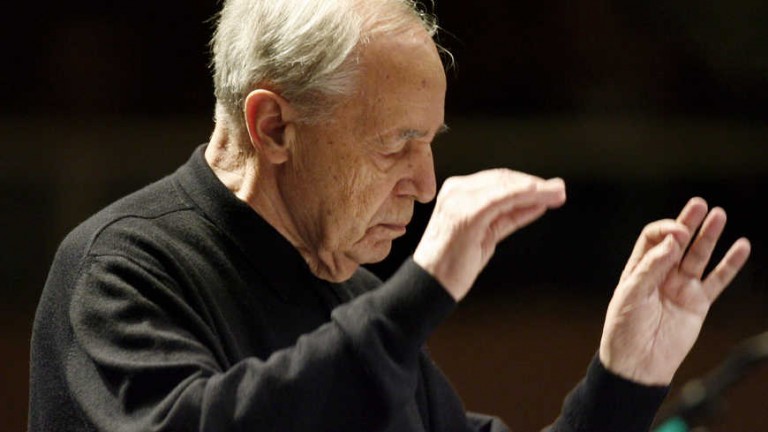 On Wednesday, upon hearing the news of the death of the composer, conductor, writer, intellectual, teacher and bon-vivant, Pierre Boulez, the musical world paused to recollect everything that he had given it: not only many dazzling musical masterpieces, and not only a wealth of the highest quality recordings with the best orchestras and ensembles, but several concert halls, a research institute and, most importantly, changed attitudes towards contemporary culture the world over.

How, then, to approach Boulez’s music? It’s true, Boulez’s music is challenging. Like Wagner’s operas, Proust’s novels and Paul Klee’s miniatures, Boulez’s work is so often to do with space – musical space, physical space, and intellectual space. As such, it takes time to appreciate and is music that benefits from unprejudiced ears, total immersion and repeated listening. This is music whose expression does not necessarily lie on the surface, but beneath, and, as such, one should really devote oneself to it without distraction – as one willingly does, for instance, when reading a challenging literary masterpiece – in order to gain something from it: the more one gives, the more one gets.

But does this not suggest that Boulez’s music is elitist, esoteric and largely inaccessible? Maybe this is true in part, but to reject Boulez completely on these grounds is useless. It’s probably true to say music that is ‘open’ to the listener was not as big a concern for the post-war modernists as it is now, and – let me be clear – of the things with which I disagree most of Boulez’s thinking, it is this issue about which I feel most strongly. But, to a certain extent, it’s also dangerous to say that lack of accessibility is just the fault of the composer. Sometimes, ‘accessibility’ can be used as an excuse by somewhat prejudiced listeners – ‘oh no, not modern music! It’s all too esoteric and irrelevant’ – whereas, quite often, they do not wish to commit to it. But who is to blame? The problem lies, in part, with the way classical music is presented: in unrelaxed, austere environments in which audiences must commit to list of old-fashioned rules and conventions, and frequently without a hint of curative creativity or entertainment. It’s maybe unsurprising to say that Boulez was, in fact, on top of all of this: he designed concerts in informal settings, with audience participation and interactive learning experiences.

People often say to me ‘contemporary music has no melodies I can sing back after I’ve heard it’, and, it’s true, Boulez’s melodic writing can seem pretty intangible. But let me put it this way: how designed to be instantly memorable is the melody in Japanese Noh and gagaku, or in Balinese gamelan? Boulez’s music owes as much to music from other cultures as it does to its own, and, being music that is closely tied to the society in which it was written, reflects rising multiculturalism. The emphasis, we discover, does not need to be on melody; memorability can arise in gestures, durations, timbres and rhythms.

Boulez’s music, however, is only one part of ‘Boulez’, and, in some ways, I feel that there are other aspects of his legacy from which we can learn even more. In 2000, he said ‘be aware of the inertia of others, and be more stubborn than they are’. A statement with typically Boulezian incisiveness, it is designed to make you sit up and think: yes, we must rethink and reinvent everything that we do; yes, artists should seek new ways to inspire and innovate; yes, audiences must seek to push themselves; yes, musicians must find new ways to present concerts; and yes, most importantly, we must seek to do these things in a manner that inspires new audiences. It is in this way that we all can and should learn from him. In some ways, I like to think of ‘rethink, reinvent’ as not only an aesthetic mantra but also a way of life – and this is thanks to Pierre Boulez.

But, lastly, we should simply remember the passing of a deeply kind and generous man. I met him once, aged 14: Mr Modernism talked only about his over indulgence of birthday cake.

One of last masterpieces, Anthèmes II, in which the violin is reinvented through the use of electronic effects built at his research institute near the Pompidou Centre, IRCAM, and which creates a completely new, enthralling sound world. Performed here by Michael Barenboim at the BBC Proms to 5000 people.

Boulez, the man who reinvented conducting, in rehearsal with the Vienna Philharmonic. A wonderful opportunity to see him at work, and hear the way he deconstructs his Notations in order to create a coherent performance of the complex score.

Boulez the ideal teacher: more than anything else, he provokes the curious to question, to reconsider and to learn.