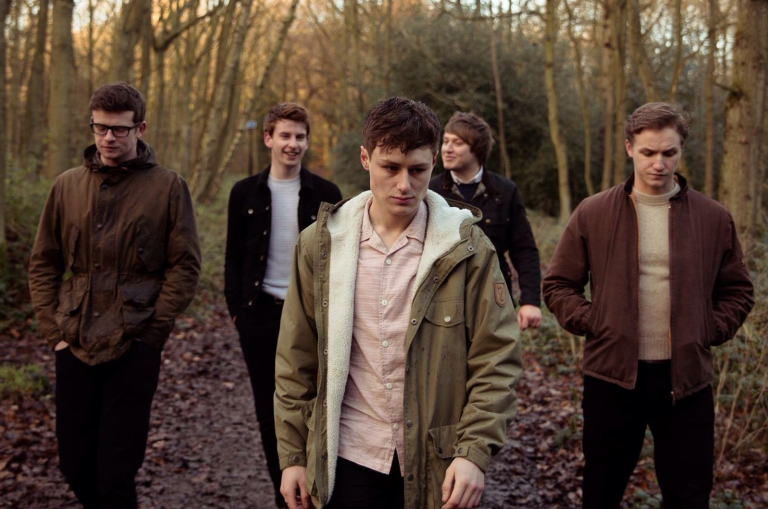 Brooding, pensive, mysterious are just three words which you might use to describe the live presence of Sheffield band, The SSS. Their sold out hometown show last year was a testament to the care that is behind the band’s music; releasing a single here and there, their catalogue is growing into a carefully composed discography – any of which have the potential to be big hits, if only the band secure themselves some airplay.

The release of their EP Love. Lust. Loss last year only added to the band’s blossoming cult status. Branching out from the familiar territory of Sheffield’s music venues, The SSS have been gracing other major cities in the UK with their presence – from London to Aberdeen. Maybe this is the year that they’ll break into the bigtime? Who knows… watch this space.

Jordan ‘Essex’ Cardy, aka RATBOY has exploded onto the scene since the release of his mixtape back in 2014. Since then he’s been booked for the NME awards tour, and will play alongside Bloc Party, Drenge and Bugzy Malone. Whilst he’s by no means a newcomer on the scene at the moment, he’s a highly talented artist you should keep your eyes on this year.

Cardy’s knack for capitalising on the disillusionment many young people feel with the Tory government with his infectiously catchy lyrics “young, dumb, living off Mum” is his main appeal, and with a sloppy delivery style similar to Jamie T, there’s chaos to be found at his live shows. Fans can expect RATBOY’s debut album this year, so keep your eyes peeled for anarchy near you.

Spanish pop quartet Hinds released their debut album Leave Me Alone at the turn of the new year, and it’s a captivating record which oozes strong feminine charm. From the jangly guitar in the song ‘Garden’ to the slightly grungier sounding track, ‘Castigadas en el Granero’, there’s a smorgasbord of sounds and emotions evoked by this record, which combine to highlight just how talented Hinds are.

2016 will see the girls touring with the album– they’ve already sold out a number of shows – so if you’re a fan of the angst of bands such as Blondie and the Runaways or you just want a good excuse to shout your heart out, get yourself down to one of their live shows.

North London band Gengahr released their debut album A Dream Outside through Transgressive Records on June 15th last year. It boasts romantic, intoxicating melodies like ‘Heroine’ and ‘She’s A Witch’ which beg the listener to lay down on their bed and immerse themselves in the captivating vocals of frontman Felix Bushe. Bushe’s mellow vocal has the same lingering quality as Orlando Weeks of the Maccabees fame, and yet Gengahr’s sound remains distinctly their own.

Emotionally fragile narratives paired with an assertive groove is a tried and tested recipe for success, and it looks like 2016 could be the year that Gengahr really take the festival scene by a storm, cementing themselves as a household name.

Although this Irish band are far from new, having been on the scene since they formed back in 2007, 2016 looks set to be a good year for TDCC fans as there is the promise of new music. The band have been quiet since 2012 when they released their second album, Beacon, an album which saw the duo transform into indie-disco stars as they cast off the bashful nervousness of their debut, Tourist History.

The new release might include some collaborations, with the band’s bassist, Kevin Baird, telling a local Irish paper: “Collaborations are always something we’ve seen merit in and if it’s the right person for the right thing, then definitely.” If that’s what’s happened with the new record then it will be interesting to hear the direction the band have gone in, after such a radical change in sound from their first to second album.