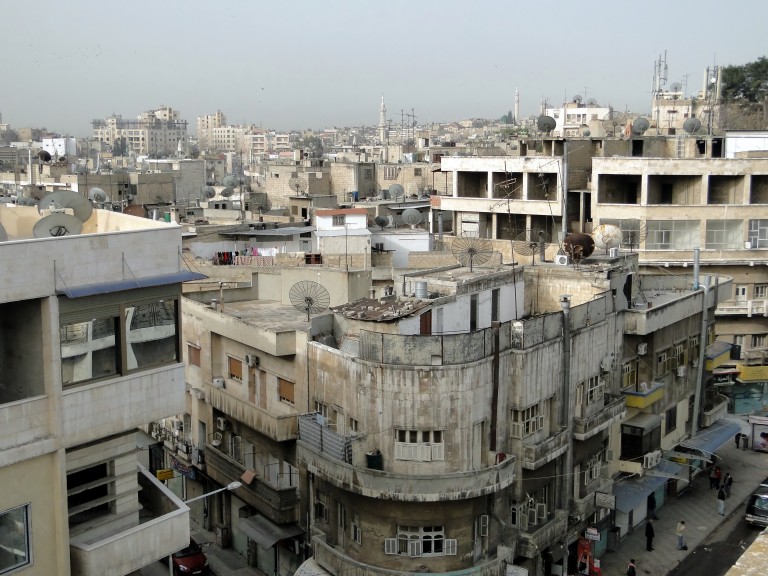 In his last state of the union address Barack Obama renewed his commitment to “use every element of national power” to support the United States’ allies, and to “mobilize the world” to in order to tackle matters of global security. Although this statement seems straightforward enough, it begs the question: who are America’s allies, exactly, and who is President Obama seeking to mobilize? In particular, who are America’s allies in the Middle East, where it has been heavily involved for over a decade? The answer to these questions may seem clear. The U.S. is opposed to various terrorist groups and nations in the region. These include groups such as ISIS, al-Qaeda, Hamas, and Hezbollah, and nations such as Iran, and Syria. The U.S. is allied with various nations, and militant groups. These include the nations of Saudi Arabia, Turkey, Israel, and Jordan, and groups such as the Syrian National Coalition (Syrian rebels opposing Bashar al-Assad’s regime in Syria). What is less clear is why the U.S. has the allies and enemies that it does, and no justification was given during the address for the foreign policy objectives those alliances are meant to service.

As a matter of fact, the U.S. chose its friends according to the pursuit of two policy objectives: promoting the end of authoritarian regimes in the region, and ending Islamic terrorist activity. Allies such as Turkey date back to the Cold War, and certain others may have emerged for economic reasons, such as Saudi Arabia. These two objectives played a significant role in dictating the most recent U.S. involvement in the Middle East. The rise of the Syrian opposition against Bashar al-Assad’s regime gave the U.S. an opportunity to attack the authoritarian regime in Syria without the use of U.S. military forces, by simply arming the rebel opposition For similar reasons, and with the added motivation of preventing nuclear proliferation, the U.S. pushed for economic sanctions against Iran. As regards the objective of ending terrorist activity, the U.S., and to a lesser extent its European allies, have conducted military operations for over a decade, most recently and prominently against ISIS.

Taken separately, both policy objectives and the alliances they have engendered may be evaluated on their merits. Some may argue that promoting regime change in any form has a destabilizing effect, while others may argue that the existence of authoritarian regimes only stalls sectarian violence rather than eliminating it. Some may agree that terrorist activity must be stopped, but that air strikes and drone campaigns are not an effective strategy. However, when both policy objectives are implemented concurrently, as they currently are, U.S. foreign policy suffers a deeper problem. Namely, it is self-defeating.

Taking the conflict in Syria as a case study, consider the concurrent pursuit of defeating terrorist groups in Syria while promoting the decline of Assad by backing the Syrian opposition. The Syrian opposition is fighting both Assad and ISIS, and so in backing the rebels it seems that the U.S. kills two birds with one stone. However, Assad’s Syrian governmental forces are also fighting ISIS. So weakening Assad amounts to weakening one of ISIS’s chief opponents, and thus strengthens the terrorist organization. On the other hand, fighting ISIS helps strengthen the Assad regime, which is officially an enemy of the U.S. It might be hoped that both Assad and ISIS will devour each other, and ultimately lead to victory by the Syrian opposition. However, this would also represent a problem. An important ally to the Syrian opposition is al-Qaeda, or more specifically al-Nusra, the Syrian branch of al-Qaeda that has recently split with ISIS over ideological and strategic disagreements. Al-Qaeda has been a major U.S. enemy for decades, and in strengthening the Syrian rebels the U.S. strengthens al-Qaeda. Thus, victory by the Syrian opposition might do little to end terrorist activity, and may indeed strengthen al-Nusra. No matter what option the U.S. takes in Syria, it is destined to lose.

U.S. policy in Syria is doomed to fail because it attempts to achieve two goals that are at this stage incompatible with one another. The ending of the authoritarian Assad regime and the ending of terrorist activity in Syria cannot be reconciled since the success of one objective entails the failure of the other. Worryingly, this problem is not limited to Syria, but extends to U.S. policy in the entire Middle East.

The problem is that there are multiple terrorist organizations that oppose one another for ideological reasons, and many of them are backed by competing nations in the region, all of whom have authoritarian regimes that use these groups to vie for dominance in the region. For instance, as the major Shia power, Iran supports Hezbollah, a Shia extremist group. In contrast, major Sunni power, Saudi Arabia, backs Sunni extremist groups, including al-Qaeda. Fighting Shia extremism, and the nations that back them, such as Iran, de facto strengthens Sunni extremist groups, and the nations that support them, by weakening an important enemy. Furthermore, fighting Shia extremism, and in particular opposing Iran, has led the U.S. to ally itself with Saudi Arabia, and overlook the Saudi’s funding of Sunni extremism. The point has been made repeatedly, but the current military conflict in the Middle East represents the most recent instantiation of an ongoing conflict between the Sunni and Shia branches of the Islamic religion, and the major powers in the region that represent these branches. While the U.S. has not taken sides in this civil strife, it has puzzlingly attempted to take on all comers. The U.S. has attempted to fight Shia extremists, Sunni extremism, Assad and Iran, all at once. But pending the incredibly unlikely rise of a truly democratic force in the region, the only possible outcome is that one extremist group triumphs over another, and that one authoritarian nation triumphs over another. Either outcome represents a failure according to current U.S. foreign policy.

Should the U.S., and the west in general, pick sides? No, the west ought to identify which groups in particular are a genuine threat to domestic security, and guard solely against them. It is widely thought that ISIS is such a threat, and indeed it represents a sort of odd duck. Since ISIS is specifically a Salafi Sunni extremist group, and is opposed to other Sunni groups such as al-Qaeda, it does not receive direct support from major Sunni powers. Thus, attacking ISIS would not embroil the west as deeply in regional conflict. However, effectively targeting ISIS would require a realignment of U.S. alliances, and a change in its foreign policy.