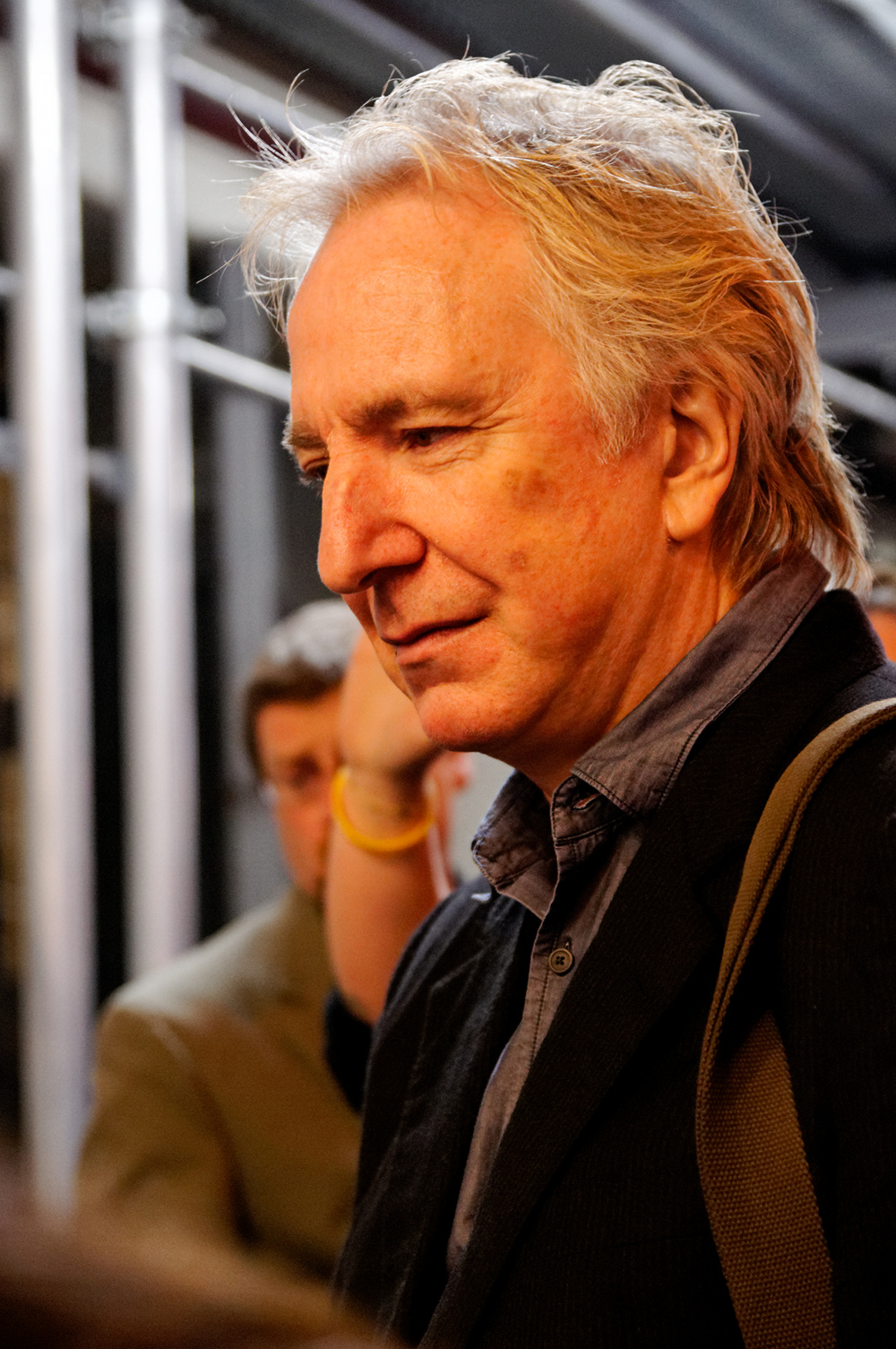 For a long time, you’d have been forgiven for associating Alan Rickman with the typecast ‘bad guy’. His career certainly started that way, with his seductive portrayal of the mordant villain Valmont in Christopher Hampton’s 1986 stage production of Les Liaisons Dangereuses. His arrival on the film scene, too, saw him play a trio of baddies: he was Hans Gruber, Bruce Willis’s sardonic, cowardly rival in Die Hard; the cruel, corrupt Sherrif of Nottingham in Robin Hood; and gave a chilling performance as Rasputin, the Russian mystic in the acclaimed 1995 film. We know him best as Professor Snape, who prowled through the eerie corridors of Hogwarts and into our nightmares, perhaps with the occasional characteristic sinister swish of his cloak. Even in the feel-good Love Actually, his character Harry’s foolish endeavours led to one of the most heart-breakingly sad scenes in British cinema. Rickman’s part may not quite have been a villain, but Emma Thompson’s tearful reaction to his gift of an “emotional education”, and her devastatingly stoic attempt at self-preservation, paint him as a very bad guy indeed.Pict

But there was a very different side to Rickman. It’s a side that stood in complete contrast to his bad-guy roles, although we might have seen hints of it when he played the modest and honourable Colonel Brandon in Sense and Sensibility. He was born, he said, “a card-carrying member of the Labour Party”, and devoted much of his time to the pursuit of helping others. He was highly involved with charities Saving Faces and the Performers’ Aid Trust, which support artists in developing and poverty-stricken countries. Just two months ago, he recorded the voice over for a viral video raising money for Save the Children, “This Tortoise could save a life”. Rickman was a feminist, a philanthropist, a gentleman. That he was never once nominated for an Oscar was not, for him, a cause of disappointment or offence. “Parts win prizes”, he said, “not actors”. He was also not one to flaunt celebrity. He married Rima Horton in 2012 after fifty years together at a secret ceremony in New York, far from any watchful media eye. Not many people were aware of his struggle with pancreatic cancer, or the stroke that preceeded it. He died surrounded by family and friends.

The first of Rowling’s hugely successful Harry Potter books began their transition from page to film long before the later installments were written. The directors, as they worked on the early films, knew no more about the plot’s eventual resolution than we did. Rickman, however, had the upper hand. Rowling had entrusted him, and him alone, with the knowledge of the plot point that arguably explained the whole saga: Snape was a double agent. He had been working for Dumbledore all along. Rickman was not playing a villain as such, but rather, was playing a character who was playing a villain. “It was quite amusing”, recalls series producer David Heyman. “There were times when a director would tell Alan what to do in a scene and he would say something like, ‘no I can’t do that – I know what is going to happen and you don’t”. Rickman’s commitment to his part, to his art, was staggering. To watch the earlier films in the series and understand, with the benefit of hindsight, his hesitation, his lingering, the sadness in his glances, is to marvel at his artistry. He kept Rowling’s secret subtly, and absolutely. He convinced us, as Snape convinced Harry, of his dark allegiances, and yet paved the way for the eventual revolution to be wholly believable. His role was perhaps more crucial to the Harry Potter films than any other, and he executed it masterfully. Rowling was not alone in thinking him a worthy confidant. “He was the ultimate ally,” said Emma Thompson, many-time colleague and long-time friend on Thursday. “I trusted him absolutely.”

“People create perceptions of actors based on the parts they played,” wrote Daniel Radcliffe in his personal tribute to Rickman. Radcliffe’s intention – to tell the world what a nice man the face of Snape really was – was sweet, but unnecessary. We had long been captivated by him. We had already watched and noted the development of his prolific career. We had already been charmed by his deep sultry voice, which he said a drama teacher had likened to a sound “coming out of the back end of a drainpipe”. He was charismatic, distinctive, unique. That Rickman was a wonderful man was something we all already knew. 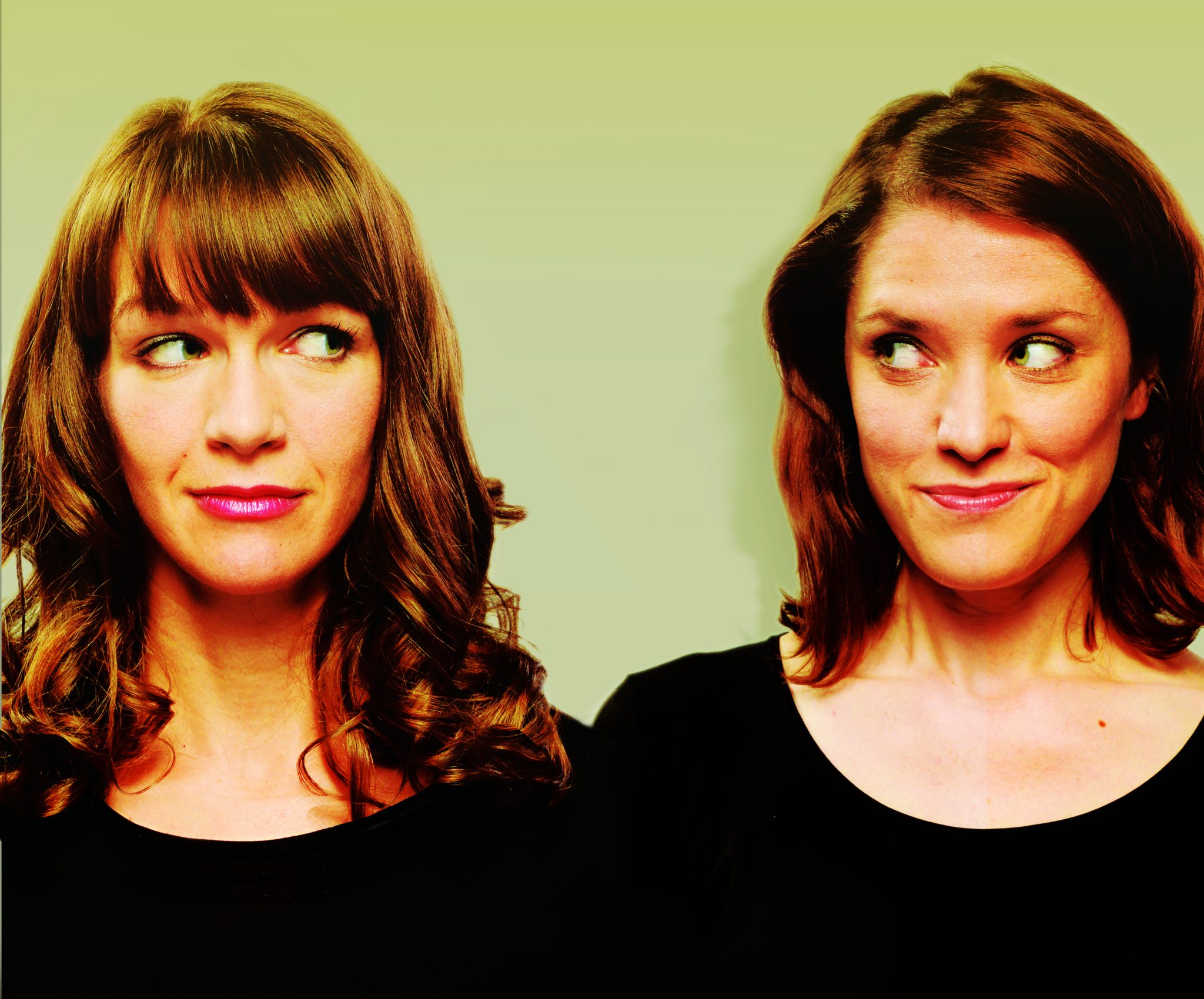 The Rising Stars of Croft and Pearce: An Interview

Back with real bite

Wes Anderson takes us back to childhood with Moonrise Kingdom