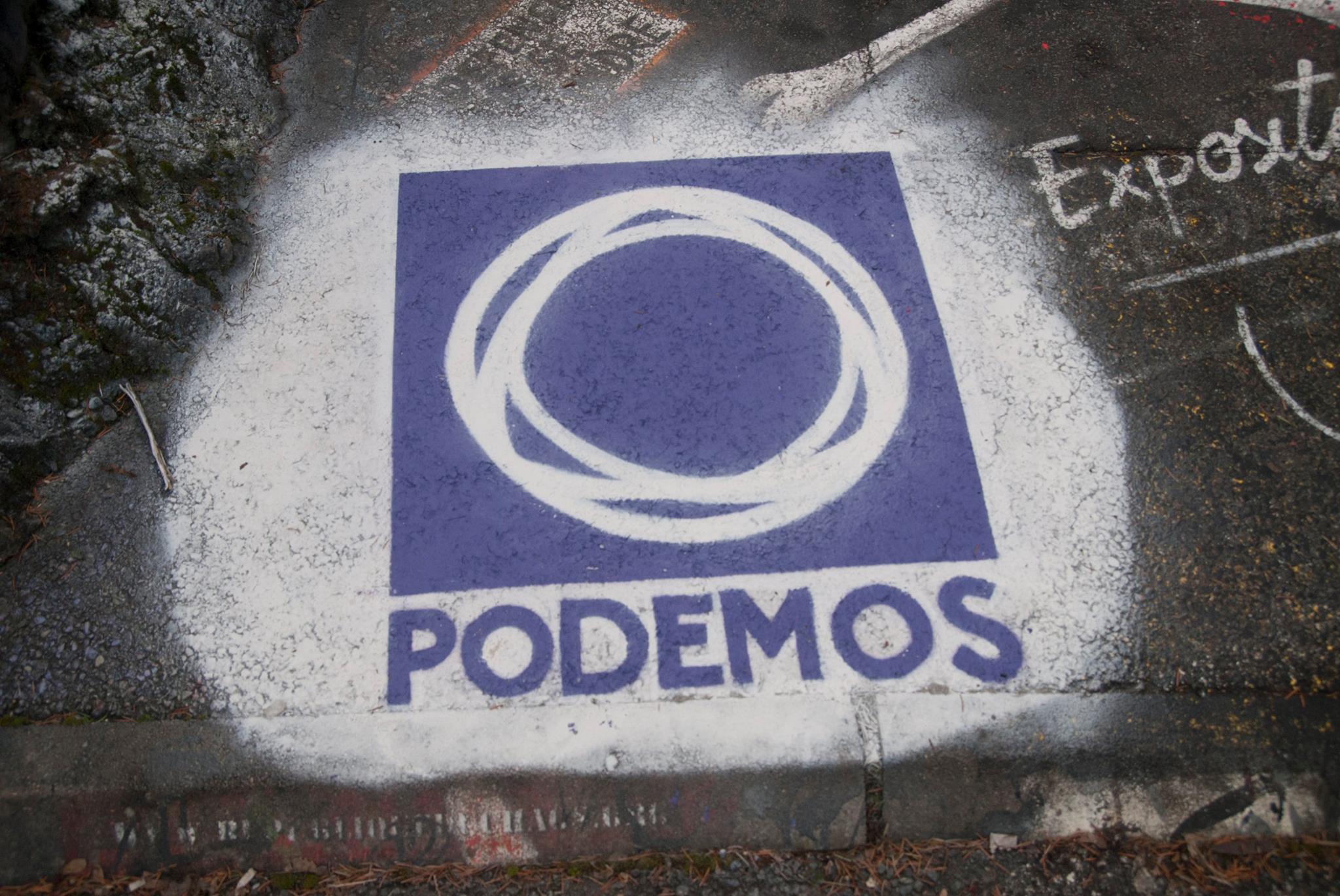 Straight-talking, anti-establishment, fiercely anti-austerity, and aiming towards the establishment of a new politics, Jeremy Corbyn and Pablo Iglesias, the leader of the Spanish radical left wing party, Podemos, represent a pan-European phenomenon giving expression to discontent and feelings of abandonment. Podemos, founded in 2014, has just won around 21% in the Spanish General election. Spanish politics has changed completely, but what does this all mean for British politics? What does this mean for the anti-austerity movement in Britain? Should Jeremy Corbyn look to Podemos for ideas on how to mould his party?

Podemos is an example of a European party with hard left policies winning votes, and we need to appreciate just how radical Podemos actually is. While Corbyn’s right hand man, shadow chancellor John McDonnell, was recently ridiculed for quoting Chairman Mao’s Red Book in the Commons, Pablo Iglesias, former member of the Communist Youth, is regularly caught quoting Hugo Chavez, and many in his party are actually former advisors to Chavez in Venezuela and Morales in Bolivia. The party is openly allied to international Marxist and socialist governments – and it makes no secret of it. Nor does Podemos makes a secret of its foundation upon public anger. As the party manifesto states, it aims to ‘turn outrage into political change’. Quite a contrast with the way Corbyn’s Labour is often attacked as being a ‘party of protest’.

Podemos makes clear and loud use of the language of class warfare. ‘The caste’ – their term to describe the Spanish political, economic, and social elite – ‘is driving us into the abyss for their own selfish benefit. It is only from the citizens that the solution can come’, reads the opening section of the party’s manifesto. The use of this type of language in British politics is almost inconceivable. However, Podemos very successfully combines this language with the modern socially progressive language of identity, with strong environmental policy and an international and innovative outlook.

Their manifesto calls for ‘freedom of sexual orientation and identity against every form of discrimination’. The party emphasises the importance of science and innovation, calling for the creation of a State Pact for Science and Innovation to promote innovation in the private sector, and to increase public investment in science. The party calls for a new plan for the introduction of “emotional intelligence” classes in schools, for the learning of foreign languages in schools, as well as the elaboration of a new ‘Plan Africa’, which sets out to support African countries in their struggle for democracy, human rights, gender equality, and sustainable development. Podemos is clearly promoting a distinctly contemporary style of left-wing politics, but without abandoning old Marxist language. The Marxist language represents the party’s populist element. Is this a model for the British left to follow?

Corbyn is often accused of wanting to take Britain back to the 1970s, a criticism never levelled against Pablo Iglesias, perhaps unsurprisingly, as Spain was under Franco’s rule until 1975. In this way, British leftwing politics faces the challenge of being accused of wanting to turn back the clock, while Spanish leftwing politics does not. All this is made even worse by the fact that Corbyn has been a social activist since the 70s – to many it looks like he’s still fighting the same battles with the same ideas. Part of the solution is to adopt more progressive and forward-looking language and symbolism, which is very difficult for Corbyn given his age and past.

Corbyn’s election to the party leadership and the success of parties like Podemos in Spain and Syriza in Greece, demonstrate the appeal of a strong anti-austerity message. The Green Party – in Britain and elsewhere, including Spain – has been an anti-austerity party since the financial crash and has not changed its position since – but their anti-austerity message was not central. Green Party policies are extremely similar to the ideas of Iglesias and Corbyn, the main difference is that the Green Party has very little emotional appeal. The Greens do not take advantage of sentiment. There are votes to be won on a central anti-austerity stance.

This is a time of great change for British politics – if the Labour Party falls apart before the next election, and Corbyn is deposed, there is potential for the creation of a new party based around the policy of ending austerity. With the approaching EU referendum, UKIP will necessarily disappear – whatever the result – and another party may take its place. This will be a party that takes advantage of popular sentiment and the sense of political abandonment, whether left or right wing, or with elements of both.

So for the time being Jeremy Corbyn should look to Podemos with caution – it is a party which has risen to prominence in a very different social, political, and historical environment to that in Britain. Any attempt to emulate their Marxist language – as well as splitting up the Labour party – would undoubtedly be ridiculed in Britain, whereas such associations are more acceptable in Spanish politics. Nevertheless, it may be useful for Corbyn to heed the more contemporary and progressive elements of Podemos. Labour should look to Podemos as a party which has united a fierce anti-austerity message with other extremely modern and forward-looking policies. Podemos, minus the Marxist language and with its most radical policies toned down for a centre-left Labour Party, may actually be a useful model for Labour.

Looking to Podemos could certainly help Labour from accusations of wanting to turn back the clock – it’s a party based on old Marxist ideas that has created a modern image for itself. Perhaps most importantly of all, Podemos is completely unambiguous – crucial if a party is to win votes on the left. Two key elements to the party’s success – the way they’ve successfully created an image of themselves as a distinctly modern party, and their complete lack of ambiguity – are elements from which Labour can most definitely learn.

The BBC is on the chopping block. Is the corporation still worth the licence fee?