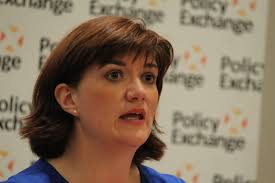 David Cameron’s call for more Muslim women to be taught English is symptomatic of his mixed record on women’s issues; it is, however, more nuanced than some of his critics allege. The initiative to release £20 million of funds to improve the English of Muslim women, 22% of whom, the government claims, speak little or none of it, is a noble one. It begs the question why feminists themselves have not raised this issue more stridently.

Moving onto the negatives. Previous cuts to almost the very same budget seem hypocritical in light of this policy. To cut a budget that has the potential to get more people in work paying tax and thereby recoup expenditure seems counterproductive. Furthermore, it was clumsy to link, albeit indirectly, a woman’s poor command of English with a higher risk of radicalisation. The fact that British Muslim men and women known to have joined ISIS speak fluent English appears to have escaped Cameron. What is more, the legal and moral grounds for deporting those who don’t pass English tests have been strongly disputed.

Also, why just target the estimated 190,000 Muslim women who speak English poorly? In the 2011 census around 800,000 people in the UK admitted that they speak little or no English; half of these people are unemployed. There is an unpleasant whiff of politicising about this government policy. It seems calculated to underline that the Tories are ‘cracking down on extremism’; whereas they have singled out Muslim women, who are only part of a wider problem in this country.

In coalition and as a majority government, the Conservatives have sent the rate of unemployment tumbling. They could reduce it even further by improving the English skills of these 400,000 or so people. Philip Davis, Conservative MP, questions why the UK government should pay for people to learn English in the first place. He rightly points out that, as EU citizens, British citizens would not be entitled nor obliged to learn Spanish in Spain. I would counter though that us Brits do not have the moral high ground when it comes to learning the national language of the countries we settle in; it seems a tad rich to force people to do the same here.

Nonetheless, there is a strong economic and fiscal case for providing English lessons for those who could get a job as a result. The pass rate at the end of ESOL (English for speakers of other languages) courses is high: 110,000 out of 130,000 passed in 2014/5. Having passed and started earning, the individual would repay the cost of the lessons to the government many times over in tax.

An aspect of Cameron’s argument that bears scrutiny is that English lessons could play an emancipating role in Muslim communities where patriarchy and misogyny effectively imprison women in their homes and close social circle because they cannot communicate with the outside world. The resultant lack of freedom and self-determination could be alleviated if these women are liberated by learning English. The Conservatives have missed a trick here by allowing the reference to radicalisation to overshadow this policy capable of tackling an immense social injustice. Likewise, Cameron’s good work on women’s issues and rights often goes under the radar.

This latest move is a neat encapsulation of the Prime Minister’s mixed message politics. The shape shifting Cameron is hard to pin a label on: Thatcherite or Blairite; 2010 Election bungler or 2015 majority winner? Was it simply a case of his lucky stars falling into line, or does he deserve acclaim for the ever so rare feat of increasing his party’s number of seats as incumbent prime minister?

Will he be remembered as a daring reformer of the public sector and modernising Conservative who legalised homosexual marriage, or as the man who needlessly subjected his country to two electoral terms of austerity? The jury is still out.

There is more agreement that Cameron is a chauvinistic pig. Alongside his background, which many believe must have instilled him with sexism, two notable incidents count against him.

Firstly, the infamous ‘Calm down dear’ comment directed at Maria Eagle in 2011. It was a tasteless, sexist remark that suggested arrogance and entitlement. Nonetheless, one comment does not make a man nor woman, despite how in our social media age words often speak louder than actions. If we judge Cameron by his actions, our impression of him becomes more nuanced.

Another supposed stain on Cameron’s record on women is how he refused to pose in the Fawcett Society’s ‘This is what a feminist looks like’ t-shirt. After Miliband and Clegg wore the shirt, the subtext of the t-shirt’s slogan was ‘This is what an opportunist looks like’. It was a brazen, hypocritical publicity stunt from men who have questionable records on women. Despite not declaring himself a feminist, Cameron’s record compares favourably, but is by no means exemplary.

7 of 22 cabinet ministers are women, while Priti Patel (Minister of State for Employment) and Anna Soubry (Minister for Small Business, Industry and Enterprise) are on the rise. The nervous rumours emerging from Tory HQ that Theresa May might campaign to leave the EU encapsulate the influence she has. An important distinction to make is that the female Conservatives are in government, thus they wield real power and, being more in the public eye, have the ability to inspire young girls to follow them into politics.

Whether the effects of Tory austerity measures have hit women disproportionately is hard to quantify. What is certain is the positive impact the Tories’ business and fiscal policies have had on female employment. In 2014, the number of working women reached a record high of 14m and the gender pay gap narrowed. The BBC reported in March 2015 that the percentage of women on FTSE 100 boards had increased from 12.5% in 2011 to 23.5% at the time. Although these figures are still indicative of severe gender imbalance in the workforce, they nonetheless show improvements, which can be partially attributed to Cameron and the Conservatives.

Cameron may not go down in history as a champion of women’s issues, but he won’t be remembered as a sexist dinosaur either.