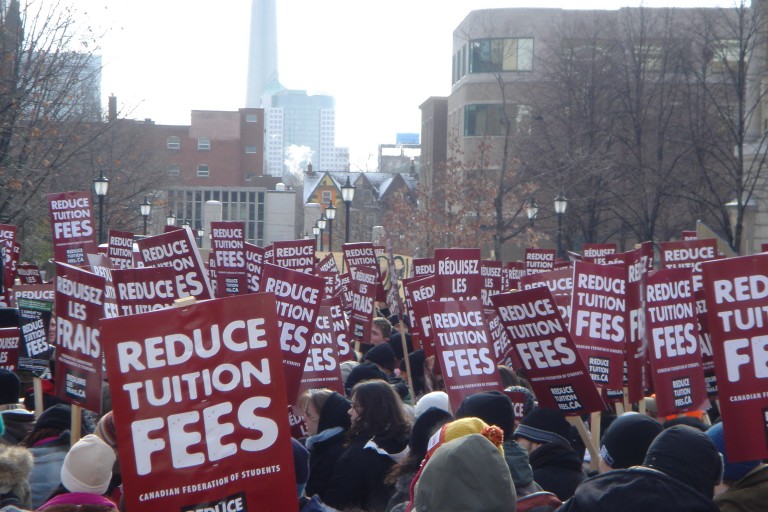 Tuition fees – a topic that has become more dangerous for politicians than their own pay.

The Liberal Democrats will vouch that this is no longer a subject to be taken lightly. At last years’ general election students showed that if a party tries hard to win their backing and then goes back on their word, they will be punished. This is a large part of the reason why the Lib Dems are now down to just eight seats. In Oxford East, for instance, where in 2010 they were the second party, they are now stuck firmly behind the Conservatives and are even behind the Greens. Their share of the vote in Oxford East fell by 22%. It is only natural that the student population should want to punish the Lib Dems for sacrificing one of their key policies when going into coalition.

Yet despite much of the attack and it feeling like common sense to be opposed to a policy where I will pay more, I actually believe that an increase in tuitions fees was a rational, and even a moral, thing to do.

I, like many other young people, was livid about university fees soaring from £3,000 to £9,000. It meant I was going to have to pay more. But over time I realised it meant I was going to have to pay more towards my own education. What is wrong with that? If it was the purchase of anything else then this would not seem like an outrageous proposition. If I told someone I’d never met before to buy my clothes or my dinner for me then that would seem like an unreasonable prospect, regardless of my financial situation. So why does this logic not apply to tuition fees? Not every young adult goes to university, it is not compulsory, why should anyone else be subsidising what I choose to do?

They shouldn’t. If I want to go and study history and politics at a world class university, and I can afford it, why shouldn’t I pay more? But even if one can’t afford it, the system is there so that you can still go. That is why our system has worked so well. With the increase in tuition fees we have seen more people from disadvantaged backgrounds going to the top universities because the universities have been able to offer more bursaries and work on their access schemes. In Scotland where a university education is free, there has been little achievement in bridging the gap between rich and poor going to university despite no one having to pay a penny. Furthermore, the increase in fees doesn’t seem to have put English students off applying; the number of applications is higher than ever.

And then think about what the alternative would be? If Labour had won the last election they would have reduced fees to £6,000 and made up for the rest through taxation. But isn’t that essentially the system we currently have? Few people will ever pay back their £27,000 of debt, and you don’t even have to start paying until you earn over a certain threshold. Then once you do start earning, they tax your earnings. There isn’t much difference between the two systems. Either way, most students will get a great education for relatively little. The shortfall will be made up for from the government’s tax receipts.

The same applies with maintenance grants. These should almost certainly be replaced with loans. I can’t see how it makes sense that someone who is doing medicine and will ultimately go on to earn huge amounts, certainly enough to pay back any money a grant would have given them, should have a grant as opposed to a loan. Grants treat all subjects equally even though some people are likely to go and earn more as a result of their subject choice. Grants ignore that people from poor families might go on to be very rich, whilst people from once wealthy families might go on to be relatively poor and still have loans. So whilst some people are angry about the end of maintenance grants, I think it’s right to bring about the end of this free money for people who may one day be very well off. If you don’t think the end of maintenance grants is a good thing then you may even be accepting a more regressive system in the long run where the poorest may have ended up paying the most.

So why are politicians scared to be speak the truth and say that raising fees hasn’t had any negative repercussions, and neither would replacing grants with loans? It’s because a lot of students nowadays sit in key marginals. Any party that holds student seats is not going to want to increase fees because it would be political suicide for their MPs. Meanwhile, on the whole, students are becoming increasingly engaged in politics and taking their right to vote seriously. Offering a reduction in fees might just persuade them to vote for your party instead of another.

But students need to realise an increase in fees isn’t that much of a bad thing. If you can afford to pay your loans in the future, you will, which is fair enough really. If you can’t, don’t sweat it, you won’t pay a dime. Sensible enough really. Yes there are problems with the Student Loans Company, such as the fact it works on household income and not parental income, and that it automatically assumes wealthy parents will subsidise their children. However, the fees themselves are not a problem. What students should be complaining about is the desperate need for a rise in the maintenance loan. For many students, whose parents cannot afford to subsidise their living costs, it just isn’t enough. Some students skip meals because they can’t even afford lunch! The Labour party pledge to cut fees down to £6,000 would have done little to improve this situation. It was a token gesture that would have made very little difference. By turning maintenance grants into loans, we could offer more in terms of maintenance to all students, thereby avoiding the problem of under-funded students.

So politicians need to be braver when discussing this issue. Be honest and say that increasing the fees has been a good thing. Eventually, people will come around. Tuition fees should no longer be a toxic issue.