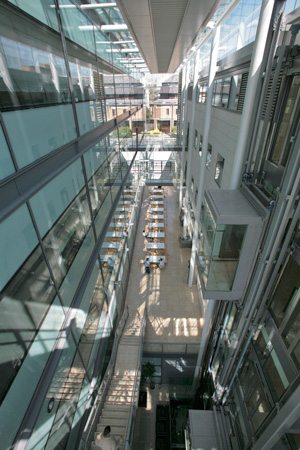 Oxford University’s Chemistry Department has been forced to apologise after circulating a list of students who failed their first-year examinations, in a blunder described as “unacceptable” and “humiliating” by students.

Earlier this month, the Department emailed all-second year Chemists, listing the 14 students who had failed at least one of their preliminary examinations. The email, sent on January 12th, also listed students who had withdrawn from study for the year.

The Chemistry Department made a similar mistake in October of last year, leading to accusations of incompetence and insensitivity.

A University spokesperson this week told The Oxford Student: “This was an unfortunate mistake and we have apologised to all those affected.”

He went on: “The Department of Chemistry have already taken steps to improve their processes so that similar mistakes are avoided in future.”

He said: “I’m sure this was just an administrative error, but it is still really disappointing, and suggests serious incompetence.

“An Oxford Chemistry degree can be really tough, and it would be very humiliating and upsetting for somebody to go through the stress of revising for an exam, only to have the fact that they have failed broadcast across the whole student body.

“I’m glad the Department has now apologised, and hope that this never happens again.”

OUSU, Oxford’s student union, also confirmed that they have received a complaint about the blunder.

Another Chemistry student, who wished not to be named, described the mistake as a “totally inappropriate breach of privacy”.

He went on to say: “The fact that they’ve made the same mistake twice shows how little they cared about it, since they clearly took no measures to prevent it from happening again. This is a painful reminder of how useless the Department really is.”

In January 2015, University College was forced to apologise to its students after sending an email to the whole college listing students who had performed poorly in collections. The College’s Academic Administrator at the time had to quickly ask students to delete the offending email.

Oxford City Council to increase the Oxford Living Wage to £10.02

Debate: Is rowing a good use of an Oxford student’s time?