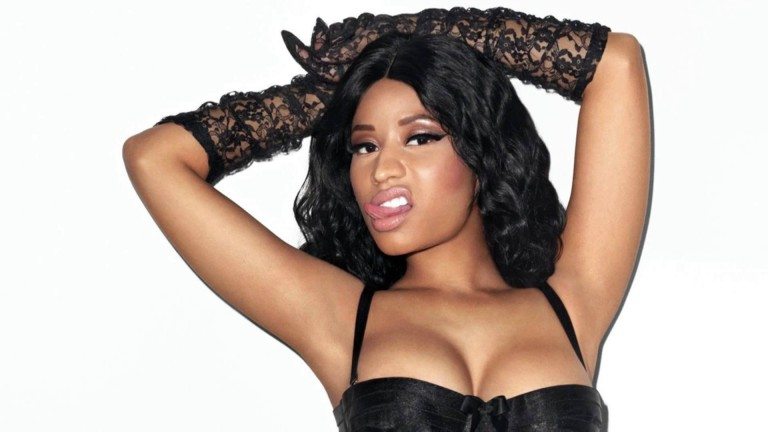 As the only female artist on Forbes’ list of The World’s Highest Paid Hip-Hop Acts 2015, and the most charted female rapper in the history of the Billboard 100, it cannot be denied that Nicki Minaj is a fighter. This time last year she was celebrating the recent release of her third studio album, The Pinkprint. Who could have known that the coming year would see her rarely out of the media, following high-profile feuds with major celebrities and a hugely successful world tour. In 2015 she established herself as an artist to be taken seriously, and what’s more, she has used her platform to tackle complex issues in the music industry and the wider community.

Minaj’s newest album The Pinkprint represents a shift away from the dance-pop material which originally gained her recognition in popular culture, allowing her to be more influenced by her hip-hop roots. The album resembles more her early mixtapes and guest-verses (see her iconic verse on Kanye’s Monster) than more recent singles such as “Stupid Hoe” or “Starships”: she seems now to have lost the syrupy quality to her voice, swapping frothy lyrics and fluorescent pink wigs for a gravity that is harder to find in her first two albums. Even in comparison with her much earlier material, it is clear that this territory is new for her. She goes deeper than she ever has before, creating tracks that connect with her fans on an incredibly personal level. “All Things Go” is raw emotion, with discussion of a teenage abortion, the tragic murder of her cousin and the effect fame has on her relationships with family all packed into five minutes. Elsewhere on the album Minaj raps about the pain of heartbreak and her struggle with addiction, and she later called Pinkprint “the hardest album I have ever had to do, write, be a part of”.

The music video for the first single off the album, “Anaconda”, missed out on a nomination for Best Video at the VMAs, despite being viewed 19.6 million times on the first day of its release, breaking the 24-hour Vevo record. Minaj called out the snub on Twitter, writing that “if I were a different “kind” of artist, Anaconda would be nominated”. This sparked a chain of events that included Taylor Swift accusing Minaj of ‘pitting women against each other’ and culminated in the infamous “Miley, what’s good?” acceptance speech following some disparaging comments from Miley Cyrus. The media were quick to choose sides and sensationalise a fight between such high-profile artists, but the message behind Minaj’s words extends beyond a petty feud. That message was that “black women influence pop culture so much but are rarely rewarded for it”, a comment on the hypocrisy of an industry which has profited so much from African-American culture but still celebrates white “women with slim bodies” – and Minaj had decided that she was not going to sit back and take it.

Her refusal to accept double standards is nothing new – when asked by an NY Times reporter if she ‘thrived on the drama’ of a feud between label-mate and old friend Drake and boyfriend Meek Mill a furious Minaj ended the interview. “That’s disrespectful”, she said. “Why would a grown woman thrive off drama?”. The message was clear: the feud was not Minaj’s concern. She prizes independence and determination, telling her “Barbz” to “go to school, graduate and get your own”, by being ambitious and “getting things done”. The talent and sheer hard work it has taken for Minaj to be where she is now – a female rapper who can compete (and win) in a man’s world – is a testament to her resolve and ambition.

Minaj was recently called out by Teen Mom’s Farrah Abraham for being a poor role model, but that couldn’t be further from the truth. There aren’t many female artists in hip hop but Minaj is killing it and she has proved time and time again that she will put the effort in to succeed in this business. 2015 was a year of scrutiny and controversy for Minaj, but as always she came out on top. As we enter 2016, I for one am excited to just sit back and watch the queen conquer.