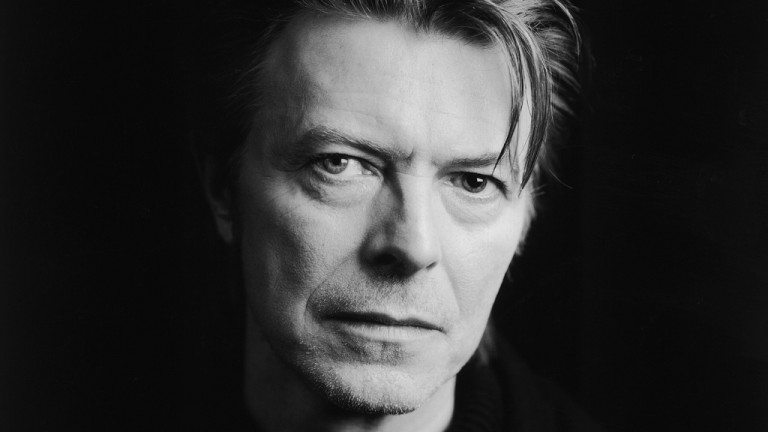 It speaks to the particular genius of David Bowie that he approached his death as, first and foremost, an artistic opportunity. The man who created, adopted, and eventually outgrown Ziggy Stardust, Aladdin Sane and the Thin White Duke – icons that have spoken to generations of music lovers and fashion followers alike – found himself tasked with adopting one last persona, the mask he would wear for his final curtain call. His performance in his last two videos forms a kind of apotheosis; infused with a raw, seething energy, grinning maniacally, belting out lyrics whose full meaning only became clear in hindsight; “I’m dying to/ Push their backs against the grain/ And fool them all again and again”. The Bowie of these videos is melancholy and introspective, but brimming with the energy of a mad trickster god. It’s an image that has gone relatively unremarked-upon in the media coverage of his death; most obituaries carried photos of his younger days, generally photos from his glam rock ‘heydey’. Few of the recent Bowie tributes have highlighted the artist that actually presented himself to us in his final moments; a fashion icon with as much style and charisma as any number of sparkling starmen or malnourished aristocrats, deserving of a tribute of his own.

Given what we know in retrospect, it’s surprising how alive the video for ‘Blackstar’ feels. At the centre of it all is Bowie himself; or rather, three of him. Bowie moves from priest to heretic to nightmarish scarecrow, the instability of his identity reflecting the oddness of the lyrics. We never get a proper look at any of these characters; they’re shot at odd angles, cut between frequently enough that we are never allowed to get comfortable. But the most intriguing of Bowie’s characters is the one we first meet; nicknamed “Button-eyes” by the director, the character wears the same worn and shabby-looking suit as the others, accessorised with a white blindfold with, well, buttons instead of eyes. Lovingly ripped off from Coraline, it’s a look of almost poignant simplicity; after decades of radical image-changes, Bowie’s final character is created out of scraps. But it’s a look that implies, not blindness, but a different kind of sight; he knows something we don’t know.

Button-eyes appears again in ‘Lazarus’, the last video Bowie ever recorded. He’s lying in a hospital bed, his black buttons standing out against the whiteness of the sheets. This contrast forms the main motif of the video; once we see Bowie with his blindfold off he’s wearing a monochrome jumpsuit, jerking awkwardly as if trying to remember how to dance. What initially look like shafts of weak daylight are actually thin stripes of white, reminiscent of the outfit from his 1975 photoshoot with legendary photographer Steve Schapiro. But that sense of introspection is tempered with a fierce strain of modernity; the camerawork feels straight out of Christopher Nolan, and the aspect ratio is reminiscent of a smartphone’s vertical video, Bowie’s face filling the screen in the manner of a selfie. Bowie was a trend-setter, but he was also, always, a trend-follower. One of the first rock stars to embrace the internet, Bowie demonstrated a constant awareness and appreciation of modern technology. ‘Lazarus’ could only come from a man who completely understands the culture into which he is releasing his final statement.

‘Lazarus’ ends with Bowie retreating into the dark, literally making his final wardrobe change. The consummate performer, walking off the stage. Of the many epithets tossed around regarding Bowie, “style icon” is one of the most common. This is almost, but not quite, completely inaccurate; Bowie was not one icon, but several; undefeated David, inscrutable to the last. And while the fashion world is poorer for his loss, it’s important to keep the future in mind. Because while Blackstar is a self-eulogy, it’s one which emphatically insists upon life. This is the Bowie style; keep changing, keep moving, keep finding new things to do, even in death. It’s the means by which he becomes more than human, and he makes a point of bringing us along. Even as he departs, the door’s left ajar.