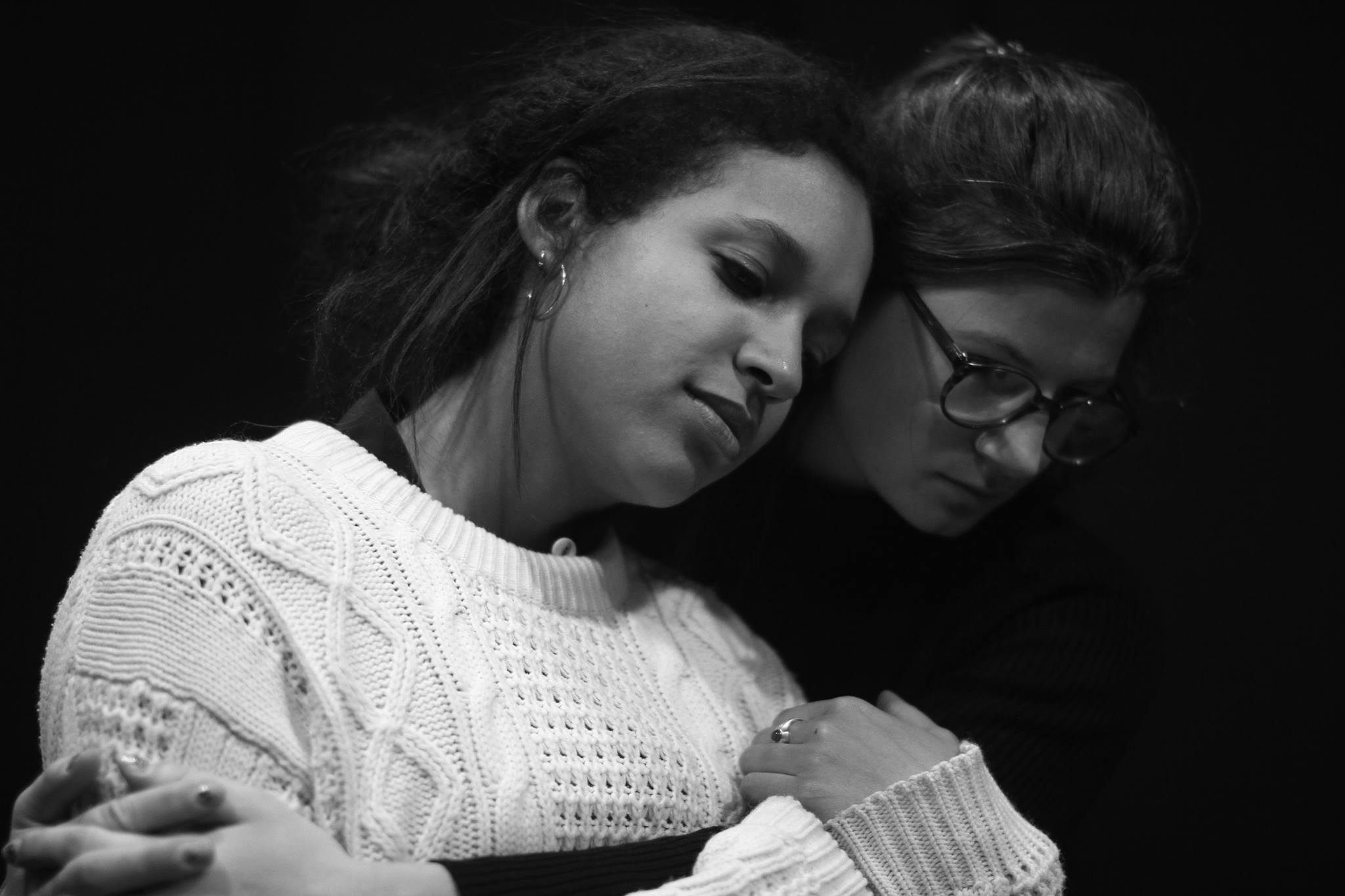 Set in the round, coloured light is refracted through suspended hexagons onto the small stage. It’s intimate and atmospheric, a perfect reflection of the play itself. Focussing on the relationship between warm, energetic Marianne (portrayed by Shanon Hayes) and easy-going Roland (Callum Lynch), ‘Constellations’ is Nick Payne’s smart and heartfelt play, brought to life by The Experimental Theatre Club (ETC).

At first glance the play is an evaluation of human relationships, following the couples’ life. We see their first meeting, the mundanities of their everyday lives and the challenges presented by infidelity and even cancer. However, this simple story of their life together is questioned and complicated by the multiverse theory: “that we are all living multiple lives and making different decisions in different universes”, which Marianne explains as part of her work as a physicist at Sussex University. The play itself is an exploration of this theory. No scene happens just the once; every conversation and decision is repeated and reformed, often simply through a subtle change in manner or gesture, and at other times by replaying milestone moments in their lives.

Hayes and Lynch welcome each scene afresh, riding the rollercoaster of emotion that Payne’s intelligent and disorderly script throws at them. Their playful and perceptive improvisation stops the performance from feeling laboured, and their chemistry is tangible. Setting the play in the round also really worked, providing the necessary intimacy between the audience and the characters. The physicality of the actors as well as the dim lighting focuses attention on each movement, with the small stage highlighting changes in tone. It is well choreographed and a master class in blocking, the result of Sammy Glover’s understated and refined direction.

The delivery sometimes got lost at the beginning of each scene, as the cross overs were not always clear cut, with points of breathlessness or a lingering smile. But flashes of light and electronic noises help mark the transition between each ‘universe’. Hayes and Lynch are both so natural in their performances, achieving such vulnerability that each moment is truly original, despite the recurring nature of each scene. The humanity of the play leaves you questioning free will and its agency in daily life.

Despite the unnatural fragmentation it is easy to become very attached to both characters in such a short space of time. It is short and intense, with very little else to support it other than its two strong cast. The ETC’s characteristic wittiness and edge, brought to the fore in the comic scenes which really shine, is no doubt instrumental in keeping the audience engaged. As an overall performance it doesn’t aim to be anything fancy; with good direction, clever sound and lighting there’s nothing stand-out or particularly bold. Constellations is instead a key example of the power of a great script and sublime acting. You are never left with a clear sense of which story line is the actual reality, but that’s the point. This production is really beautiful, I loved its simplicity and emotion. It really makes you think and that’s arguably the greatest accolade of any play.

A thicke choice of musical?