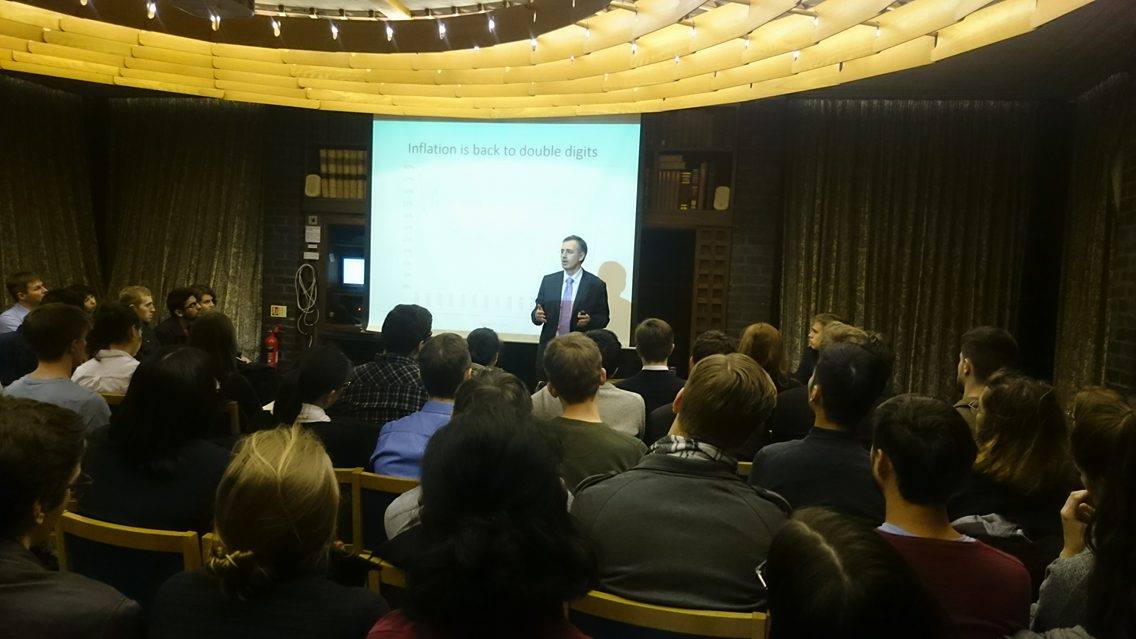 Russia’s leading liberal economist, Sergei Guriev, stated his belief that Russia will one day be a prosperous and democratic country, in giving a mixed picture of the future of the Russian economy at an event hosted by the Oxford Guild at Trinity College.

Mr Guriev, who will take up a new role as chief economist to the European Bank for Reconstruction and Development (ERBD) in the summer, fled Russia in 2013 after co-authoring a report criticising the conviction and imprisonment of the oil tycoon Mikhail Khodorkovsky. Prior to this, he had been acting as an advisor to the government of former President Dmitry Medvedev.

In his talk and a subsequent question and answer session, Mr Guriev also touched upon the impact of corruption on the Russian economy and the possible worst-case scenario that could face the country over the next 3 years, as structural problems, low oil prices and western sanctions all continue to bite.

The worst-case scenario would see the Russian Federal Reserve exhausted by 2016 even if the government continued with its austerity programme and oil prices dropped as low as $30 per barrel. Even at $40 per barrel the reserve would be dry by 2017. The western sanctions imposed upon Russia following its involvement in the conflict in Ukraine and its annexation of Crimea in 2014. The Russian economy is expected to contract again this year.

In addition to the current problems, Mr Guriev also pointed to long-term structural problems, such as a poor investment climate and a loss of human capital, which were also serving to hold back growth in Russia. Despite this, his talk also touched upon the fact that many Western banks want to invest in Russia and are only prevented from doing so by the current sanctions.

In replying to questions, he touched upon the psychological problems that had hurt productivity in the Russian economy since the collapse of the USSR, which he said were driven by a lack of competition. He was not able to answer questions as to why the Russian economy had not been diversified in its boom years up until 2009 due to his role with the EBRD and links to the cabinet of the previous President.

Nikita Gladilin, who organised the event said “Ultimately, the most important personal goal for me is to help students learn more about Russia, which I think is extremely under represented at this university.”

Mr Guriev is a professor at Sciences Po in Paris and is currently on the advisory board at Oxford’s Blavatnik School of Government.