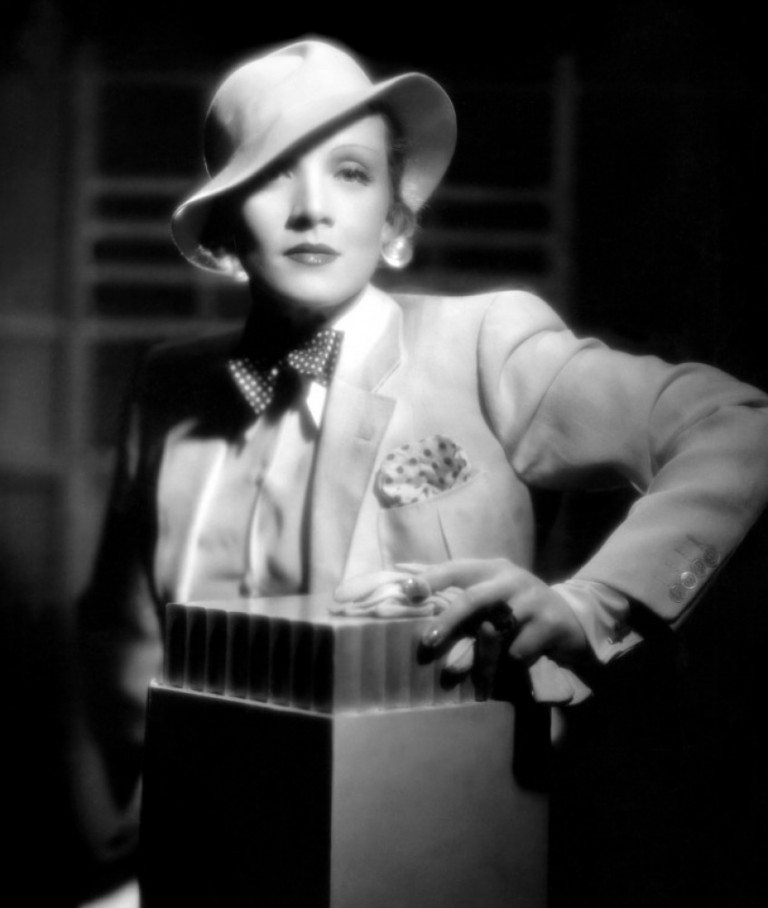 A History of Androgyny in Fashion

Androgyny has always existed, and it’s important to clarify that in this article where the terms ’androgyny’ and ‘androgynous’ are used, I will be talking about clothing, appearance and playing with traditionally gendered items of clothing to create a look that doesn’t fit comfortably into the categories of masculine and feminine; not gender or sexuality.

People have been experimenting with androgyny in the way they dress for a long time. Although many more designers are starting to push the boundaries much more frequently in their collections, the idea is really nothing new. Take, for instance, 17th century Western European styles of dressing; men looked particularly androgynous when they were sporting towering wigs, white stockings, petticoat breeches, which were so baggy they looked more like a skirt and copious amounts of ruffles and lace. In the 18th century, the Chevalier d’Éon, a French diplomat, soldier, spy and freemason, spent much of his life donning both masculine and feminine clothes. Amantine-Lucile-Aurore Dupin, otherwise known by her pseudonym George Sand, caused quite a stir in 19th century Paris, where she wore masculine jackets and trousers, though she mixed this with other more traditionally feminine characteristics such as her long hair.

1920’s women’s clothing was also extremely androgynous, especially considering the flouncy skirts and cruelly exaggerated waistlines that had gone before it during the Victorian period. A boyish silhouette took over, leading some young women to bandage down their breasts to achieve the fashionable flat chested look. The Symmington Side Lacer was a particularly sought-after corset that helped to achieve this look. Hair was usually bobbed short, but women still continued to mix these more masculine traits with fabrics like chiffon and lace. Furthermore, the Land Girls or the Women’s Land Army during the First and Second World Wars helped to push for the acceptance of women wearing more traditionally masculine cuts and fabrics, such as brogues and knitted fisherman’s sweaters, for practical reasons as well as actresses Marlene Dietrich and Katharine Hepburn helped to popularise suits for women in 1930s Hollywood. 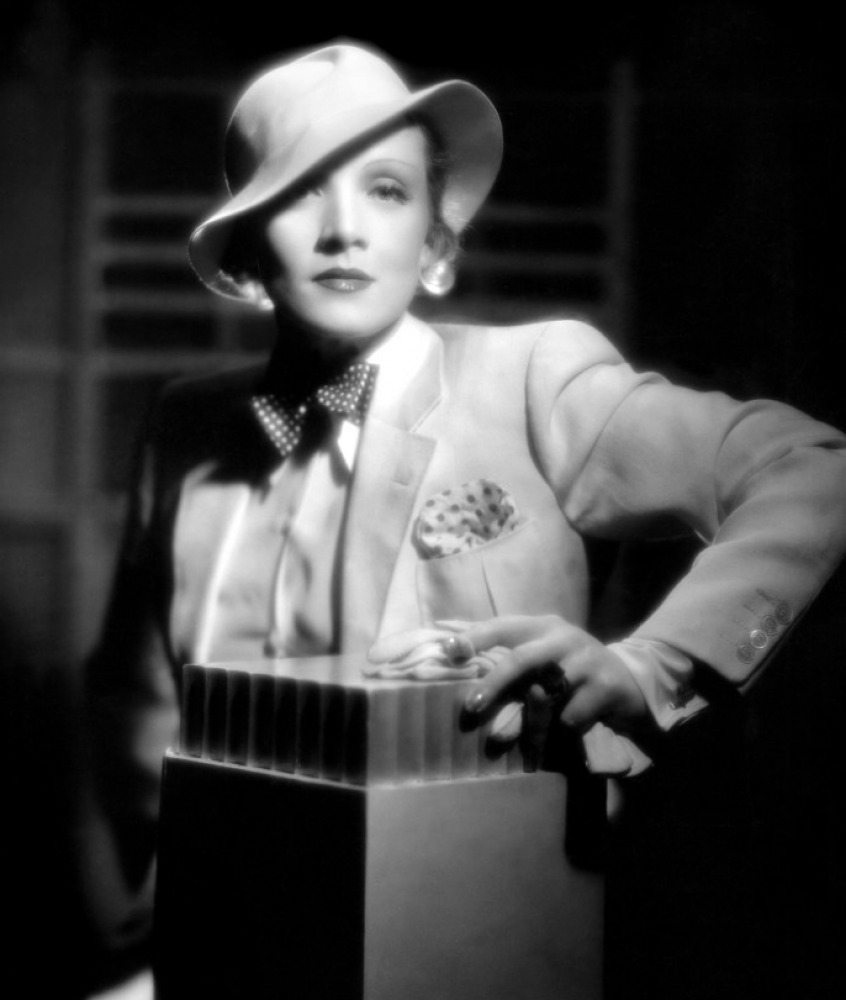 Elvis Presley and James Dean are often cited as being two of the first androgynous figures in popular culture, due to their penchant for wearing make-up. Hippy men began wearing their hair long and flowing, alongside their floral smocks and tunics. 1966 saw the release of Yves Saint Laurent’s Pop Art collection, inspired by Roy Lichtenstein and Andy Warhol, including the iconic tuxedo for women, Le Smoking. Famously, Le Côte Basque restaurant in Manhattan turned away New York socialite Nan Kempner because she was wearing the tuxedo and said, “Pants look very nice on some women but they do not belong in a restaurant like La Côte Basque any more than swimming suits. We will continue our policy: no pants.” Other French designers like Pierre Cardin and André Courrèges released collections featuring much more box-like shapes, much like what had gone before in the 1920s but with mini lengths and synthetic fabrics. Mick Jagger went even further in his androgynous style when in 1969 he appeared on stage in London’s Hyde Park wearing a Mr Fish dress and Twiggy helped to popularise a more masculine, waifish figure for women, again a reaction against what had gone before during the 1950s with Dior’s New Look.

Music, as ever, helped to popularise what was going on in the fashion world during the 1970s. Vivienne Westwood wore the same ripped t shirts, safety pins and jeans as her muses The Sex Pistols and David Bowie appeared on the cover of his 1970 album The Man Who Sold the World in a Mr. Fish dress, like Mick Jagger before him. Two years later, he and Andy Warhol went to create his most famous alter-ego, Ziggy Stardust, who was characterised by his flaming red mullet and lightning bolt make-up. Marc Bolan and Jimi Hendrix also experimented with bell-bottom flares, platforms shoes, sequins, headbands, and plenty of ruffles. The vogue for women’s tuxedos started by Dietrich and Hepburn was mimicked by Diane Keaton in Woody Allen’s classic film Annie Hall wearing a suit. 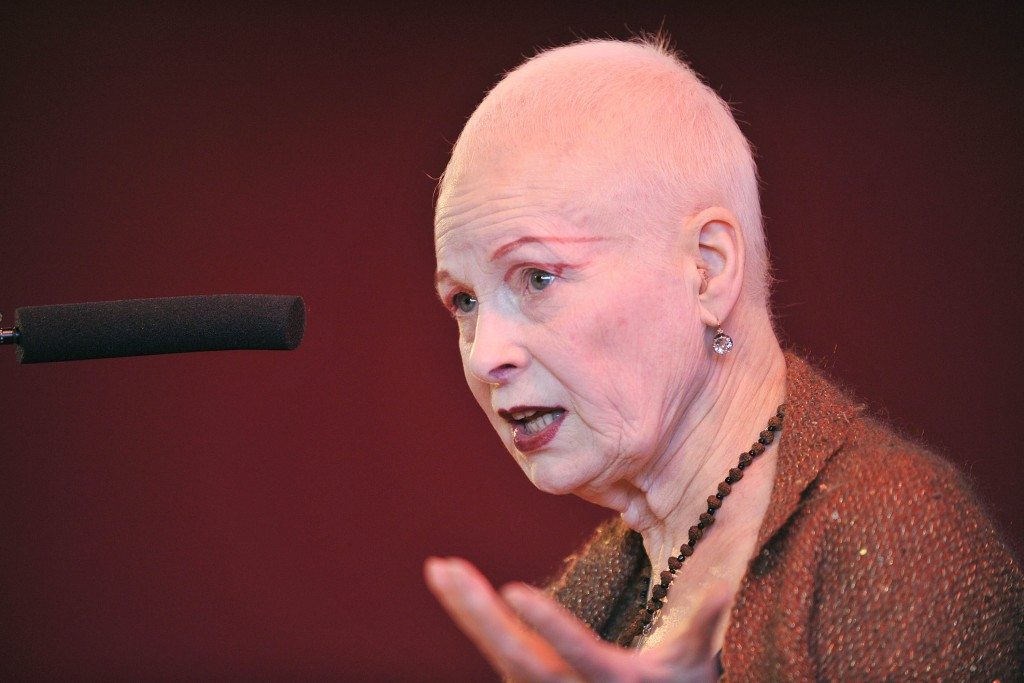 Annie Lennox’s iconic orange buzz cut on the cover of the Eurythmic’s 1983 album Touch and suit attire created a huge buzz around the idea of androgyny. Lennox told US Vogue in March 2015 that her androgynous appearance was all about “taking a sort of masculine power as a woman who didn’t want to be objectified.” Women’s workwear capitalized on these ideas and Karl Lagerfeld and Valentino began offering jackets with large masculine shoulder-pads. Jean Paul Gaultier’s 1984 collection And God Created Man saw the debut of skirts for men, which he followed up in 1985 with a collection called Une garde-robe pour deux, where he showed a tuxedo jacket draped over a bustier. Gaultier continued to push past and challenge the gender boundaries surrounding fashion and in 1992 he was photographed by Paolo Reversi wearing a cone bra. Comme des Garçons were also key purveyors of the androgynous trend in their 1988 Autumn Winter collection, featuring masculine dark jackets over flouncy, pale and girlish dresses and skirts. The 1990s also the rise of a South Korean trend called the Keo-Peul-Look in which couples dressed to match.

All this ground work throughout the 20th century has meant that from the millennium onwards, androgyny has become commonplace in designer’s collections. Key brands and designers include Vivienne Westwood, J.W. Anderson, Jean Paul Gaultier, Meadham Kirchoff, Céline and Prada, who all produce mannish tailoring for women and even high-heeled boots for men. Balenciaga’s Spring Summer 2011 show featured androgynous models and Selfridges even opened a pop-up store named Agender, featuring brands like Haider Ackermann, Ann Deuelemeester, Rick Ownes, Raf Simmons and Tomorrowland. For the 2015 collection Meadham Kirchoff cited Quentin Crisp as an icon and said they wanted people to “make their own alternate worlds and ways of expressing themselves.” The recent men’s shows in London featured many more androgynous looks, like Gucci’s pussybow blouse and beret combination. Androgyny has always been a part of fashion and always will be, as long as creative designers continue to try and break out of the confines of gendered clothing. 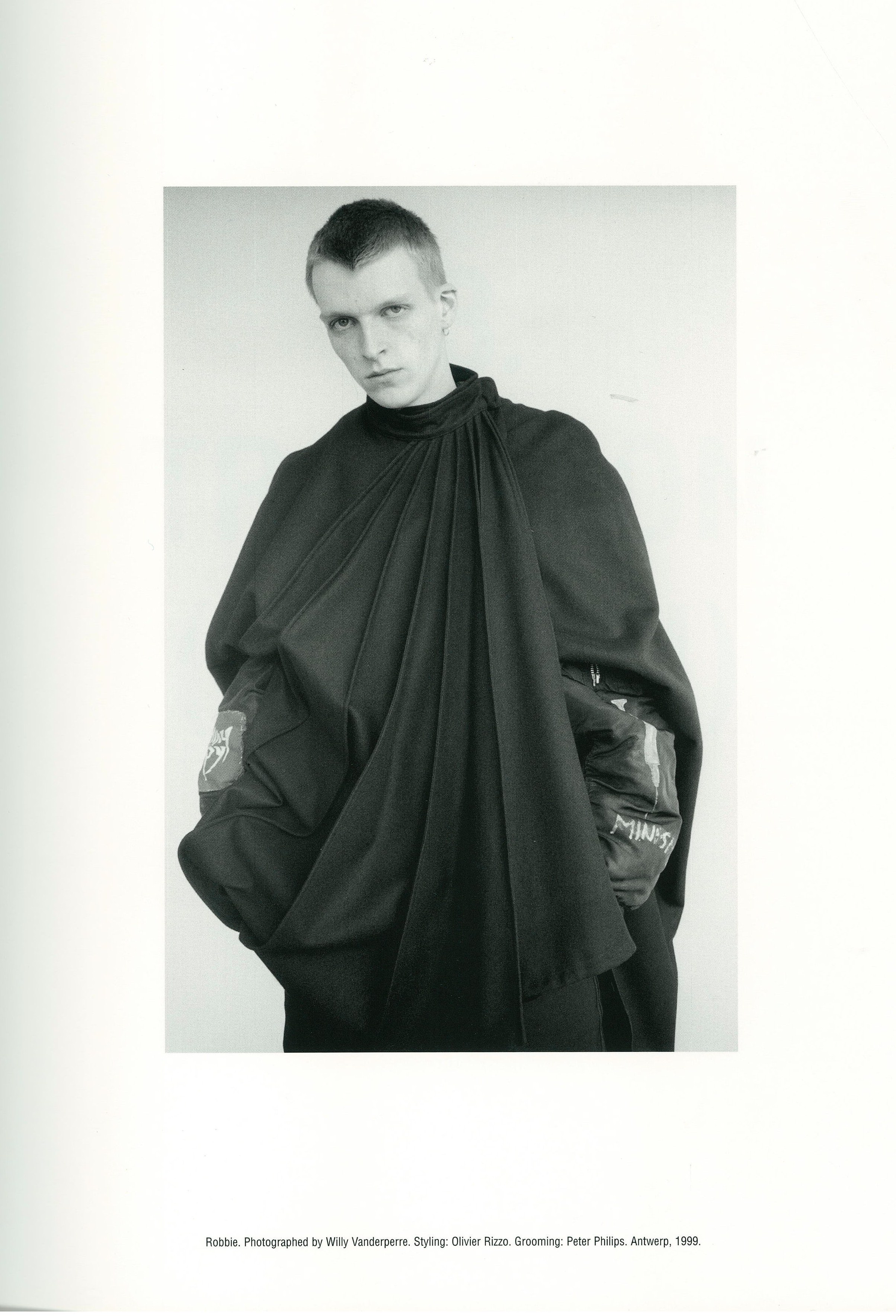