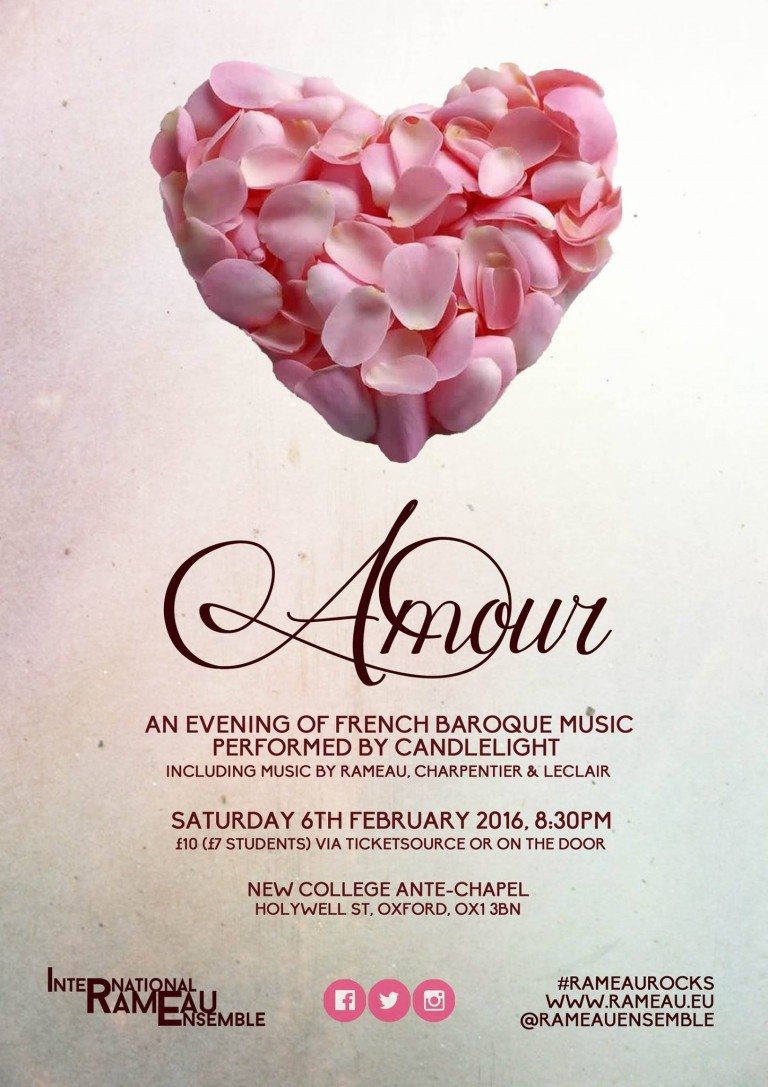 The International Rameau Ensemble was founded in 2014 with the intention of shedding light on one of the most unjustly marginalised composers of the early-eighteenth century, Phillipe Rameau (1683-1784). The group’s creation coincided with the 250th anniversary of the composer’s death and has, in its two years of existence, gone from strength to strength, performing at St George’s Hanover Square and the 2014 International Rameau Summer School.

Rameau’s oeuvre, as one of the most prolific composers of French Baroque music, spans a number of genres, but he is perhaps most famed for his operatic works. His Hippolyte et Aricie (1733), despite its relatively unknown status today, was revolutionary and paved the way for a whole new operatic conception – both musically and dramatically – in the latter half of the eighteenth-century.

Tomorrow evening (Saturday 6th Feb, 8.30pm), the International Rameau Ensemble will be performing a wonderful array of music by Rameau, as well as by other composers of the French Baroque. Conceived around the concept of love – the title of the concert is ‘Amour’ – works featured by Rameau will included excerpts from Dardanus, Les Indes galantes and Pièces de clavecin en concert. Other works included Rebel’s Violin Sonata in D minor and Charpentier’s Celle que fait mon tourment.

The International Rameau Ensemble bring with them a host of brilliant performers and soloists. Katherine Blumenthal (soprano) and Lawrence Olsworth-Peter (haute-contre) have international experience of performing this repertoire. The stage director, Dionysios Kyropoulos is currently studying for his DPhil in Music at New College, and is already demanding attention from production companies across Europe.

Set in the beautiful New College Ante-Chapel, and performed by candle-light the concert promises to be a beautifully atmospheric evening of French Baroque music often neglected by other Baroque performance groups. With something that will appeal to even the uninitiated, this is a unique opportunity that should not be missed.