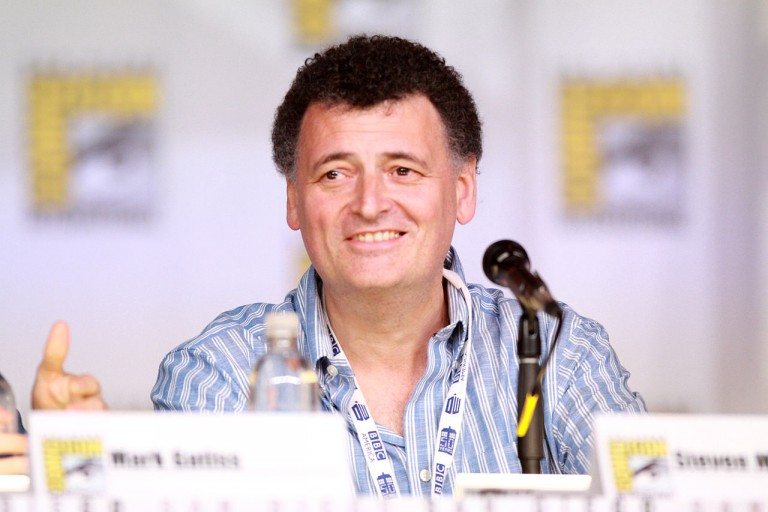 Steven Moffat’s Legacy: The CON Side

It could have been worse. When earlier this week Steven Moffat, longtime writer and showrunner since 2010, announced his decision to leave Doctor Who after the end of next series in Spring 2017 it marked the biggest change in personnel at the BBC since #TopGeargate last year. Moffat has managed to make his exit without decking a single producer or working even one racial slur into a nursery rhyme. Kudos to him for that. But in many ways the 54 year old writer had come to occupy a similarly untouchable position within the BBC. Exalted by those at the top and pandered to by editors, he has in recent times produced some of his most convoluted and self-indulgent efforts.

That’s not to say that these have been terrible episodes. Even the flabbiest have been enlivened by the dry wit of Peter Capaldi, whose chemistry with Alex Kingston (River Song) was again on full display in the most recent Christmas special. Moffat deserves credit for introducing both actors to the program and lovingly curating their plot arc.

Yet, nobody could claim that these compare to Moffat’s earliest ventures. The lifelong fan announced himself by a string of perfect episodes. With ‘The Empty Child’ he successfully sent both parents and children scurrying behind the sofa. His lonely schoolboy in long socks was more frightening than any incarnation of Dalek or Cyberman ever could be. Then his finest hour came in 2007 with the standalone episode ‘Blink’, giving Carey Mulligan an early role and introducing another terrifying antagonist in the weeping angels.

But more recently Moffat, the three-time Hugo Award winner, appears to have completed his transformation into full-time fanboy. The cleverness remains, although the plots have evaporated. Where previously each episode of Doctor Who worked as an independent story now they seem targeted only towards a small following of initiates who can be relied on to chortle at every encoded self-reference. The same phenomenon is there to see in his latest series of Sherlock. Like watching bad jazz, it’s a worrying sign when the performers look to be enjoying themselves more than the audience.