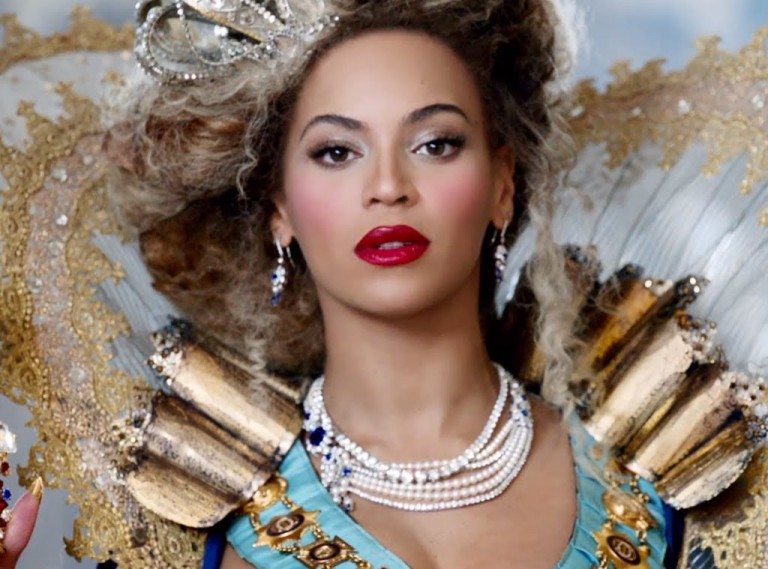 ‘I came to slay, bitch.’ And slay she did. Unless you’ve been living under a rock for the past 24 hours, you won’t have missed Beyoncé’s surprise release of her new track ‘Formation’, on the eve of her hotly anticipated Super Bowl performance. The track, along with its video, has  generated a lot of hype – and rightly so.

The setting is crucial: New Orleans, a city notorious for its police brutality and explosive racial tensions, though the opening visuals also give a nod to the state of devastation the city was left in following Hurricane Katrina, which disproportionately affected black communities. But the specific southern backdrop is much more than that. The deep South has a shameful black history, and Beyoncé herself hails from Houston, Texas. It’s the perfect arena in which to celebrate herself as a powerful and successful black woman, to celebrate the blackness that is ignored by society, and to make a potent call to arms, an empowering affirmation that black lives matter. In under five minutes, Beyoncé achieves these things, simultaneously taking on personal, professional and racial criticisms and broadcasting a much wider political message. The voiceover of Messy Mya, an LGBTQ social media celebrity in New Orleans until their mysterious death in 2011, should also be highlighted.

The aesthetic of the video is nothing short of formidable. Everyone in the video is black, with the poignant exception of the white police officers confronted by a young black child. Beyoncé creates a world in this video where blackness is not an alternative category, but just IS. The outfits Beyoncé wears appear to channel the mixed-race black women of Louisiana in the 1800s. The references to Martin Luther King and the mid-1800s fashions all serve as reminders of black marginalization. Racism has not disappeared, and the ‘STOP SHOOTING US’ graffiti reinforces the message of the Black Lives Matter campaign. A clever juxtaposition of modern day racism with monumental scenes of black history, allows for stark comparison, and more importantly, the drawing of similarities. In each scene however, where black people in our world are the objects of oppression, the roles have been subverted. Bey straddles the New Orleans police car as it is submerged in water, and the police surrender to the black boy. The image of the black boy evokes imagery of the succession of young black men who have been killed by police, such as Emmett Till and Trayvon Martin, who the police assumed were a threat simply because of their blackness. The positions of power have been flipped in favour of black dominance, and instead the realities of historical oppression confronted.

Focusing in on Beyoncé herself, the lyrics of the track are an empowering battle cry –‘okay ladies now let’s get in formation’ – there’s no disputing that this is a call to arms. There is a lot of black natural hair love going on too, and placing her daughter Blue Ivy front and centre in the video, along with the line ‘I like my baby hair, with baby hair and afros’ was certainly a dig at critics of her daughter’s natural hair. This is a celebration of black femininity. All of the men in the video are used as frozen background props, whilst Beyoncé remains very much the centre of attention. This again is a role reversal of the general trope in which women are placed in the background of music videos as ‘accessories’. The rhetoric is confrontational and self-assured. Beyoncé parades her wealth and status (‘I just might be a black Bill Gates in the making’) and bats away those illuminati rumours.

Indeed the release of the track was a clever and calculated move. It’s Black History Month, and Formation’s live debut will be at the Super Bowl, regularly charted as the most watched television event in history. The Super Bowl represents a demonstration of overt masculinity and virility, where the whole of America and a lot of the world has no choice but to pay attention. Formation has undoubtedly released a strong statement on black identity and pride, that we should certainly sit up and listen to.