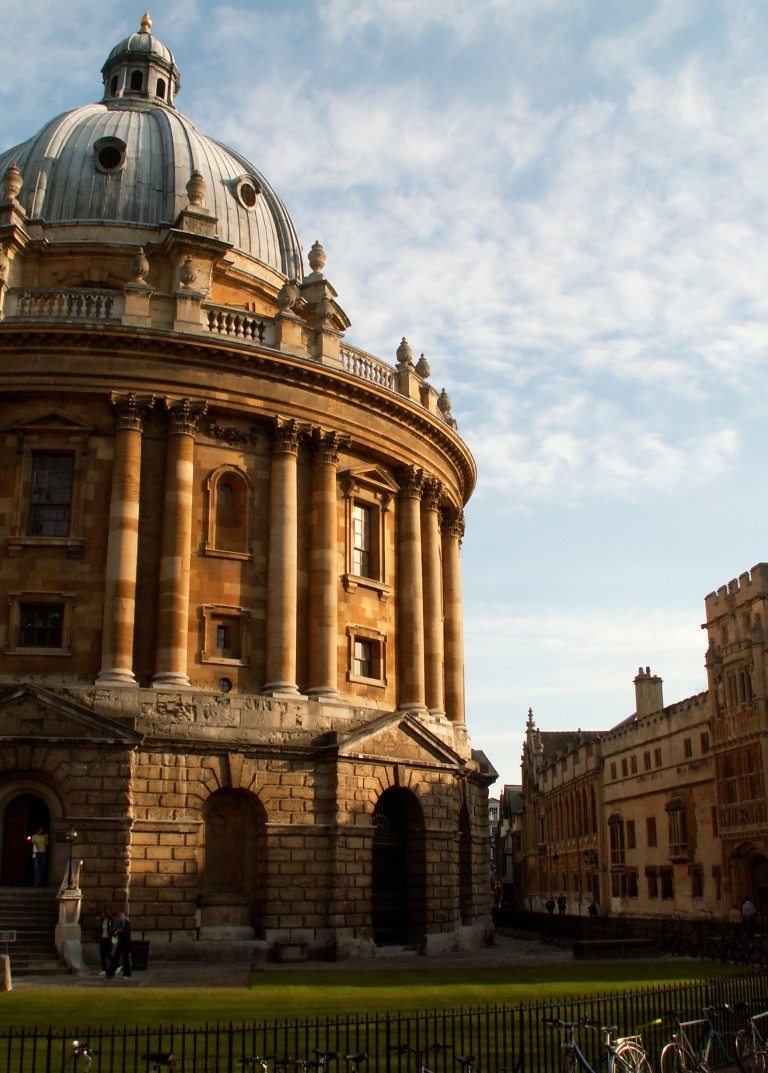 Oxford University is an exceptional place. It is world renowned and notoriously difficult to get in to. It is recognised as being one of the best universities in the world and for taking in only ‘the best’ students. But what happens when ‘the best’ are all put together and you’re no longer a big fish in a small pond?

This is a problem I’ve encountered and know others have too. How does one respond, when all around them are exceptionally talented people, seemingly excelling at all they do? How does one come to terms with oneself in such a shadow? How does one learn not to view oneself in the context of others?

I guess the simple answer is that there is no simple answer. For me personally, coming from a poorly performing “special measures” comprehensive, grappling with my own sense of personal, academic, professional, and yes even cultural inadequacy has been almost a daily occurrence. Sometimes this is striking and sometimes it is more insidious.

The most striking examples are perhaps the most easiest to address. In relation to me personally, I’m referring to things like applying to vacation schemes and facing a barrage of rejections, whilst seemingly others are suitably organised and readied, with such provisions already sorted. More broadly it’s the idea that others have already prepared themselves for their careers and post-university life, whilst I haven’t. And it’s not for a lack of trying.

In an academic sense, it’s the insidious idea that no matter how desperately hard the duck paddles its feet under the water, progress seems only to travel at one speed. In other words it’s the idea that no matter how hard one works, either one doesn’t seem to make the academic breakthrough they were hoping for, or that someone else will seemingly and with apparent minimal effort, seamlessly outperform them.

This can be difficult to come to terms with.

In a personal sense it can be even more striking. Not being as good-looking, as popular, as confident, as funny as others can be crushingly undermining. How does one compete? Does one even bother to try and keep up? Is there any point?

However, for me personally, the most upsetting of all my feelings of inadequacy in this university of exceptional people, is perhaps my feelings of cultural inadequacy. The idea that somehow my way of life, my background and my life experiences are somehow incompatible with Oxford. For me, it’s not a crushing sensation, but it seeps in and out of my time in Oxford and lingers in my mind whenever it appears.

It is deeply rooted in my sense of personal inadequacy and can often be forced out, often unintentionally, even in the most simple and casual of encounters. For me personally, the disparity in cultural capital between myself and some of my peers can be upsetting and destabilising. But should it be? Should this disparity be ignored when it obviously exists? How can it be ignored when so many people at Oxford are from such a similar background?Sometimes I feel like it is not rational to get upset by the fact I cannot play a musical instrument, speak another language, or exchange any kind of knowledge about the classical works of Athens or Rome. Sometimes, I feel embarrassed by not indulging in some cool, indie and alternative gentrified music genre, instead preferring throw-away Kylie pop music, that I don’t approach with any sense of academic curiosity, but purely because I like it.

So when these notions of cultural, personal, academic and professional inadequacy amalgamate, you’re left with one individual who feels largely inferior to their cohorts.

And it would be all too easy to say, ‘oh well you shouldn’t’ – even in spite of the fact that logically I, or anyone else in a similar position, shouldn’t, because realistically someone else’s idea of what is ‘success’ or valuable should not bear influence on the decisions of an individual who lives for themselves and not for the respect or approval of others.

But it will always be there. This sense of inadequacy will always exist so long as Oxford remains an institution for the middle-middle and upper-middle classes.  Whilst their ideas and values form a cultural, academic and professional hegemony in the university, anything that does not adhere or comply with these norms and values will be inadequate.

And this goes further than just a class-culture divide. I am sure a similar sense of inadequacy will exists for all groups that exist outside the framework of who this university was built for: white, upper-class, straight men.

In my mind, I seek to conclude that these marginalised cultures or sub-cultures or life experiences or norms and values are no less valuable or important than the current hegemony. So how do we tackle this sense of inadequacy, because we can’t be left to feel that who we are is inferior?

To me, there seem two solutions: ignore it; or not only internally challenge one’s own sense of inadequacy, but also vocalise such thoughts. In this sense the only viable path is that we countenance not only internally, but argue to all inside this university, that just because we do not have a ‘desirable’ amount of cultural capital, share similar examples of privilege, or value or prioritise the same hallmarks of cultural, personal, academic or professional success, does not make us inadequate. It makes us reflective of the real world that exists beyond the boundaries of the phony dreaming spires. And no more should we feel guilty of not adhering to this standard of success we had no role in shaping.