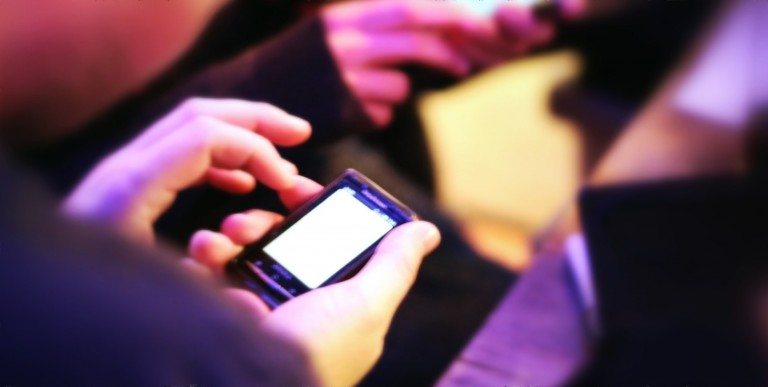 Ghosting on Tinder: reasons and ramifications

Every time I see the poster for The Phantom of The Opera, I think of ghosts. But this one wears no mask, or if he does, it is made of glass. If he haunts, it is not some Parisian theater, but my phone. I never needed Tinder before Oxford. I lived in Paris, and was fine with being single most of the time, and met the guys I went out with at parties, or in the case of my most recent boyfriend, while getting enrolled in Dutch history of the arts. (What’s up Nathan? Sorry for breaking up with you after a crap Klimt exhibit!)

I am weary of dating in small communities. We all know this person who had to drop out of two societies and four social events because of romantic drama, and we’ve all thought we know better than that. We don’t. That, and given the very little amount of gay guys at my college led me to try Tinder. There, I experienced a trend. A match, a nice chat, and the setting up of a date. But then comes the dreaded message: “Definitely! I just have to check with (insert authority) but it should be alright.

If you receive this on Tinder, you’re dead in the water. After a time of mutism, you send him a message on the day of the date, and he will answer six hours later, saying oh no, sorry, I’m (insert excuse related to aforementioned authority) :(( (Notice that men who do this will often use a plethora of smileys at that point to make you believe that they are emoting. They are not.) They then will never answer you messages again, and disappear from your life.

This is known as ghosting, the act of disappearing from a dating paradigm. Being ghosted on Tinder is fairly low-key, if not bruising, although it did result in me getting stood up in second week. The thing about ghosting is that people think it’s harmless. I imagine these men who’ve stopped talking to me probably thought I too had other plans, and did not really want to go on these dates. But the thing is I really enjoy getting to know people -anybody, romantic or platonic- over a drink. And it felt personal.

After one ghost too many, I tried to settle how I felt, and the only word that came to mind was disposable. For an amount of time, I felt like I was what these men told me I was: some generic Franco-American guy who wasn’t worth the time or energy to go on a date with. Which I had never seen myself as before, and now did.

What changed this was an interaction at a party with a very sweet, very smart boy who sighed that the more he talked on Tinder, the less likely it became for girls to go on a date with him. The realization was threefold. First, I felt less alone. So it wasn’t just me! The second part was total baffling. This guy was one of the sweetest persons I’ve ever met, and I could not imagine his conversational skills as a turnoff for anyone. And then came fear, that this person would one day walk up to a girl he really liked, and hear these creeping thoughts, that when he talked, people left. I felt like he was the last person who deserved such a thing. Which in turn made me realize that I did not deserve it either. That this haunting was not personal, but global. After this night, I tried to communicate with the ghosts like some kind of medium.

They say ghosts are spirits animated by deep pain, fear, or anger, think Hamlet’s father, or the Phantom of the Opera. In an environment as high-pressure as Oxford, I believe ghosting constitutes for many people a way to claim what they’ve lost. After having been stellar students, they find themselves in environments where they are average, and attempt to recapture the validation they felt through their work and now feel through a collection of matches and conversations. But of course that feeling is entirely shallow, and does not allow for them to even entertain the idea of dates. The ritual is accomplished, they have absorbed the attention and affection you have showed, and they will now move on to the next host. Although this may seem harsh, I also believe that this manipulation, amounts to a flexing of intellectual muscles, and a way to underpin a confidence in one’s abilities. What one loses at Oxford is also a feeling of control, which lies in your tutors, your exams, your supervisors; in short, the power structures. Ghosting is once more a way to regain this control, you are in charge of whether you will go on a date or not, and of course if you did, you would risk rejection, not only destroying the previous sense of validation, but also losing your sense of control.

I think of ghosting as a deliberate act of manipulation, hand in hand with a lack of accountability. It is the entertainment of two fantasies: of yours, that you can trust what that person says at face value; and of theirs, that they are not bad people, you see, they tried, but were too shy, or too busy, or some other excuse. And then, it is a cycle of possession, when ghosts keep latching onto you, absorbing your sense of self and your trust in others, which eventually turns you into one of them. It is a disease of cynicism one can so easily catch.

My advice to people who get ghosted is that they should not banalize this violence, and they should understand that you find yourself paying the price for those people. But when you get ghosted, it means nothing to your character, but it does to theirs. Fundamentally, the way ghosters deal with anxieties is to exorcise them onto other people: kill the object they can, not the one they want to. The visual I used to have when I was ghosted was myself, reduced to the size of a phone screen, pinned under glass. And these men, immense like deities, withholding their powers. But now, it is quite different. Now, I see them, trapped in the fog of a ghastly body, unable to see through its vapor, to see people as people beyond their own interests. Unable to connect, enclosed in a pale veil of smoke.

Being ghosted is damaging to your self-esteem, and to the general belief that many of us secretly share and harbor, that things will work out. But remember that even if having flesh and blood sometimes hurts, being real is its own reward.