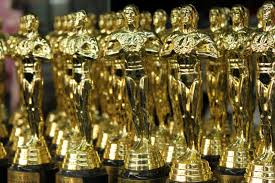 Jada Pinkett Smith, Charlotte Rampling, Matt Damon, Lupita Nyong’o are all people who have had their say about what some will label the Oscars controversy.

For the second year the Oscars have shown how little diversity matters to them, with not one single non-white person being nominated for any acting category. Some will argue that actors of colour were not good enough. Charlotte Rampling, who bagged a nomination for best actress for her role in 45 Years, has gone as far to saying that the whole controversy is racist to white people, clearly ignoring what racism actually means.

Jada Pinkett Smith and Spike Lee are just a few that are boycotting the Oscars as a result of this lack of acknowledgment of BME talent. Even Cheryl Boone Isaacs, the academy’s president, who also happens to be a Black woman, expressed her disappointment at the Oscars being so white.

The Oscars are of course a problem. Something like 90 per cent of its members happen to be white men. And the lack of diversity amongst the members is of course to blame for failing to acknowledge the talent of filmmakers and actors who are portraying stories that don’t relate to their narrow cultural perspective.

But the Oscars being so white is also symptomatic of an industry that is really that white. The executives at the top movie studios from which most Oscars contenders come are most of the time white, old men, more concerned about keeping it safe by producing films that are seen as safe, films that portray ethnic minorities in stereotypes, and women as mono-dimensional. Not too long ago Buzzfeed gave evidence of this by reading some casting calls in Hollywood, which clearly reduced ethnic minorities to nothing but caricatures.

Screen writers, directors, casting directors and producers are all predominantly white, and until diversity is improved there, I find it unlikely that the Oscars will become less white and that the wealth of stories produced by the film industry will be true to the positive influence of diversity.

Of course the Academy has made the first step by acknowledging that it has a problem and have promised to become more diverse by 2020. That is clearly not going to be enough. Even Matt Damon, the actor who came under fire a while ago for suggesting that diversity is only needed in front of the camera, has acknowledged that there’s much to be done to redress the race and gender balance in Hollywood. And he’s right, this time. Hollywood as a whole needs to do more when it comes to diversity, and it cannot claim to be representative of America until it reflects the fact that America is such a diverse place.

The British film industry is not much better when it comes to diversity, either. Idris Elba, actor in ‘Luther’ and ‘Beasts of No Nation’, attested to this fact in his address to MPs in Parliament.

The TV and Film world is a window into our world and it has the power to shape our views of it, our perceptions. When film does not reflect the real world, talent is ignored and trashed. “Talent is everywhere, but opportunity isn’t.”  Creative decision makers, in Britain and the US alike, have the power to determine which stories are told. So far they have been using their power to bring about the same old stories where white characters, men, straight, able bodied people are multidimensional, and where everybody else is nothing more than their skin colour, their gender, their sexual orientation or their disability.

We can’t be what we can’t see. When imagination is too narrow minded, constrained in a box that does not see beyond its experiences and limitation, imagination ceases to be imaginative. Talent is unable to reach opportunity and performances worthy of recognition are too often brushed aside.

The Oscars are now aware of their diversity problem and are doing something about it. However, until Hollywood follows in the footstep of the Academy by actively doing something to promote diversity, the world will stay the same: a world where mainly white performances are worthy of praise and anything else is put in the trash.