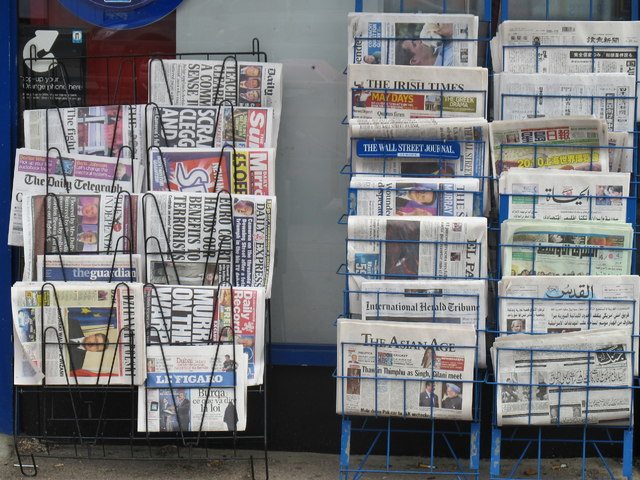 An unlikely symbiotic relationship is developing between the western media and ISIS. Every brutal execution video ISIS produces provides a sensationalist story for newspapers to report on. The media duly propagates the video and advertises its existence to the public. It has reached the stage where journalists are trawling the internet looking for the next brutal murder or the next claim of responsibility for a terrorist attack by ISIS. Everyone wants to be the first to break the latest horror story.

The reason the western media’s approach to reporting on ISIS is particularly problematic is that it gives the impression that they are much more powerful and dangerous than is really the case. This is not to say that they do not pose any threat, but they do benefit significantly from media exaggeration of their international potency. For example, as soon as ISIS claimed responsibility for the Garland shootings in Texas last year this was the headline of most reports on the attack. There was never any clear evidence that it was actually organised by ISIS and it seems most likely that they just acted as an indirect inspiration to the perpetrators. However, the media’s focus on ISIS’ claim meant that it was quickly assumed that they really were behind it, playing straight into the organisation’s hands.

The war on ISIS is not just a military battle but also a battle for hearts and minds. When newspapers report another instance of someone from a Western country choosing to go and live under ISIS, they seem unaware that they are part of the cause of this defection. By acknowledging and even disseminating ISIS propaganda and by writing dramatic and attention-grabbing articles on it, they are aiding the organisation in spreading its messages to its target audiences. One such audience is disillusioned, often relatively young, Muslims in the West. ISIS wants them to be fed the idea that it is a strong, powerful state which they can join in order to feel the excitement of combat and uniting against the enemy.  It also wants the general population of Western countries to think that it is powerful and poses an international threat.  Both of these suggestions are being propagated by the media when they circulate ISIS’ claims to be behind terrorist attacks or report on the latest execution.

One of the key solutions to the problem of the current representation of ISIS lies well within the grasp of the western media. Richard Barrett, a former British counter-terrorism chief has argued that we should be making greater use of those who have chosen to return to the west having spent time living under ISIS.  These people have had the scales lifted from their eyes as to what it is really like to live under Sharia Law, and have also seen the desperate situation the Islamic State is really in. If the media focussed more on distributing what they have to say about it rather than on the more sensational stories provided directly by the terrorist organisation itself, this would be a profound improvement. Until this change is made the Western media will continue to be an accidental ally of ISIS.