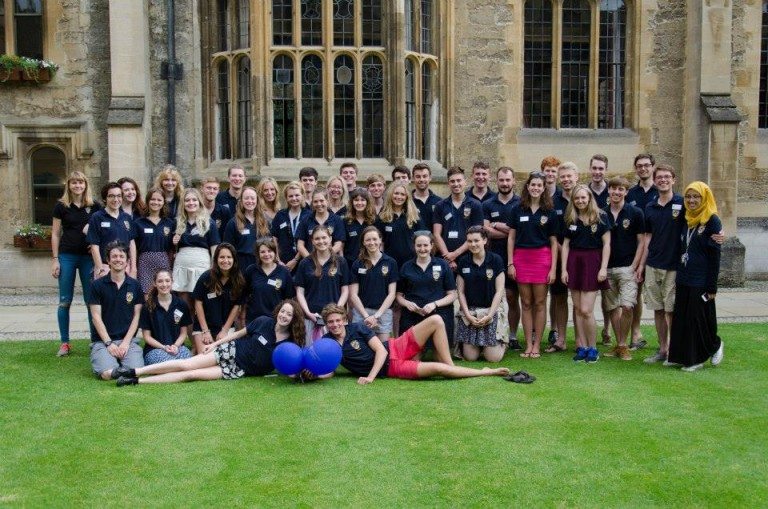 A few months ago I wrote an article entitled “Oxbridge is not the be all and end all” in response to another article that said there was virtually no point in going to any other university. And I truly believe that. I like to think that I would have been happy at any university I applied for and got accepted by (still not quite over my Durham rejection). Yet the main media outlets today seem to make it seem like Oxbridge is the be all and end all, the pinnacle of high society, the strongest bastion of elitism. When you get to here you’ve made it in the world. Many of them seem to do this to imply that Oxbridge needs to change its ways, yet their negative articles do more damage to access than any college (even one with a statue of a colonialist at its entrance) could do on its own.

First of all, as I hope many of you will have seen, the statistics used in the article were grossly misused. Brasenose may only have a 12% acceptance rate for students coming from state schools, but this compares with only a 13.5% rate from private schools. Therefore the difference is not actually that great. The reason why both these figures is so low is because Brasenose is one of the most oversubscribed colleges in Oxford.

And why is it that we’re so oversubscribed? Because our access team is among the best. Our access officer Joe Organ is one of the most highly respected access officers at the university. I mentioned him to a tutor at Pembroke once and the tutor replied, “Joe really is fantastic asset to your college”. Brasenose does among the highest number of outreach schemes of any college. Our achievements in our catchment area, North Yorkshire, are reflected in the fact that our JCR president and bible clerk are both from state schools in Yorkshire. Both were visited by Joe Organ and his access team. Brasenose JCR President even said if it hadn’t been for Joe she would never have applied. We are not a stronghold of elitism like the Guardian might want people to believe. Brasenose has twice been voted the happiest college in Oxford and I honestly believe it is because of our inclusivity. The majority of students who come and look round on the open day are blown away by the friendliness of the helpers.

So why am I bragging about these great access achievements of my college? Well it’s because the media can and may well have undone all that hard work in the space of one article. Look at the damage that the press has done to Oriel College over the past few weeks. I am hugely concerned about the impact that this may have on Brasenose.

The line that gets me most is:

“critics say Brasenose is turning down strong state school candidates who are good enough to win places elsewhere in favour of candidates from independent schools.”

First of all I would like to know who these critics are and what statistics they are using. A proper look at the statistics from the Sutton Trust report would show that Brasenose is better than average in terms of taking students from state schools. Most of all is the fact that this claim is so untrue. Tutors don’t care what school you’ve been to. Frankly they just want someone who isn’t going to send them to sleep during a tutorial, and who is vaguely literate. They don’t care if you don’t know the correct way to pass the port. They just want someone who has half (and maybe a little bit more) of a brain.

The Guardian is clearly trying to take a stab at Oxford for continuing to be an elitist club. But that just isn’t the case, and in suggesting that it is, they are just putting off more students from state schools from applying. They are propagating myths that make bright students afraid to apply.

But the Guardian isn’t the only one that is guilty of this. The Daily Mail doesn’t help by having albums of end of exams trashings as if to say “oh look at the unusual rituals these elitist intelligent people have”. The Telegraph every year has articles about the “hardest ever exam questions”, normally things that would never be done in an interview nowadays. They are all doing more damage than good. They make it seem like the students of Oxford and Cambridge are something separate to the rest of the student pool, and we’re really not. We are normal people who like to have fun by spending time with our friends, going clubbing (although personally I don’t like clubbing as it is an opportunity to showcase my dad dancing skills), and getting drunk (yet again I don’t do this as I make enough of a fool of myself without alcohol).

They so rarely look at schools. They never suggest that maybe teachers should install at a younger age that all students should aspire to Oxford, that all students should aspire to the best. Because I still think for most young people, it never crosses their mind that they might be good enough for Oxbridge. I went to a state secondary for key stage three and four, and there was very little emphasis on university in the first place, let alone Oxbridge. My sixth form was a private school, and put Oxbridge on the agenda for everyone. So it’s not really surprising that there’s still this discrepancy – many state schools simply don’t suggest to their students that they can aspire to more.

Today I actually saw a half decent article in the telegraph by a girl who had been rejected by Oxford last year. She said she was heartbroken at the time but that she realised it was for the best. She wouldn’t have been cut out for it and someone much more deserving probably sits in her place. I think this best sums up Oxbridge admissions. Everyone who gets to the interview stage will be smart. Its whether you can hack this soul destroying system of two essays a week.