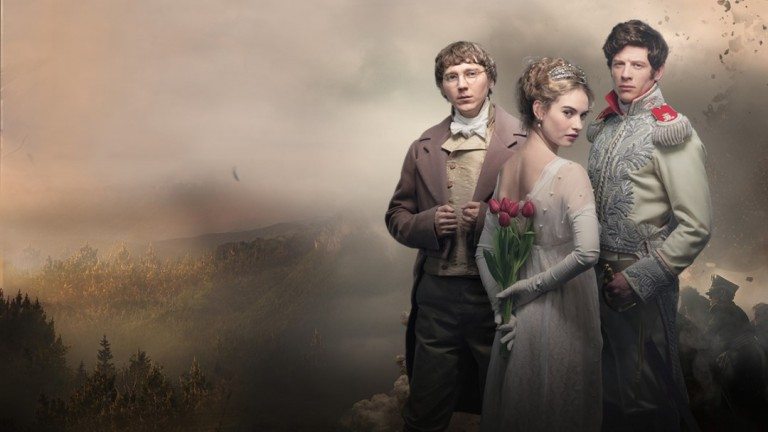 The BBC certainly cannot be criticised for lacking ambition; producing a fresh interpretation of Tolstoy’s magnum opus is no easy task, particularly with scores of previous interpretations already available and a veritable masterpiece as its source. As with any adaptation, the transfer from page to screen meant the risk of losing the original’s charm – happily, the risk has paid off in the form of an inventive and dynamic addition to the canon of Sunday night drama.

Andrew Davies’s screenplay prioritises action over accuracy to no real detriment of the series. While sticking faithfully to the original where it counts, Davies has modernised the text enough to draw in both Tolstoy readers and casual watchers; part of this is the controversial inclusion of gratuitous sex scenes. It is true that the series has been limited somewhat by its creators’ determination to give it a sexy slant – the lustful and even incestuous undertones may have been what Tolstoy intended, but it is telling that he left these details to the readers’ imaginations rather than declaring them outright. Nevertheless, such innovations have kept the complex storyline from growing stale, and no adaptor can be blamed for wanting to put his own fingerprint on the object of a thousand other interpretations.

This is not to say that the adaptation has utterly captured the spirit of Tolstoy’s masterpiece. Challenging though it would have been, Davies could arguably have sacrificed some of the programme’s modernism for a deeper exploration of Tolstoy’s philosophy; the driving force of the novel was a fatalistic view of history, and this is not quite captured in the action-based screenplay. That said, it is worth viewing War and Peace not as a faithful representation of its source material, but a particularly elegant addition to the glut of sumptuous period dramas – what it lacks in depth, it certainly makes up for in style.

Lily James is captivating as Natasha Rostova, the charming female lead whose light-hearted demeanour complements the darker performances of her male counterparts. The brooding hero Andrei Bolkonsky is played with startling depth by James Norton, who combines the archetypal ‘tall, dark and handsome’ role with refreshing sensitivity. Paul Dano is perhaps the weakest of the leading trio as Pierre Bezukhov, although his subtle performance brings some balance to the melodrama provided by James and Norton. The supporting cast must also be commended for the life they breathe into the scandalous society of nineteenth century Russia, and yet this array of arresting characters have been somewhat written into the shade by Davies, whose focus remains on the three leading roles. Once again, we must consider the difficulties of compiling a notoriously lengthy tome into a six-part series; the sacrifice of a wider focus allows the true pulse of Tolstoy’s story to shine through.

Beyond considerations of the script and stars, War and Peace must be seen as a stylistic achievement in its own right. It is heartening to see the BBC putting such effort into developing its drama, particularly in an age where television is quickly becoming entertainment’s most innovative dimension. Despite the fast-moving plot, director Tom Harper intersperses busy scenes with moments of stillness to emphasise not just the character-driven narrative, but the beauty of the adaptation’s design. While neither fully true to Tolstoy nor committed to modernisation, War and Peace is a sleek and surprisingly sexy drama worthy of a watch in its own right.